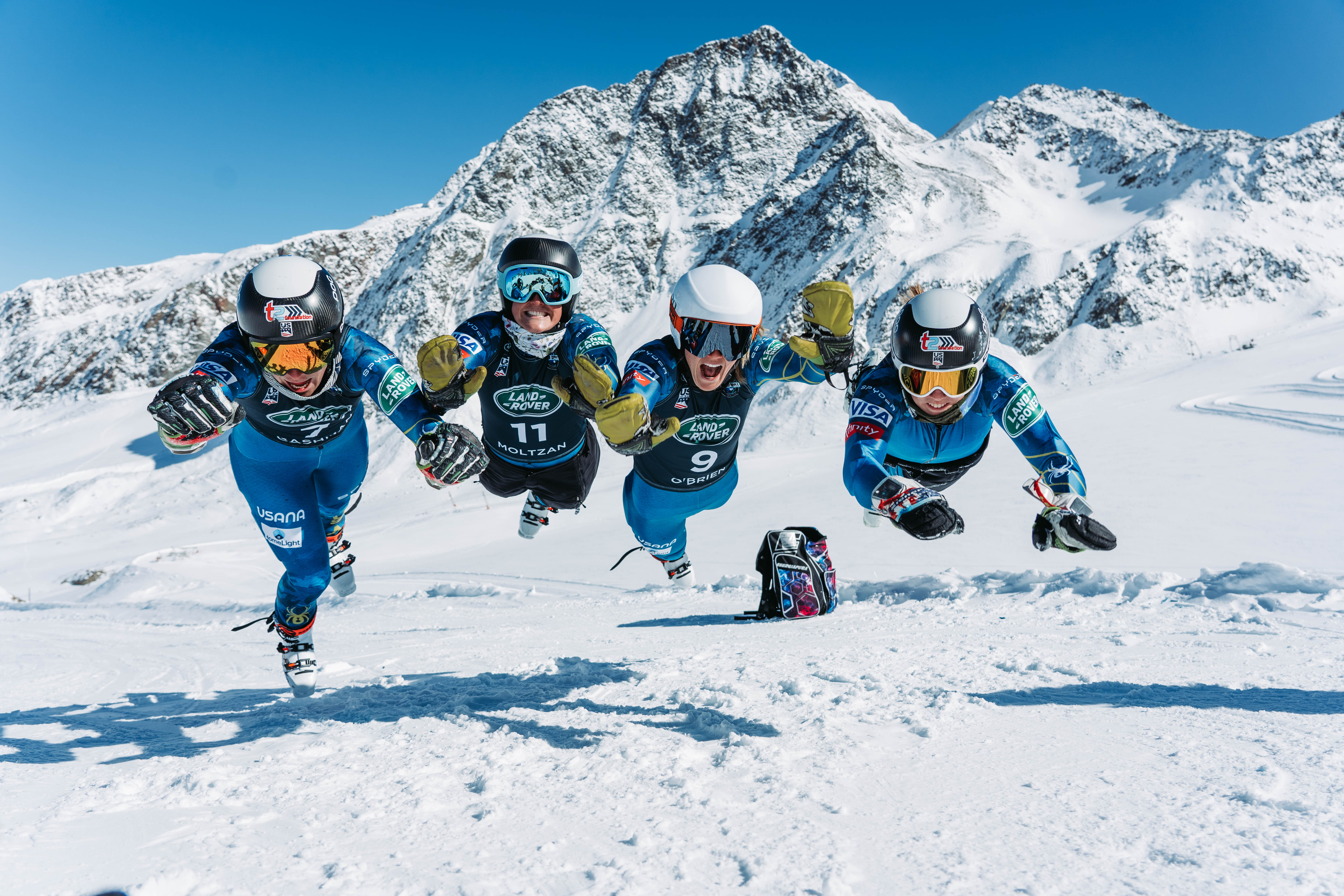 The Land Rover U.S. Alpine Ski Team is diving into the 2020-21 season this weekend in Soelden, Austria for the FIS Ski World Cup opener! (Ryan Mooney)

UPDATE - Oct. 16: The FIS Ski World Cup kickoff is now available to view LIVE in the United States AND Canada! Tune in this Saturday and Sunday as we kick off the season at the Rettenbach glacier in Soelden, Austria with women’s and men’s giant slalom races.

The much anticipated return to competition will kick off this weekend on the Rettenbach glacier in Soelden, Austria. Though a familiar face—two-time Olympic champion Mikaela Shiffrin— will be missing this weekend due to the fact that she tweaked her back in training last week, 2019 Xfinity Birds of Prey World Cup victor Tommy Ford, two-time Olympic champion Ted Ligety, and seven-time national champion Nina O'Brien will be leading the way for the Land Rover U.S. Alpine Ski Team.

In what is always considered a bit of an outlier race of the season because no one knows what to expect after the long offseason, the FIS Ski World Cup will kick off on Saturday, Oct. 17 with the women’s giant slalom, while the men will step into the start gate on Sunday, Oct. 18. The 2019-20 season came to an abrupt end when COVID-19 struck last March, and though the North American races have been cancelled, athletes and staff are full of gratitude for the opportunity to have a season at all.

The U.S. Alpine Ski Team skied less this summer than past years due to travel restrictions imposed as a result of COVID-19, which meant athletes tried to squeeze in as much training domestically as possible, between official training sites Copper Mountain, Colo. and Timberline Lodge and Ski Area in Mt. Hood, Ore., as well as Mt. Bachelor in Bend, Ore.

Not only is the “White Circus” dealing with unknowns associated with COVID-19, but the World Cup season also was pushed to one week earlier than originally scheduled. We caught up with Tommy, who had his career-best season in 2019-20, finishing the season with two podiums, including his .80 second win on home turf at Birds of Prey, and ranked fifth in the world in giant slalom. Last year, he finished fourth in the Soelden World Cup opener.

“The offseason was an odd one,” he reflected. “It allowed for a slower progression of strength training which was nice until I hurt my shoulder. We had an awesome camp at Mt. Bachelor in June and then I separated my AC joint while mountain biking. While recovering from that my Dad, Uncle and I started building a shed. Spending more time at home than I have in recent history was nice, but strange. Like with a race approaching, staying anchored and present was tough throughout the lockdown, the social unrest and the wildfires. I think everyone got a taste of what added tension does to our psyche. Love one another. For now, it's nice to be on snow and able to feel that free flowing feeling. Looks like a race could even happen this weekend.”

Now veteran of the Team, Ted has had his fair share of success at the venue, including four victories, seven podiums, nine top-five finishes, and 11 top-10 finishes. Last year, Ted finished in fifth place, behind teammate Tommy Ford (who finished fourth), and ahead of Ryan Cochran Siegle’s 11th place finish—a career best giant slalom finish for him. The young guns, Bridger Gile, George Steffey, and River Radamus, will round out the start list for the men. This will be 2020 NorAm overall, giant slalom and alpine combined winner Bridger’s (who just had a birthday on Oct. 15) first World Cup start, and George’s first World Cup start at Soelden.

Typically known as a slalom specialist, 2017 NCAA Slalom Champion (University of Vermont Cats), Paula Moltzan, will be starting in just her second World Cup giant slalom start, but don’t let that number fool you. Keep an eye on Paula, as she’s been skiing fast in training and she’s very likely to be the dark horse from the back of the pack. “This is going to be my first time racing Soelden, and I’m a little nervous and a little excited to see what all the hype is about,” said Paula on Thursday after training at Schnalstal, Italy. “I’ve heard some horror stories and glory stories, so I’m excited to see how it pans out for me.”

Introducing: this year’s @landroverusa U.S. Alpine Ski Team look, courtesy of @spyderactive...and the awesome tech duo of @nina_obrien and @paulamoltzan. We can’t wait to get this party started. 🔥🔥🔥#spyderactive

So psyched to unveil the @landroverusa U.S. Alpine (men’s) Ski Team @spyderactive kit for 20-21!! @riverradamus and @bridger_gile getting our stoke levels rising from @soelden.official for the @fisalpine World Cup opener. 📶 More to come with the full uniform unveil in November. 👌🥳 #spyderactive River Radamus gets amped in the start as he preps for Soelden. (Ryan Mooney)