Davis U.S. Cross Country Team Trains Apart, While Mixing It Up Together

For cross country athletes, summer is the time to build base fitness and enjoy the opportunity to add new elements to their training regimes. It’s also the time for camps and getting to know your new teammates. But, unfortunately, due to the ongoing coronavirus pandemic, this summer has been anything but normal.

The athletes of the Davis U.S. Cross Country Team have yet to get together as a team in a training camp setting. However, having the opportunity to train with their club programs or in small groups has provided a sense of stability and competition as they push each other throughout the summer.

“Obviously, we're living in a weird time right now,” said 2018 Olympic gold medallist Jessie Diggins following a workout with her Stratton Mountain School Elite Team teammates recently. “It's been hard to make plans, and we can't really count on camps happening, but I feel so fortunate to be part of this training group because I feel like we have a very solid group of individuals who are really committed to each other and everyone brings so many cool strengths to table.”

13,000 calories, 22 liters of @skratchlabs, and 1 full container of Gold Bond powder later. That was a weirdly good time! Thanks @sophiecaldwell @williamtcarroll @pat_o_brien @fullytorched and @katharineogden for the candy, burritos, long pulls, and fresh chamois!

Between the mountain trail runs, rollerski sessions and gym workouts, the Stratton Mountain School crew have also ventured into new training territory too.

“I’ve been on the mountain bike a lot. I’ve been on the gravel bike a ton,” said two-time Olympian Simi Hamilton, who along with his wife Sophie, has also been living and training in the mountains of Central Vermont with the Stratton Mountain School Elite Team. “I went on a 210-miler, and then another 110-miler just exploring the backyard and a lot of roads I've never been on before. So it's been awesome!”

New Englander Julia Kern, who took her first World Cup podium this past season, is also staying close to home this summer. After chasing the last bit of snow throughout the mountains of Northern New England and wrapping up a semester of classes at Dartmouth, she is back in Stratton mixing up her training with mountain biking too.

“Summer has been really good back in Stratton training with the team,” Julia said. “For some of us it’s really nice because of the consistency, staying local and keeping things simple is really easy. But at the same time, we want to make sure we’re mixing it up and keeping (training) exciting.”

But at the same time, Julia - and all of her teammates - are really missing the snow. “It’s been really hot and humid here and I don’t do well in the heat,” she said. “I’m definitely going to be missing New Zealand camp (Snow Farm) this year and getting on snow.”

Meanwhile, on the other side of the country up in Alaska where summer snow is usually accessible on the Eagle Glacier - but not this year due to the pandemic - Sadie Maubet Bjornsen has found interesting ways to turn yard work into a workout.

“I have been a firm believer that challenge often brings new opportunities, so I am remaining positive about what this change in training could bring,” Sadie said. “I have been doing a lot of the same activities with exception to strength. My new way of strength is very "grassroots" where I am using my husband’s woodpile, and objects in our yard to get strong. This brings almost a playful aspect to my goals, which I have really enjoyed this summer.”

Along with Sadie, Rosie Brennan, Gus Schumacher, Luke Jager, and Noel Keefe are all in Alaska either training with their Alaska Pacific University program or in small groups.

“I have been lucky to have a small group of women that I have been training with all summer,” Sadie said. “We have created our own small bubble that we do our best to keep some distance between ourselves as we ski down the roads or trails - but also recognize we are not avoiding ‘risk’ altogether. I am lucky in the fact that we all have similar goals, so we all take the risk equally seriously.”

“I've been doing a lot of training with Luke Jager...and Noel Keeffe just arrived in Alaska so I've had the opportunity to do some sessions with him,” Gus said. “Luke and I have been training more together than we ever have in the past and it's been really nice. We have a good mix of skills to push one another.”

As July rolls into August, the World Cup season - currently slated to kick off in November - is  just four months away, and everyone is excited to get together in some type of a team atmosphere. But for now, weekly team video calls will have to suffice.

“For now, I feel really happy with how my own training has been going,” said Jessie, who has added Pilates into her training program to improve her core strength. “But, it would be amazing to connect to the whole team so we can get to know all our new, younger team members in person, and we will at some point.” Hopefully, that opportunity will come in October when the Davis U.S. Cross Country Team plans to get together in Park City, Utah. 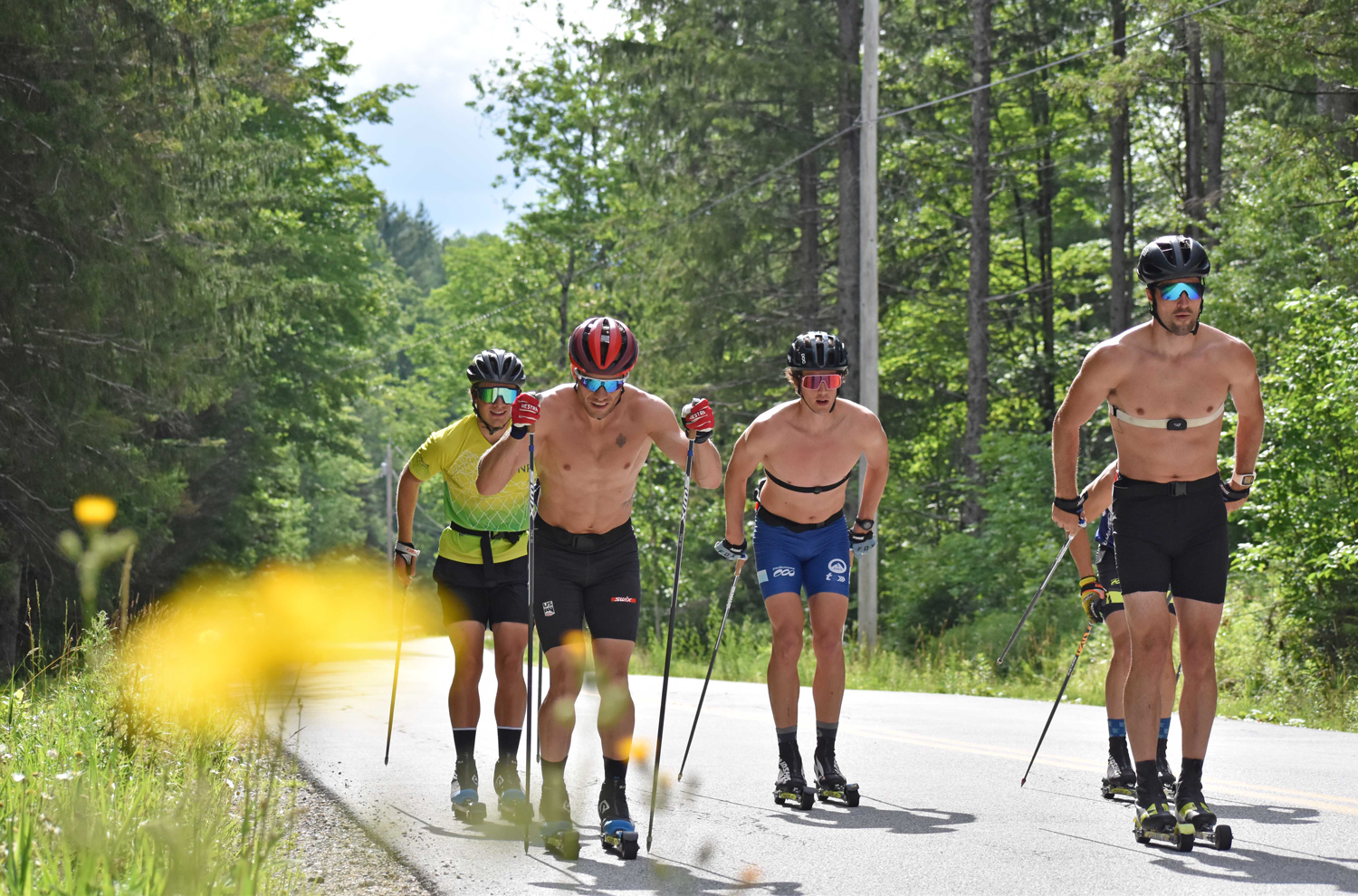 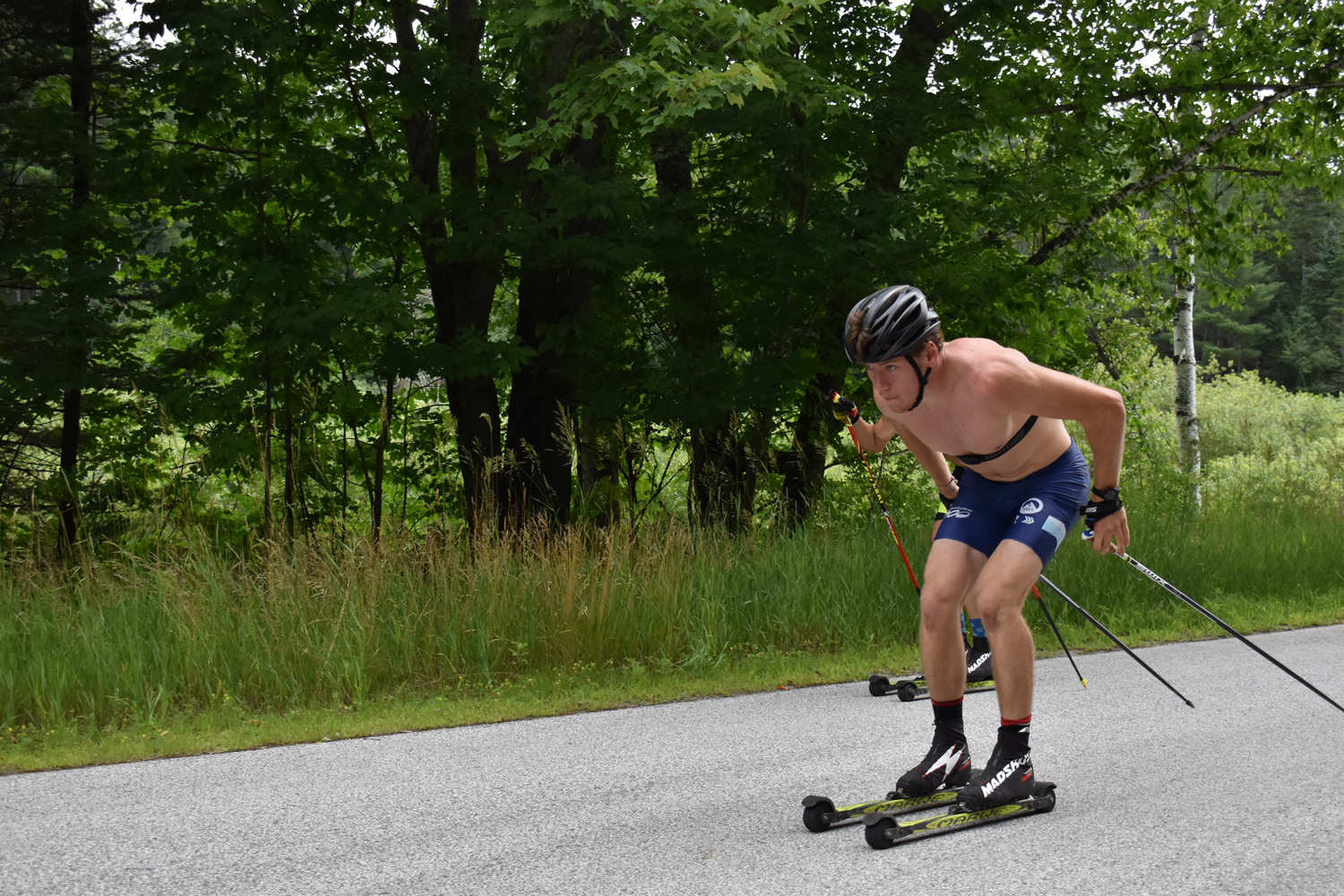 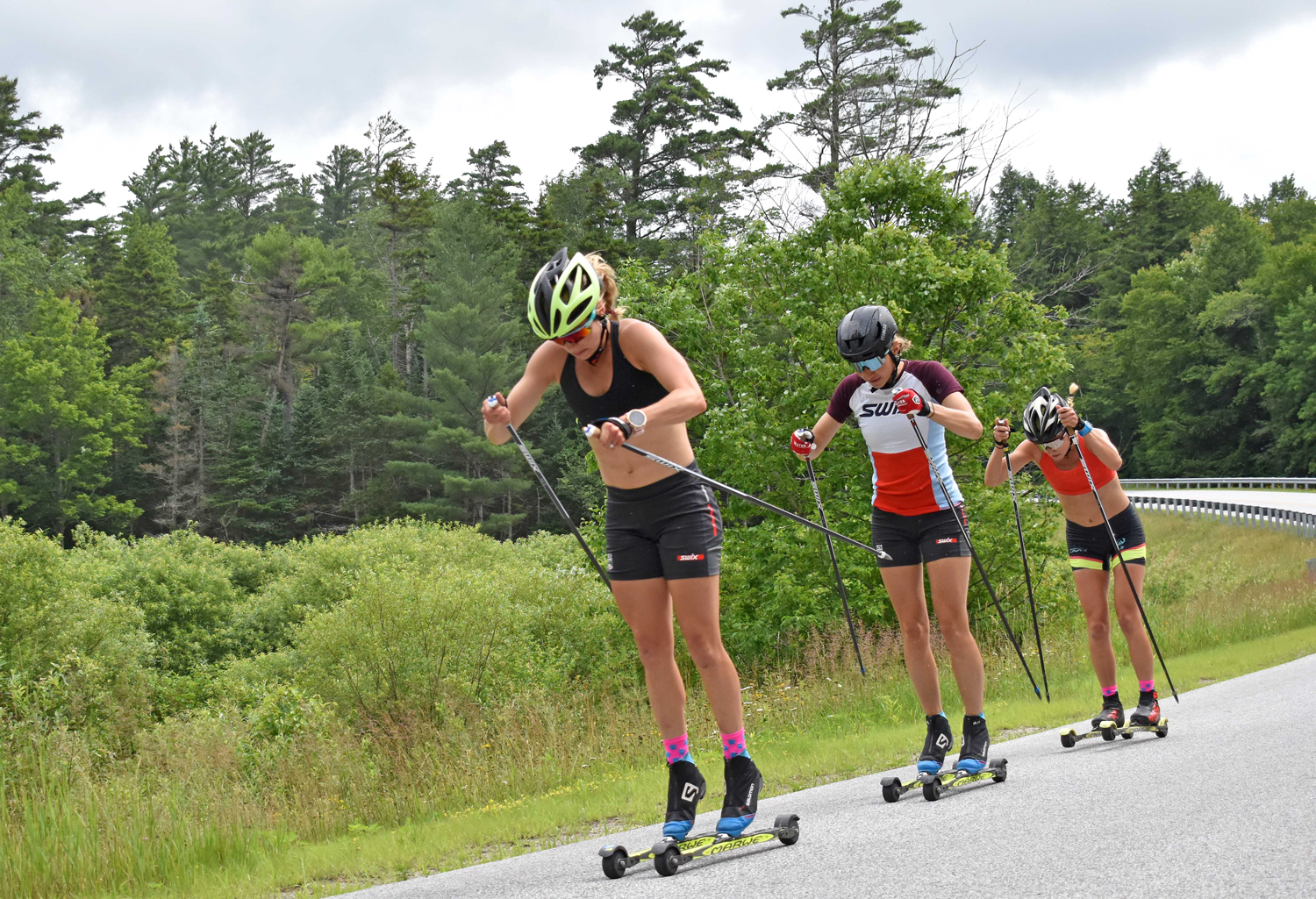 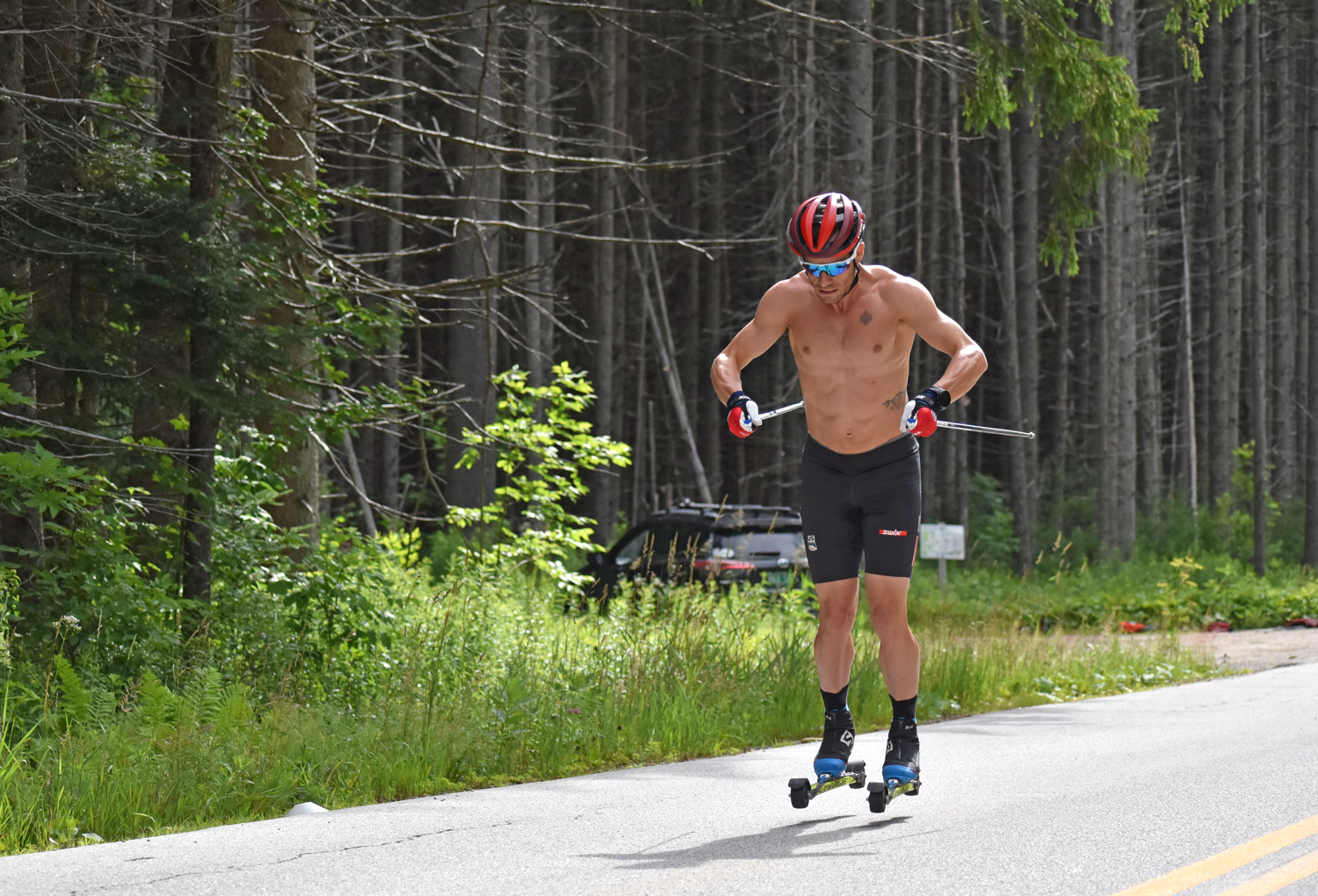 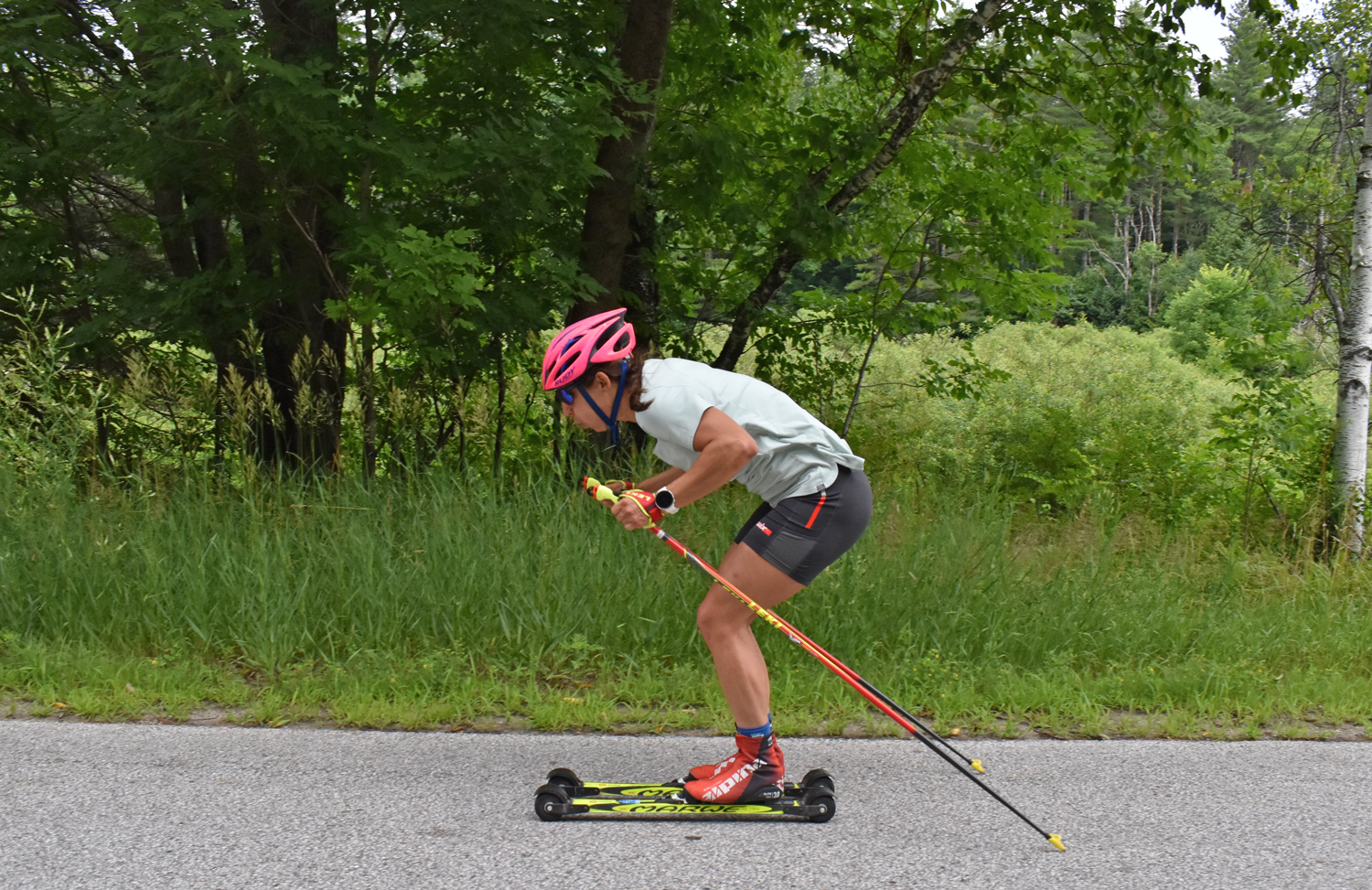 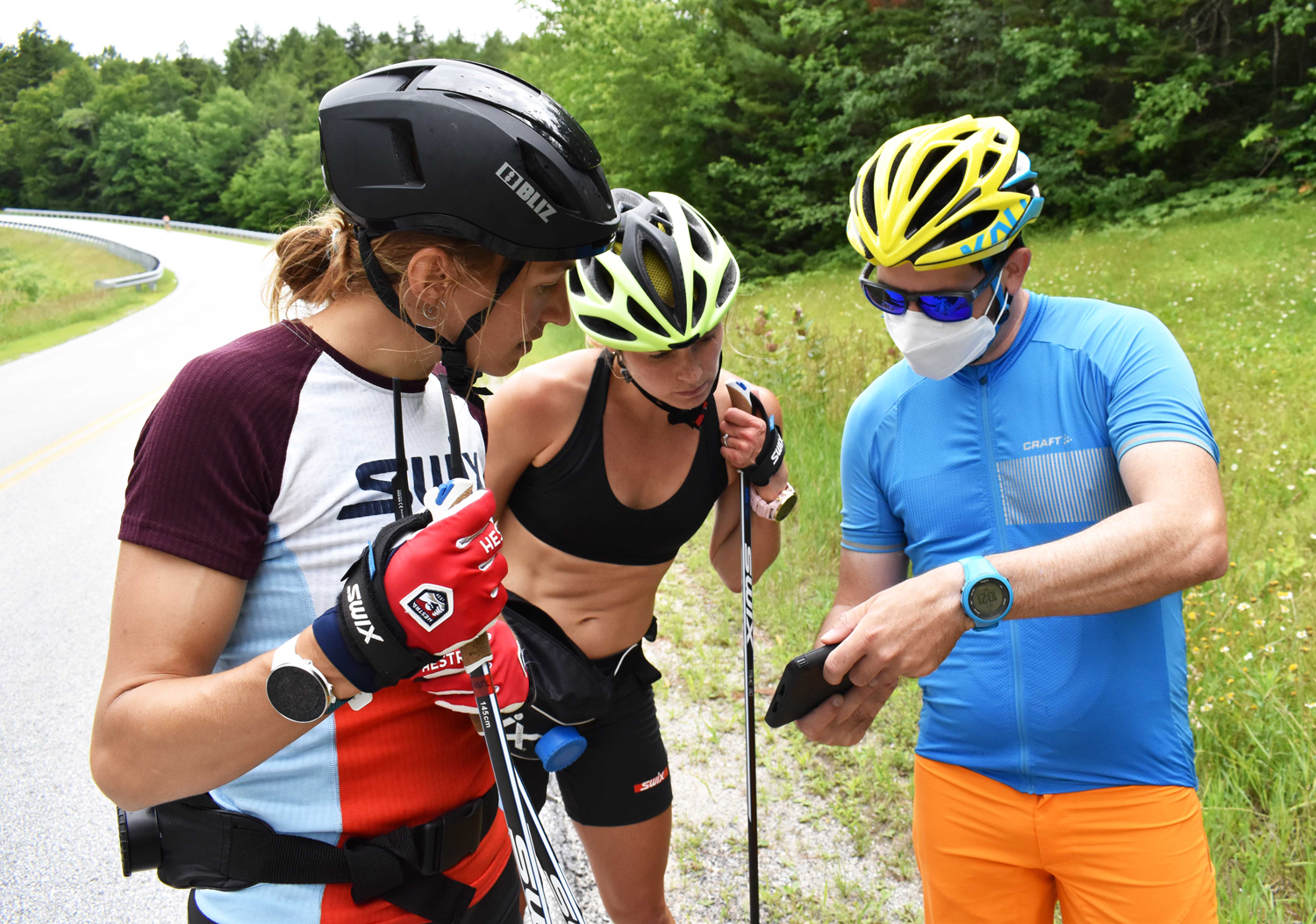