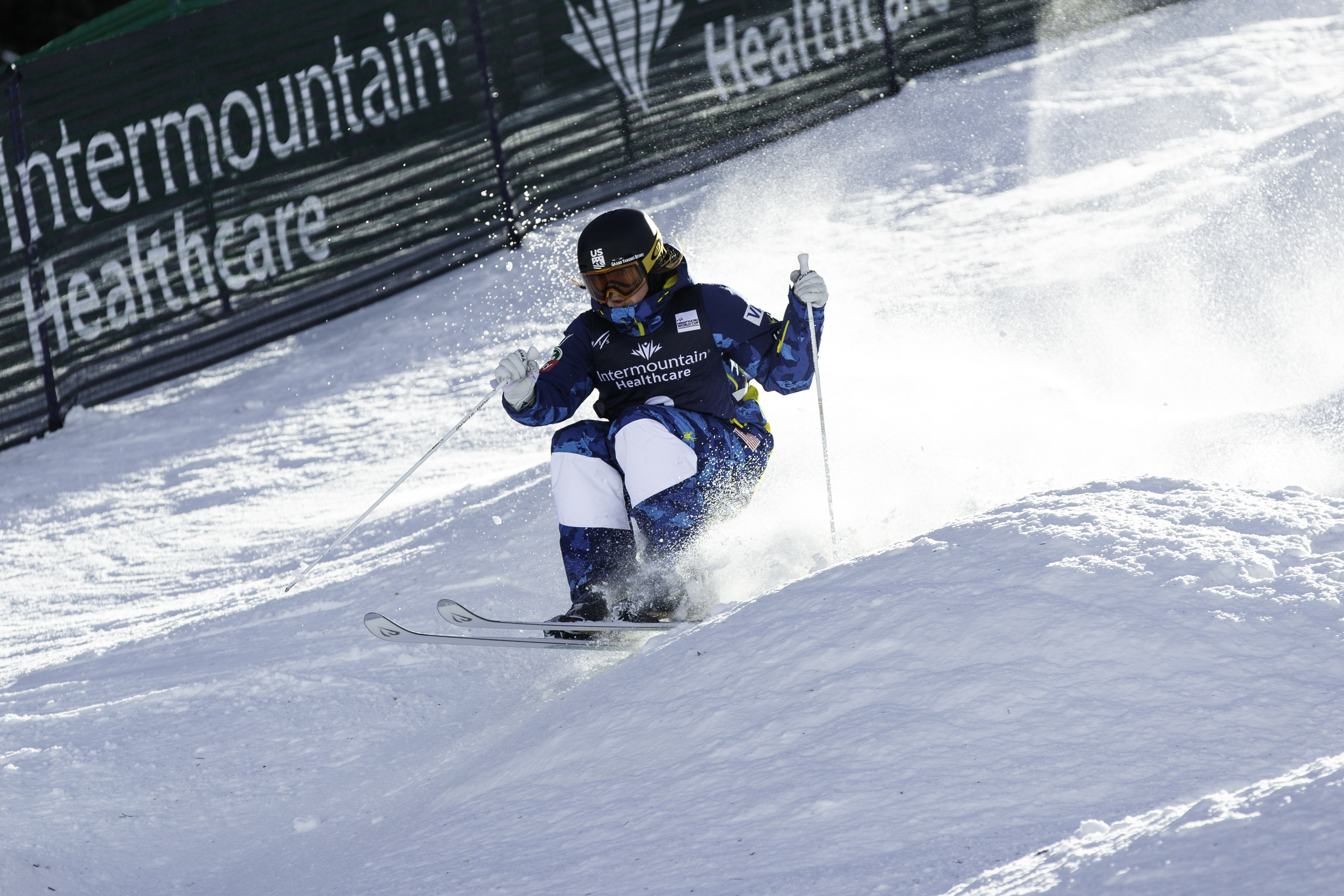 The 2021 iteration of the Deer Valley Freestyle International marks 23 years of elite freestyle ski competition in Park City, Utah and will feature Moguls Feb. 4, Dual Moguls Feb. 5 and Aerials Feb. 6. Feb. 4 is officially One Year Out from the 2022 Olympic Winter Games in Beijing and to mark the occasion, mogul skiers will compete on the legendary Champion course, site of the 2002 Olympic Winter Games. The Feb. 6 aerials World Cup is the first Olympic tryout event for any U.S. Ski Team athlete across any discipline. The road to Beijing starts now!

This year will look different due to COVID-19 mitigation policies with competitions running during the day and no spectator access.

Moguls kicks things off Thursday on Champion: one of the longest and most challenging courses in the world. Already known as a beast, this year the slope angle clocked in around 29 degrees - a bit steeper than usual - which should make for two days of thrilling competition.

Deer Valley athlete Brad Wilson will lead the men’s side for the Americans. “It should be known by now that Champion at Deer Valley is the most legendary course on tour,” he said. “It’s the steepest, longest and best showcased. When I drive up and see the course for the first time on Deer Valley Drive, it gets me so amped up and reminds me of my first ever World Cup podium back in 2013.”

Park City local Nick Page grew up skiing Champion with Wasatch Freestyle and this week will be his third and fourth World Cup starts on the course. Deer Valley is where Jesse Andringa had his career-best singles finish in 11th place. Andringa’s high-flying airs, coupled with his natural athleticism, have the potential to really make a statement this week. Alex Lewis will bring a cork 10 to his bottom air, upping his degree of difficulty and his chances of breaking into that final round. Dylan Walczyk kicked his season off strong in Ruka, Finland, with a fourth place finish and will look to carry that momentum on the course where he has had some of his best results.

Jaelin Kauf will lead the #PowHERhouse, which boasts a roster nine deep this week. Kauf sustained a back injury over the holiday break but is excited to return to the course that showcases her fastest-woman-in-the-world speeds.

Hannah Soar started 2020-21 off strong with her first singles World Cup podium in Idre Fjäll. Tess Johnson is skiing at a very high level and if history is any indication, fans should expect a show from the 20-year-old. In 2020 Johnson broke France’s Perrine Laffont’s win streak, enabling three Americans to ski in the final rounds of duals.

Young up and comer Kai Owens will bring her typical high-flying jumps to really make a statement on the bottom air. Olivia Giaccio returned to competition in Idre Fjäll, Sweden, after being sidelined for a year due to injury. “Olivia has had a ton of training under her belt now during this break,” said Head Moguls Coach Matt Gnoza. “She’s coming into Deer Valley with a high level of confidence, look out.” Madison Hogg, who had her World Cup debut on the Champion course in 2020, feeds off steep courses with her tall skiing position. Sabrina Cass will make her Deer Valley debut.

Aerials finishes off the week on Feb. 6 with the first domestic Olympic tryout event for any U.S. Ski Team athlete. The team is coming off a 10 podium three-week World Cup tour, including triple win weekends for the women, the first time in history for the program. Athletes are happy to be back in the U.S. and compete on White Owl, one of the finest aerial sites in the world.

Chris Lillis has his sights set on competing the quintuple he brought to snow in December. This would make him the first American to compete a quint in over a decade, since the late Jeret “Speedy” Peterson. “He has the talent and the ability to perform the best,” said Head Coach Vladimir (Vlad) Lebedev. “Victory is his for the taking.”

Justin Schoenefeld and Eric Loughran, both part of the mixed team third place podium in Yaroslavl, will seek to make their mark. Quinn Dehlinger will compete off of White Owl’s triple for the first time in competition, having just started competing on the triple this year.

The women of the U.S. Aerials Freestyle Ski Team have been on a tear since landing in Russia over three weeks ago. Megan Nick broke the women’s three-year aerial victory drought in Yaroslavl and added another win to her collection last weekend in Minsk. Winter Vinecki finally earned her first World Cup podium, and win, in Moscow, and followed up with a third-place in Minsk.

Veteran and aerials-force Ashley Caldwell will look to build off of her success in Yaroslavl, where she earned her first podium of the season in second place. She followed that up with a third-place finish as part of the mixed team event the same weekend.

The 2021 Intermountain Healthcare Freestyle International is contingent on local and state health department approvals based on existing and future COVID-19 rules and regulations. FIS, U.S. Ski & Snowboard, the local organizing committee, and Deer Valley Resort are taking a unified approach consistent with guidance from federal, state, and local health authorities.

Due to COVID-19 the 2021 Intermountain Healthcare Freestyle International is closed to spectators. Freestyle fans can catch all of the action live on the Olympic Channel and Peacock streaming services. Delayed broadcasts will be shown on NBCSN and NBC Sports.

HOW TO WATCH
*Subject to change
All times EST 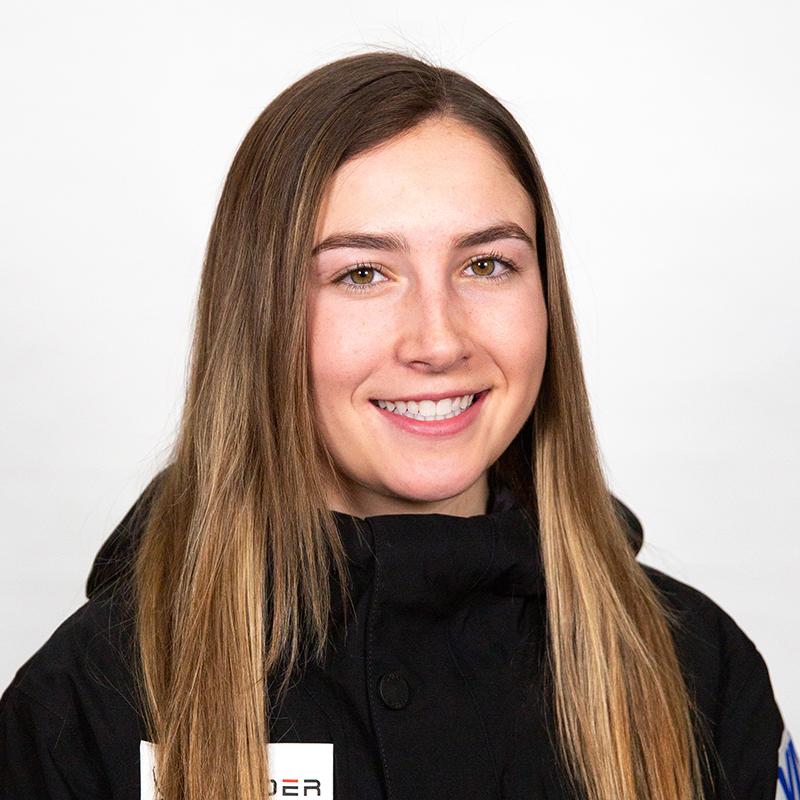