On her 26th birthday, two-time Olympic champion and six-time world champion Mikaela Shiffrin was second in Saturday’s slalom to lead two Americans into the top five. Paula Moltzan skied to a career-best fifth-place finish in the second of two FIS Ski World Cup slalom races in Are, Sweden.

Shiffrin came out of the gate with fire on Saturday, skiing into first ahead of Liensberger by .19 seconds. Slovakian Petra Vlhova, who won Friday’s slalom had an early error and nearly went over the handlebars, losing a significant amount of time. Even still, Vlhova was able to make the flip, with 27th place. 2017 NCAA slalom champion (University of Vermont) Paula Moltzan was fifth-fastest in the first run.

Vlhova held the lead for a while, moving from 27th to eighth with a solid and error-free second run. Many athletes struggled second run with the light changing drastically, but Moltzan was able to cross the finish line in the lead by .27 seconds. Her strong skiing allowed her to hold the fifth place, for her career-best result. “I’m really happy with the weekend and super excited to be able to put four clean runs down in a row,” Moltzan shared. “It (consistency) is something I have been working really hard on all season. The whole team showed a lot of speed on the first run, and I can promise there are more great things in the near future for the entire team.”

Liensberger came down with a beautiful run, seemingly floating through the gates to take the lead over Holdener by a whopping 1.65 seconds. Shiffrin skied solid but could not keep up with Liensberger, though she was able to hang on to second place.

“It was a pretty good weekend,” reflected Shiffrin. “Yesterday I was really happy with fighting to stay in the race on the second run, and today it was all-around better skiing. The second run was really tough. It was hard to see and hard to see where the tracks were...I knew that Liensberger would be pushing really hard as she did the same thing yesterday and seemed so comfortable with that level of skiing. I knew that would be a really big fight. I tried to push and kind of keep up with the pace, and some spots felt pretty good, so I can take away some good things from it."

At just 26-years-old, Shiffrin has 69 career World Cup victories, three Olympic medals (two gold), and eleven world championship medals (six gold). Her illustrious career seems to be one mind-blowing statistic after another, so here's another to add to the collection: in her last 51 slalom starts, Shiffrin was on the podium 47 times (92%) with 36 victories (71%).

For the second-straight day, Nina O’Brien grabbed 22nd, after making an incredible recovery second run for the solid result. Katie Hensien, AJ Hurt, Lila Lapanja, and Resi Stiegler also started for the Americans. Hensien and Stiegler skied strong, but finished just outside of the 30, while Hurt and Lapanja did not finish.

In what is becoming quite the exciting race for the slalom globe, Shiffrin is now sitting in third with 575 points, behind Vlhova (612 points), and Liensberger (590 points). With her eighth place on Saturday, Vlhova has extended her lead in the World Cup overall standings to 96 points, with 1,352 points to Switzerland’s Lara Gut-Behrami 1,256 points.

What can fans expect at Finals? “The only thing you can really expect is that Finals will be an exciting show,” said Shiffrin. “I have no idea how it’s going to turn out. Kathi and Petra are both very strong, and today Petra had a really big mistake on the first run, but you could see the second run she was coming back really strong. Anything is possible at Finals, and I’m not totally out of the fight, which after yesterday, is a little bit of a surprise even, so we’ll see.”

Up next for the FIS Ski World Cup circuit is World Cup Finals in Lenzerheide, Switzerland. 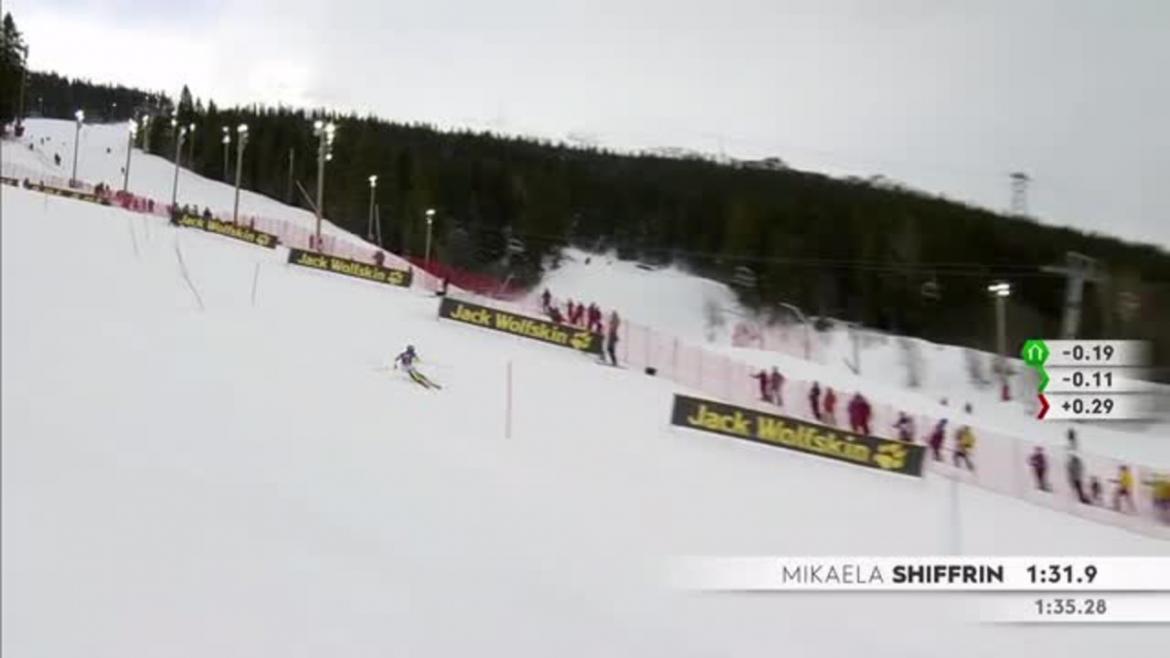 Shiffrin Second in Are Slalom 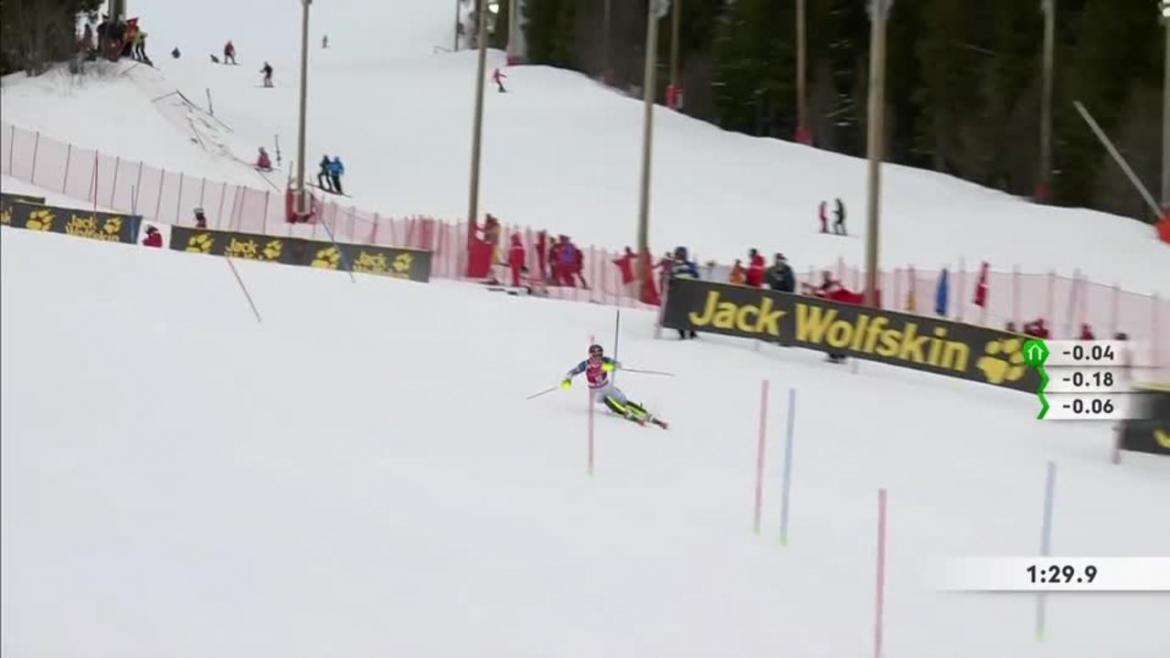 Moltzan Career-Best Fifth in Are Slalom