For the second time in three giant slalom races, the American men stacked four into the points on the famed Gran Risa slope in Alta Badia, Italy, with Tommy Ford (Bend, Ore.) leading the way, landing in a career-best fifth place finish. That makes it back-to-back career-best finishes for Ford, between Val d’Isere where he scored sixth, and Sunday’s fifth place.

“During the first run, I built from the top to the bottom and really had more power," reflected Ford on his skiing. "And the second run I brought more power from the top all of the way through, through the middle section and down even rolling with the mistakes; and kept driving. It’s a two-run race and second run I knew I had more in the tank and I just allowed it to come out."

The result today shows depth and consistency in the tech squad, which is something all of the guys are fired up about. There's no doubt that the results in Saturday's downhill fired up the men for Sunday's giant slalom, and they'll continue to take that momentum forward. For this crew, it's really a team effort.

“It all starts with Ted, and I’ve been training with him a long time," said Ford. "He’s shown me some speed and I’ve shown him speed and over the last couple of years our training group has really been pushing each other every day – everyone has been trading off fast runs, so we all know we can do it and we did it today, so it was cool to be a part of it."

The surface was smooth and consistent, and many of the athletes commented that it was the best snow they’ve ever skied on during Saturday’s hill free ski. In fact, the surface has been uncharacteristically buff and aggressive on the tracks in Europe this year, where it’s normally more slick and icy. That means it held up for the guys in the back, enabling three-time Youth Olympic Games gold medalist, two-time World Juniors medalist and 2018 NorAm Overall Champion, River Radamus (Edwards, Colo.) to stick it in there from bib 53 and grab his first career FIS Ski World Cup points in just five giant slalom starts, finishing in 24th. During the first run, Radamus showed flashes of brilliance, with the second-fastest time in the bottom split both runs. He was 15th-fastest in the second run.

“It feels amazing to score my first World Cup points!" exclaimed Radamus in the finish area. "I missed it in the last two races – in Val d’Isere and Beaver Creek – so I really wanted to perform here; it’s the mecca of GS skiing. I skied it a little bad up top and I realized it just wasn’t going to cut it so I just tried to shift it into another gear and I made it into the top 30. I felt, after first run, like finally I’m in the show – I’m finally a part of this and wanted to prove what I got so I really wanted to throw down my second run…I felt really good about my mentality. I didn’t want to back off at all.”

Radamus reiterated the fact that the team dynamic is great and the guys are building each other up. “We’ve got a really great group right now. Everybody is firing and everyone is skiing well – obviously Ryan and Tommy, and all of those guys are just crushing it," said Radamus. So, I’m just focusing on training and trying to keep improving and getting better, and the speed will come like it did today. I’m just trying not to stress out as much about the race. This venue is the one I most looked forward to – this is the perfect GS hill – everybody loves this one the most. I love this one, I’m glad I got to race it. I’m also looking forward to Kranjska Gora. These are the classic giant slaloms right here, and it’s a dream come true to get to race them.”

Olympic champion Ted Ligety (Park City, Utah) got on his inside ski and went down on his hip first run, and did not qualify for the second run, but his teammates showed the depth in their re-emerging tech squad. At first, it appeared Brian McLaughlin (Waitsfield, Vt.), who was tied with Canada’s Trevor Philp for 31st, would not make the flip, but luck was on their side today as Austrian Magnus Walch was disqualified for lingering too long on the mountain during first run course inspection. It was a scramble to second run inspection for McLaughlin, but he made it and landed in the points for the second time this season, in 27th.

Ryan Cochran-Siegle (Starksboro, Vt.), who is fresh off some super-G points in Val Gardena, continued his consistently strong skiing, with a 16th place finish Sunday. "It’s a tough event to really push through in training, so I’m working to learn from Tommy [Ford] and those top guys and watch how they’re skiing," Cochran-Siegle said after his race. "Moving forward, I need to push myself harder and figure out the right skiing to suit the course and the hill because with GS there are so many variables and it’s always changing, so I want to try to be ahead of those changes and adjust how I need to adjust – Saalbach [Austria], for example, is a totally different hill than today."

Cochran-Siegle, Ford, and Ligety qualify for Monday night’s parallel giant slalom in Alta Badia, though not all three have confirmed whether or not they will start. The guys look ahead to the parallel giant slalom, as it's a night race and the only event of its' kind on the calendar.

“It’s cool because it’s a night event and it’s head to head, so it’s fun," Ford commented. "It’s a little different than GS. The jumps are always the highlight. It’s a good crowd…and it’s just a fun event. To have the only PGS event in Alta Badia is special because it’s a giant slalom mecca.”

Fans can catch all the action in spectacular high definition via NBC Sports online atNBCSports.com/Live or through the NBC Sports app which is available on the iTunes App Store, Google Play, Windows Store, Roku Channel Store, Apple TV and Amazon Fire. Exclusive commercial-free coverage will be available for subscribers of the NBC Sports Gold Pass, available here: https://www.nbcsports.com/gold/snow. 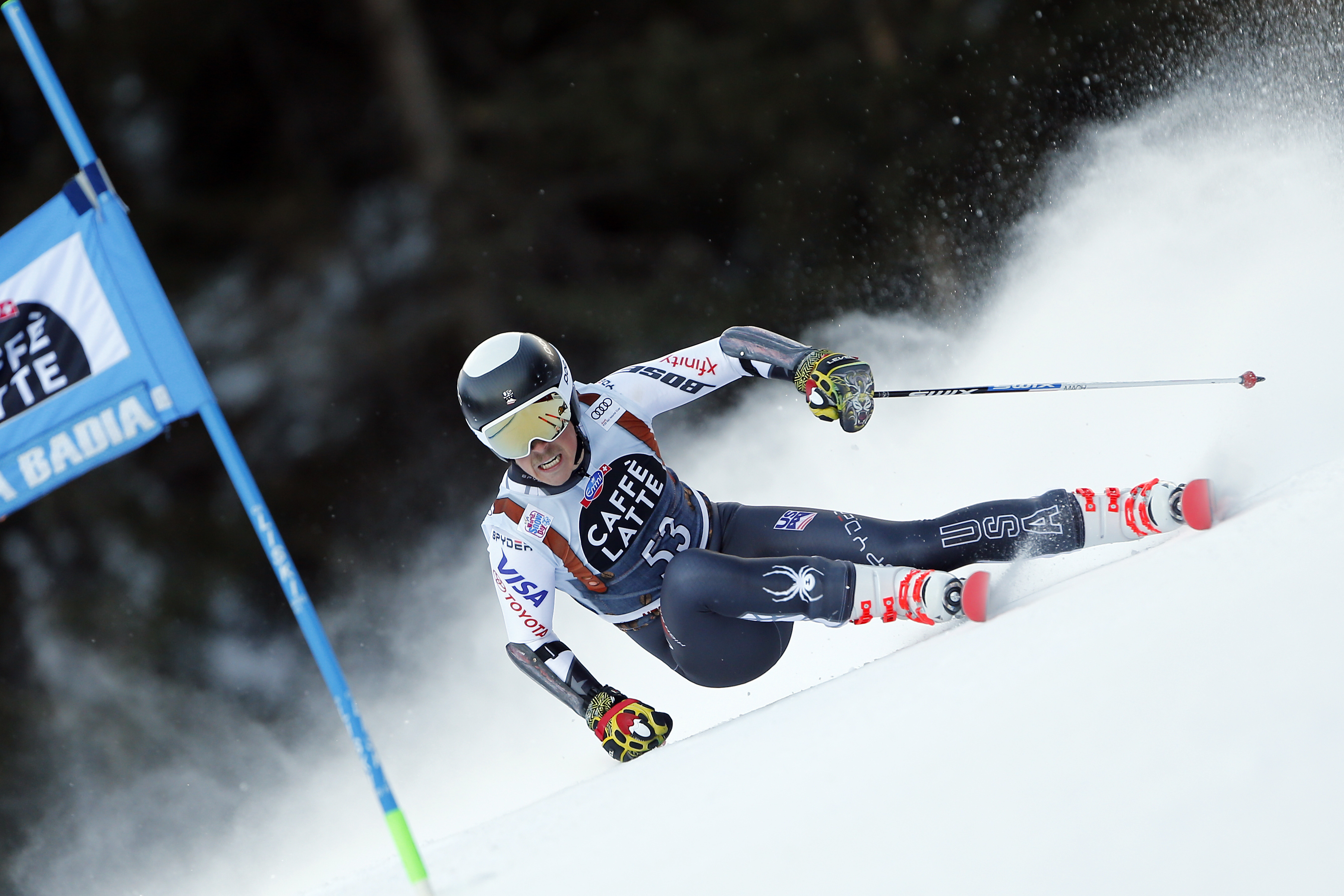