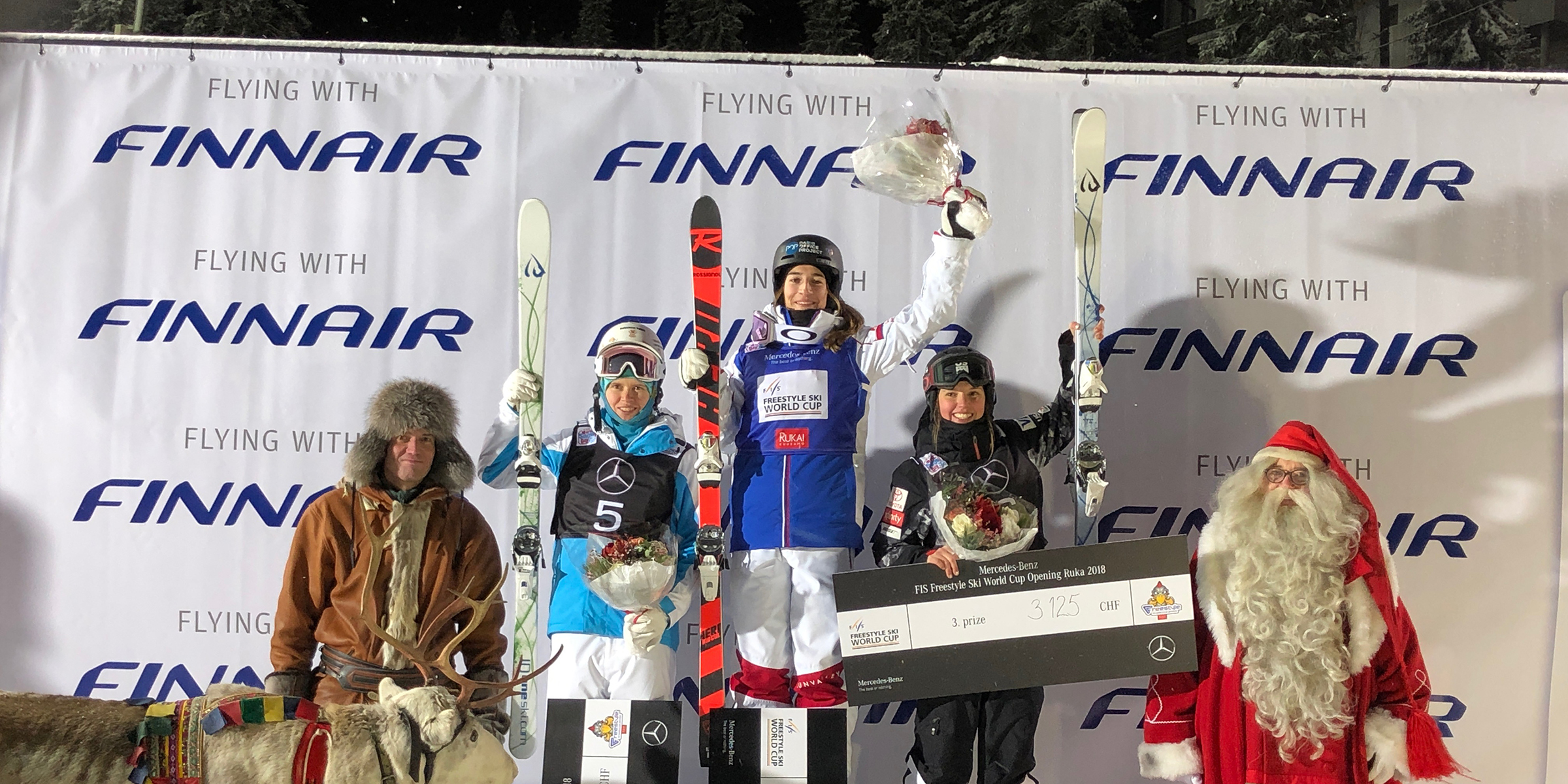 “I’m pretty ecstatic right now!” said Johnson. “It feels really good to end on the podium in the first event of the year. It was super special going into super finals with Jaelin. We were gunning for one and two, but that will come later. I’m really looking forward to the rest of the season!”

“Tess qualified in the first round and just carried her momentum right on through into the finals,” said U.S. Ski & Snowboard Head Moguls Coach Matt Gnoza. “She was dominating the middle section all day today, being very aggressive, very athletic in her turns. She carried that momentum into her bottom air, charged it with a nice big 360. Tess made a few adjustments in her run for super finals, cleaning up her run to land her in third.”

It was a perfect day for moguls skiing in Ruka, Finland. “The resort always does a great job hosting, they treat everyone well and put on a quality event,” said Gnoza. “It was a perfect course, we had perfect conditions. The jumps allowed athletes to go big and carry big speed. Everything we’ve been working on was there for them to take advantage of, and Tess really stomped it out.”

The event was structured in the Olympic format, with two qualifying rounds and two finals rounds for the men and women. The U.S. had five athletes qualify for finals: Johnson, Jaelin Kauf (Alta, Wyo.), Olivia Giaccio (Redding, Conn.) and Alex Jenson (Park City, Utah) for the women and Casey Andringa (Boulder, Colo.) for the men.

Kauf, the fastest female moguls skier in the world, moved on to the super final, finishing in fifth. Giaccio, who currently performs the hardest run on the World Cup circuit for women, pushed it really hard to the end and finished 12th. Jenson, who skis with Park City Ski and Snowboard Club, returned to the World Cup due to injuries on the U.S. Team, really took advantage of the opportunity she had and finished 13th.

Andringa, the top male finisher for the men, landed in ninth but will be a force to watch this season. The rookie men - Jesse Andringa, Hunter Bailey, Jack Kariotis, Dylan Walczyk and Emerson Smith - made a lot of good steps in their learning process today in competing at the World Cup level. These athletes will only continue to improve and we should expect them to climb higher as the season progresses.

“There is a lot to build on from here,” said Gnoza. “We’ll take a look at everything from today, continue to set a game plan moving forward and build on the momentum we’ve started. We’re not far away from three women in the top six, I’m excited about that coming up.”

The U.S. Moguls Team heads to Thaiwoo, China, where they will compete in moguls and dual moguls on December 15-16. 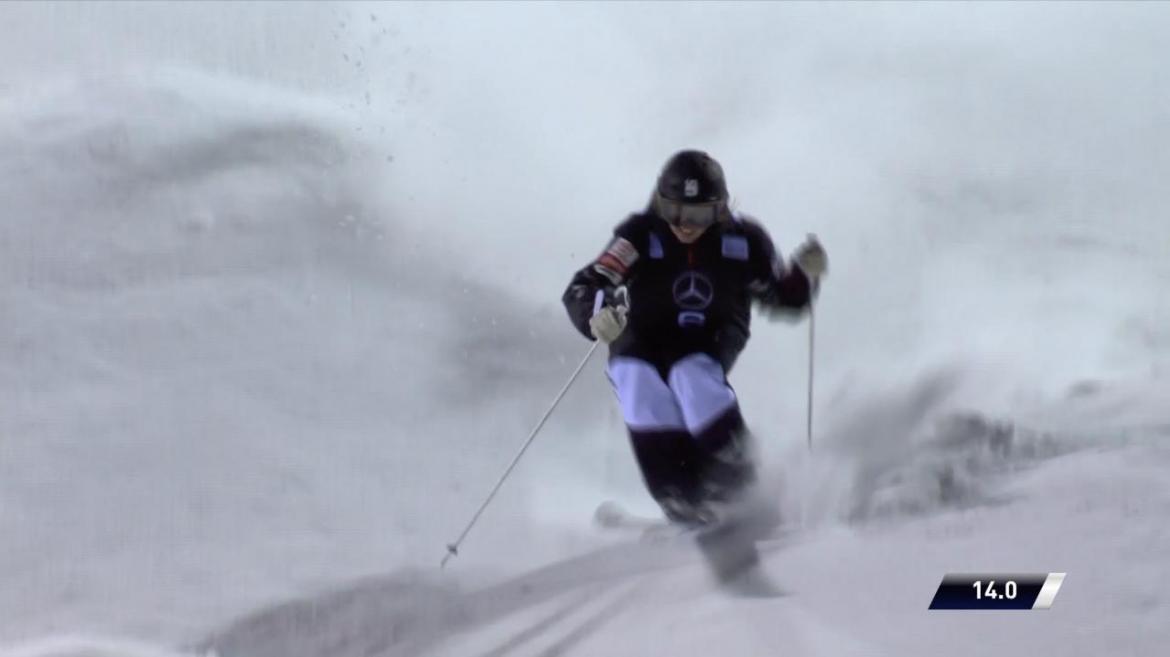