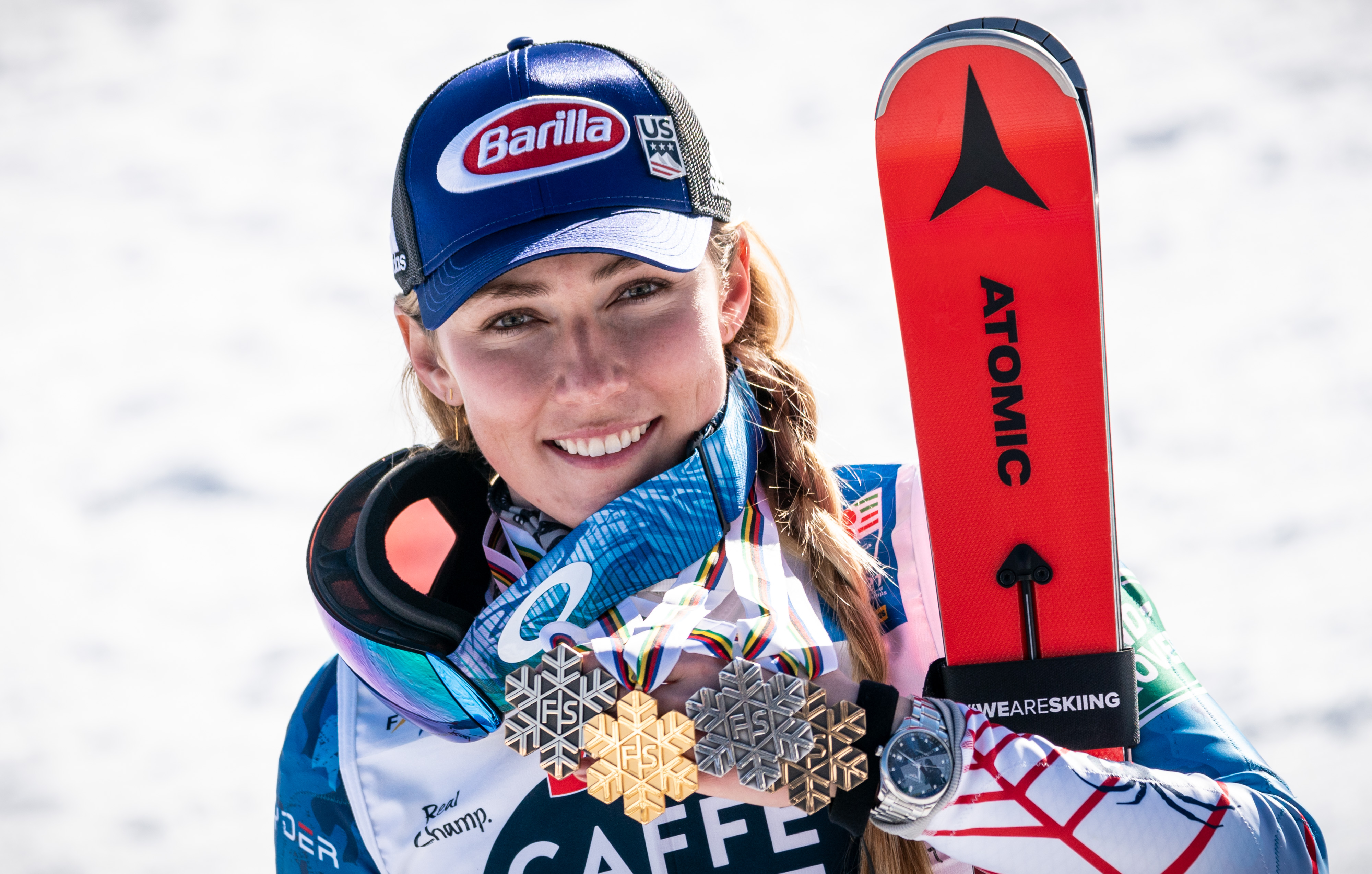 Mikaela Shiffrin took home her fourth medal of the 2021 FIS Alpine World Ski Championships and her 11th career World Championships medal, winning the bronze in the slalom and adding more pages to her jam-packed record book.

“I don’t think I ever would have said that I could win four medals in one World Champs,” said Shiffrin. “If you would have asked me five years ago or even, maybe especially, one year ago..it’s amazing.”

Conditions were tough throughout the day, with temperatures rising and sun baking the snow on the course in Cortina d'Ampezzo, Italy, forcing the women to battle through ruts and bumps to finish. Austrian Katharina Liensberger, who tied for the gold in the parallel earlier in the week but has yet to win a World Cup, came through the lights the fastest to take the win. Petra Vlhova of Slovakia grabbed silver.

Shiffrin sat in fourth place after first run and wasn’t sure she had it in her to climb another spot to the medals, but she reframed her mindset and attacked second run to secure the bronze. While it was the first time in eight years that Shiffrin didn’t win the slalom world title, having won gold in the slalom in 2013, 2015, 2017, and 2019 World Championships, it didn’t bother the incredible skier, who has had dealt with a lot throughout the past year, including the death of her father.

“It’s been a lot of ups and downs for sure,” she said. “Very emotional year. Right now, I’m just feeling pretty grateful to be able to smile a lot more often. Every day I feel a little more excited for the next day to come and that’s a good position to be in. Altogether, I’ve come a long way in a year.”

The bronze brings Shiffrin’s medal tally at the 2021 World Champs to four—bronze in the super-G, gold in the alpine combined, silver in the giant slalom and now bronze in the slalom. She is the first skier to win four medals at a World Champs in 14 years, since Anja Pärson of Sweden did it in 2007. No female skier has won more than four medals in a single World Championships.

The result also gives Shiffrin 11 World Championships medals in total—equaling Pärson as the most for a woman in the modern era of skiing. Shiffrin also holds the most medals of any U.S. skier, male or female.

It wasn't a great day for the rest of the Land Rover U.S. Alpine Ski Team women, who struggled with the peeling snow conditions. Paula Moltzan and Katie Hensien did not finish first run and Nina O’Brien and AJ Hurt straddled and DNFed second run.

“I was really looking forward to it coming into the day,” said Moltzan. “Now I’m pretty sad and disappointed. It’s kind of tough when World Champs comes around every two years and you miss your opportunity two days in a row. But there are a lot of slalom races left in the season, so I’m going to keep my focus there and keep skiing as fast as I can.”

O’Brien also kept a level head about her slalom result after having a career-best finish in the giant slalom on Thursday. “I’m really happy about the skiing I did in the GS race and 10th in parallel is a good result for me too,” she said. “A lot of good things to take away.”

The slalom was the final event for the women, while the men have one last slalom on Sunday to wrap up the 2021 World Championships in Cortina.