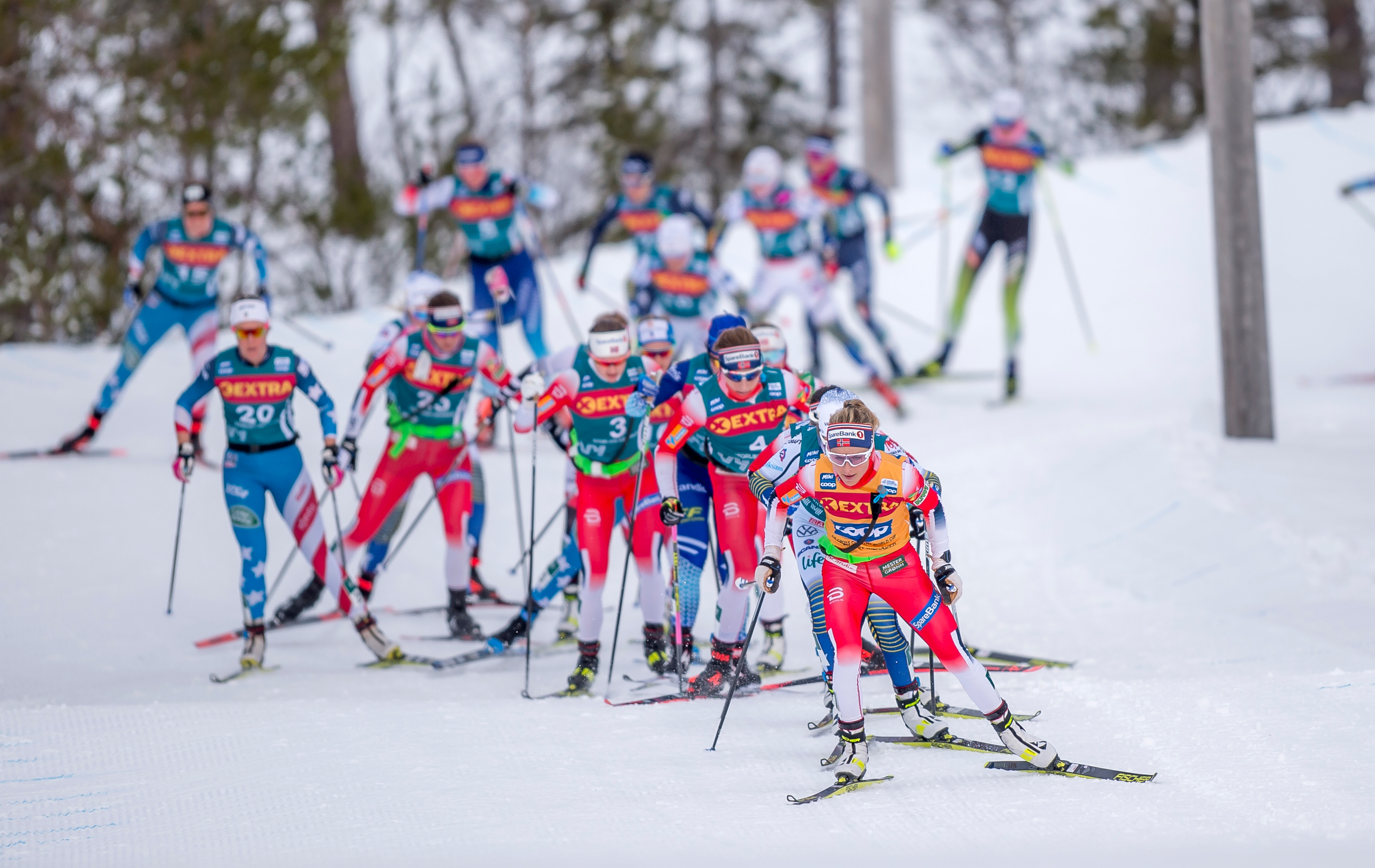 “That was really fun, and really hard,” Jessie said. “It was an all-out effort, and I’m really proud of that since it was one of my big goals for this tour - to go all out every single race!”

“I was in a great group with Krista (Parmakoski of Finland) and Therese, and we worked together to make a gap, and I had so much fun skiing with them while pushing as hard as possible,” Jessie added.

With the strong wind throughout the race, athletes were focused on staying in a group as much as possible.

"It was really windy still making it challenging to ski alone out there," Rosie said. "Knowing that I did all I could to stay in my group. There were a few kilometers that I was dangling and unsure if I could hang, but I was, fortunately, able to find another gear climbing and work my way back up to my group."

"It was windy as heck, which made the course super tough, but still beautiful," Sadie added. "I didn’t look around a ton, because I was so focused, but in the few chances we went down a hill, and I got a glimpse, I just felt so lucky to be part of this fun experience. It is so different than any race I have ever done, and the total 'unknown' put the cherry on top."

In the men’s 34k race, David Norris was 26th. The race, which was originally scheduled as a 38k point to point between Storlien in Sweden and Meråker in Norway, was shortened to 34k and as an out-and-back from Meråker stadium to Fjergen and then back to Meråker stadium due to strong winds.

“Toughest race of the season,” David said. “From 3k to the finish, the pace rarely got easy. The strong head and crosswinds made even the gentle terrain really challenging. But I’m pleased with my effort and now I’m looking forward to the final stage of the tour- another 30k.”

Jessie sits sixth in the overall standings through four stages, followed by Rosie in ninth and Sadie in 12th. Julia moved up to 27th overall following her strong result in Stage 4. In the men’s standings, David is 29th overall with two stages remaining, a classic sprint for Stage 5, followed by the final stage classic pursuit, 15k for the women and 30k for the men.