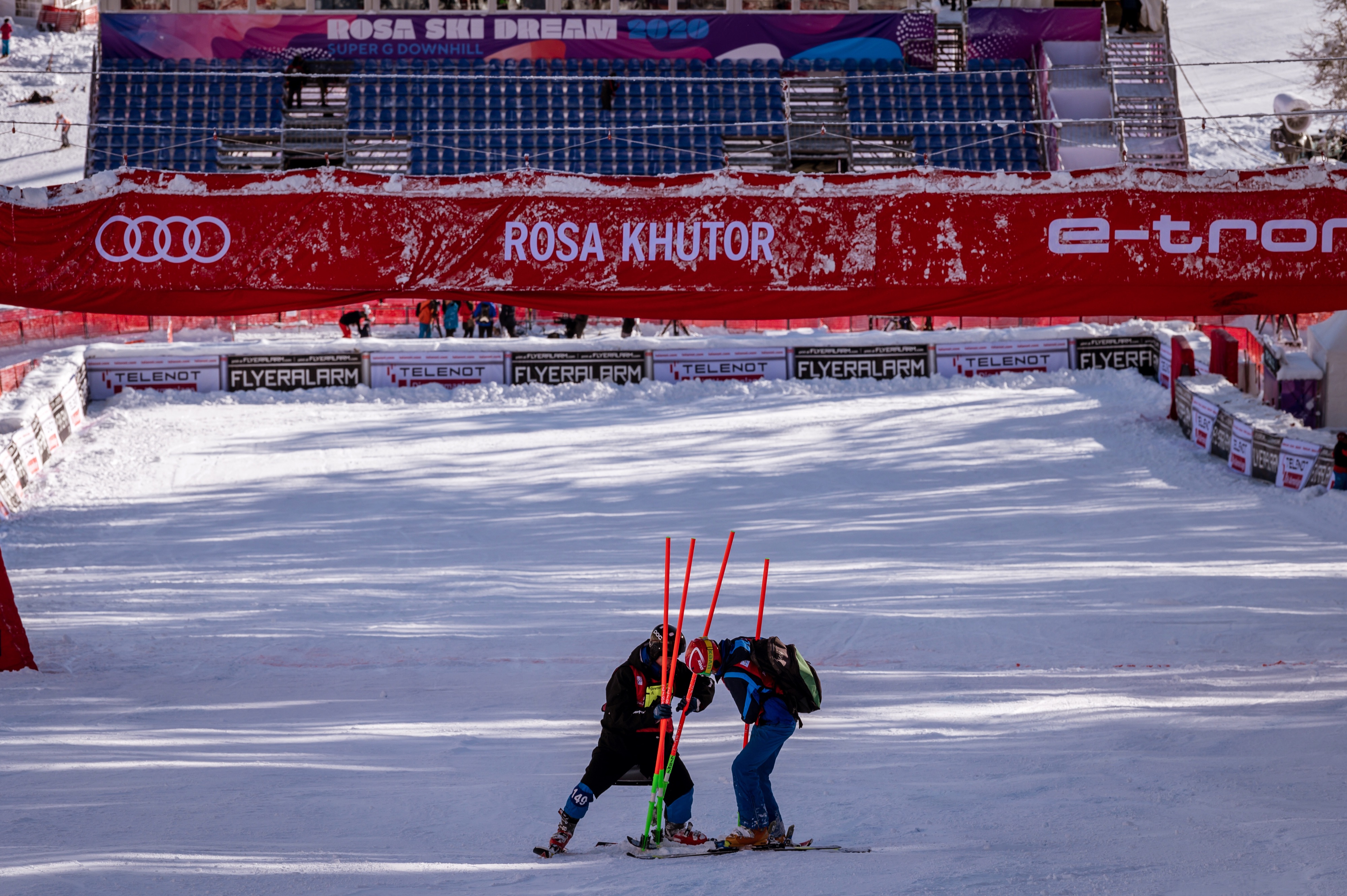 For the second-straight year, the women's downhill at the 2014 Olympic venue in Rosa Khutor (Sochi), Russia has been canceled due to weather. (Dimitar Dilkoff - AFP via Getty Images)

For the second-straight year, weather in Rosa Khutor (Sochi), Russia has provided a challenge for race organizers and the FIS Ski World Cup, forcing them to cancel the women's downhill scheduled for Saturday.

Heavy amounts of snow and rain pounded the site of the 2014 Olympics site during the week, affecting the surface and making it impossible to get a downhill training run scheduled. Downhill training runs were canceled on Wednesday, Thursday, and Friday before a plan was made to have a downhill training run on Saturday morning prior to Saturday's race. Snow fell throughout the night, stopping at 3:00 a.m., and though organizers tried hard to prep the surface, the track was not safe for the athletes to ski on Saturday morning. FIS, together with the Jury, made the call to cancel the downhill and shift their focus to prepping the track for Sunday's super-G.

Current overall, super-G and slalom World Cup standings leader Mikaela Shiffrin, who is competing in all six disciplines, has wisely opted to sit out Rosa Khutor and instead rest and recover prior to the next block of races. Mikaela also is currently sitting in second in the downhill and giant slalom standings. Mikaela, who was leading in the super-G standings last year heading into the speed series in Rosa Khutor, received a hefty amount of disgruntlement from fans and media who did not understand the decision to sit out. Mother Nature was on Mikaela's side then, as well as in Val d'Isere, France earlier this season, and now today as well.