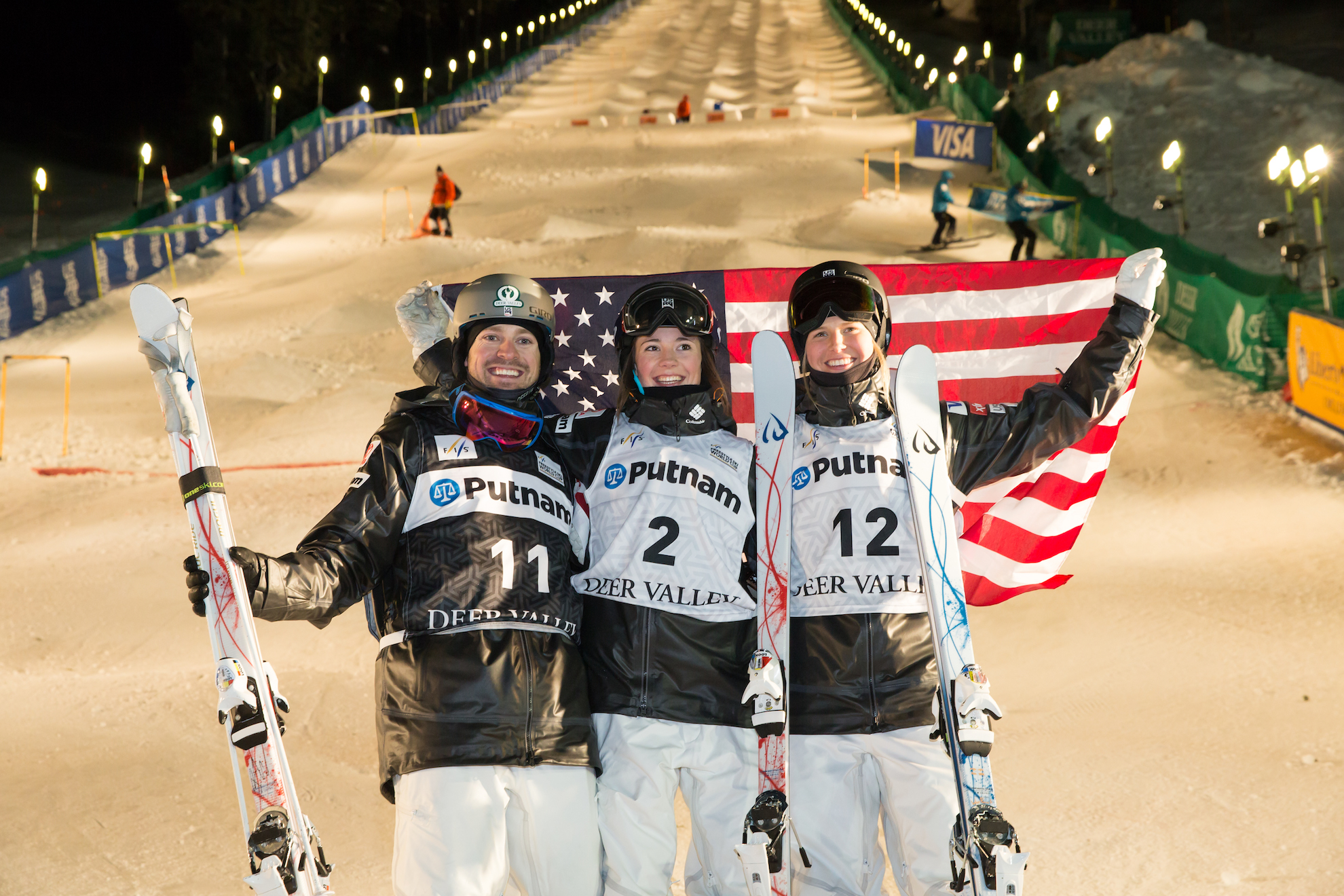 The moguls and aerials teams were selected based on results from seven Olympic qualification events during the 2017 and 2018 seasons.

“This is one of the strongest freestyle teams we’ve seen in recent Olympic years,” said U.S. Ski & Snowboard freestyle program director Todd Schirman. “Every single one of these athletes have podium potential and have demonstrated that leading up to this season and throughout our qualification process. We are extremely proud of this team and look forward to seeing what they can do in PyeongChang.”

The moguls team will open its Olympic competition with qualifying and medal events Feb. 9, 11 and 12. Aerials will compete Feb. 15-18.

*Competed in past Olympics

Matt Gnoza, Head Moguls Coach
Our Olympic moguls team has a great blend of experience and youth. For many athletes, this will be their first time competing at the Games. I couldn’t be more pleased with what we have in the way of a team. This is a very solid group of athletes that are strong, prepared and focused and has a ton of potential to execute in PyeongChang.

Todd Ossian, Head Aerials Coach
Our aerials Olympic team has experienced a huge level of success at the World Cup and World Championship levels and is fully capable of replicating that success in PyeongChang. We’re coming into these Games with more on snow time than we’ve ever had and are primed for our best performances.

Jaelin Kauf
Representing my country in the Olympics is something I have been dreaming of for such a long time and I cannot wait to finally make it a reality. Not only am I accomplishing this huge goal but I am able to share this experience and compete in my first Olympic Games alongside my closest friends and teammates. To be able to share this with them will make the whole experience so much more special. Knowing that the whole country is supporting us and cheering us on as we represent the United States in Korea is incredible. I’m still trying to wrap my head around the realness of it.

Bradley Wilson
To get the call that I qualified was huge. There’s so much that goes into this process, all the training and intense, high-pressure competition, so to finally get that confirmation is amazing. I am just as excited as I was when I made the team in 2014.

Ashley Caldwell
I never thought that I would be going to my third Olympic games at 24, and being the veteran is wild to me. I’ve been training with this team since I was 13 years old. We all started the sport at the same time and it’s really cool that we get to go to the Olympics together. We’re a strong team and I’m excited for the camaraderie we’re going to have this Games.

Mac Bohonnon
I could not be more excited to have made my second Olympic team. It was the greatest experience of my life going to my first Olympics in 2014 and since I got a taste I’ve wanted to get back. I spent the past four years training to not only get back to the games but to go and win a gold medal. I am so excited to have the opportunity to represent myself, my family, my team and most importantly Team USA in PyeongChang.