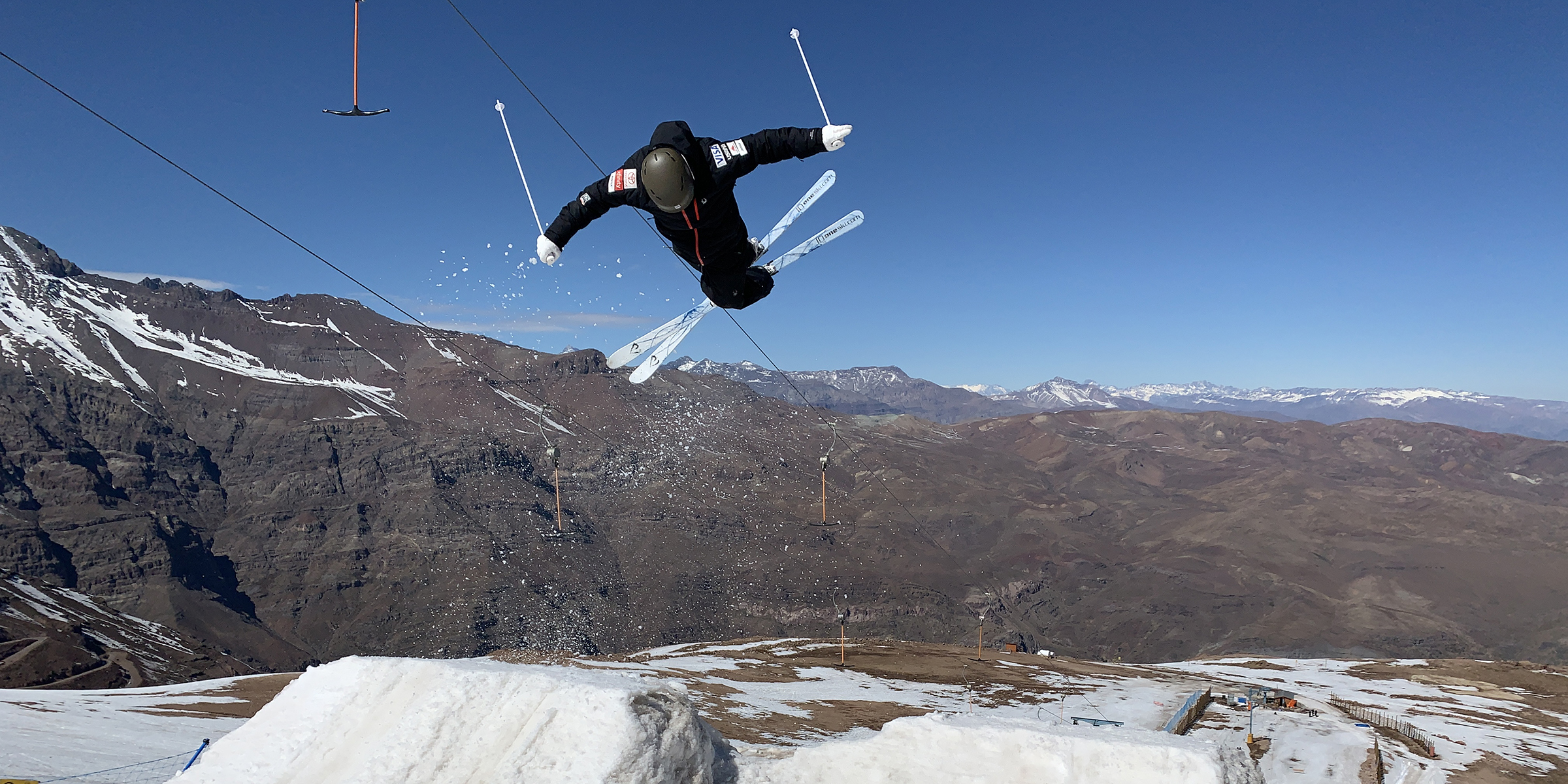 Chasing snow around the globe to train on does not always go according to plan. When the U.S. Moguls Team arrived at El Colorado in Chile for a training camp in August, a lack of snow had coaches pivot their program. Originally the Chile camp’s focus was planned as top to bottom run training. But with unseasonably low snowfall for the area this time of year there was not enough snow to build a full course.

“Basically the only snow that was on the mountain El Colorado gave to us and we made it work,” said Matt Gnoza, head moguls coach for U.S. Ski & Snowboard. “We were able to locate a section against a snow fence that had close to six feet of snow. Skiers’ left or right of our venue, it was very thin cover. But right within our spot, where El Colorado had pushed all of that snow for us, it held up the whole time and we never even hit a rock once.”

Skiing to win a moguls World Cup is not as simple as making it down the fastest (although that helps). Speed counts for only 20% of an athlete’s score - airs and turns make up the other 80%. Putting together a winning package requires practice and refinement of even the smallest of maneuvers. Instead of putting together the whole package, the team focused on a specific piece: entry to and exit from the jump.

“What we’re seeing is more often than not is that where these World Cups are won or lost is this entry and exit from the jump,” said Gnoza. “In camp, athletes were challenged to be clean and smooth as they came through the moguls that we had into the jump, and we also put a big emphasis on landing position and making the first ski move of initiation on the exit of the jump. We were able to take a not so ideal situation without our full course and really narrow our focus down onto a very important piece of the athletes’ runs. I feel like we made some good progress there.”

Low snow aside, the decision to train in Chile had its advantages. While the rest of the moguls world was skiing in Australia, the U.S. took advantage of being the only team on their site. “We wanted to do a little more focused training on certain things that would require the ability to adjust the training site accordingly. In Chile we were able to have control over that,” explained Gnoza.

Chile also provides for a much easier travel scenario. It’s a “quick” 9 hour red-eye flight to Santiago, and in the Eastern time zone. Theoretically, you could go to sleep on the flight, wake up in Chile and be on snow that next day - although the team was not that aggressive and athletes had a day of recovery before training began.

The team got in all twelve days of scheduled training thanks to perfect weather: sunny and 45 degrees. The warm days put some moisture into the snow, and paired with colder nights, which kept the snow firm, made for excellent bump conditions and the athletes took full advantage. “Every athlete left the camp with one type of grab or another,” said Gnoza. “So everyone has the ability to perform a grab jump, that’s another way they can up their package.”

“This camp was super successful for me, I made a lot of headway on getting my entire package together,” said newly-named team member Nick Page (Park City, Utah). “I’m more comfortable with skiing into the more difficult tricks and continue to build the fundamentals that I’ve been focusing on with my skiing.

“This was my first time in Chile, it was awesome. I’m so thankful I was able to be there and experience their country. Spending time and getting to know my teammates was terrific. Our coaching staff really went above and beyond to bring us the best training available, and while the conditions were a bit challenging, they made it a great experience where we accomplished a lot.”

“For the little snow we had, we made the best of it,” said Nessa Dziemian (East Hampstead, N.H.) “I actually found it to be perfect training for a late summer camp — firm moguls in and out of a couple of jumps. Training was fun, and I got to work on the new tricks I’m planning on bringing into my run this upcoming season. My favorite part was ending a good day with a breathtaking sunset every night. It was also great to get to know some of our newer teammates better!”

The moguls team will be training at the Utah Olympic Park for the next few weeks before their next on-snow camp in Zermatt, Switzerland as they count down the days until their first FIS World Cup in Ruka, Finland scheduled for December 7.

“Zermatt should be our first opportunity for a two-air course,” said Gnoza. “So then we can take our isolated entry and exit work and put it both on top and bottom air when we get to Zermatt and start to sew it all together as we build towards December.” 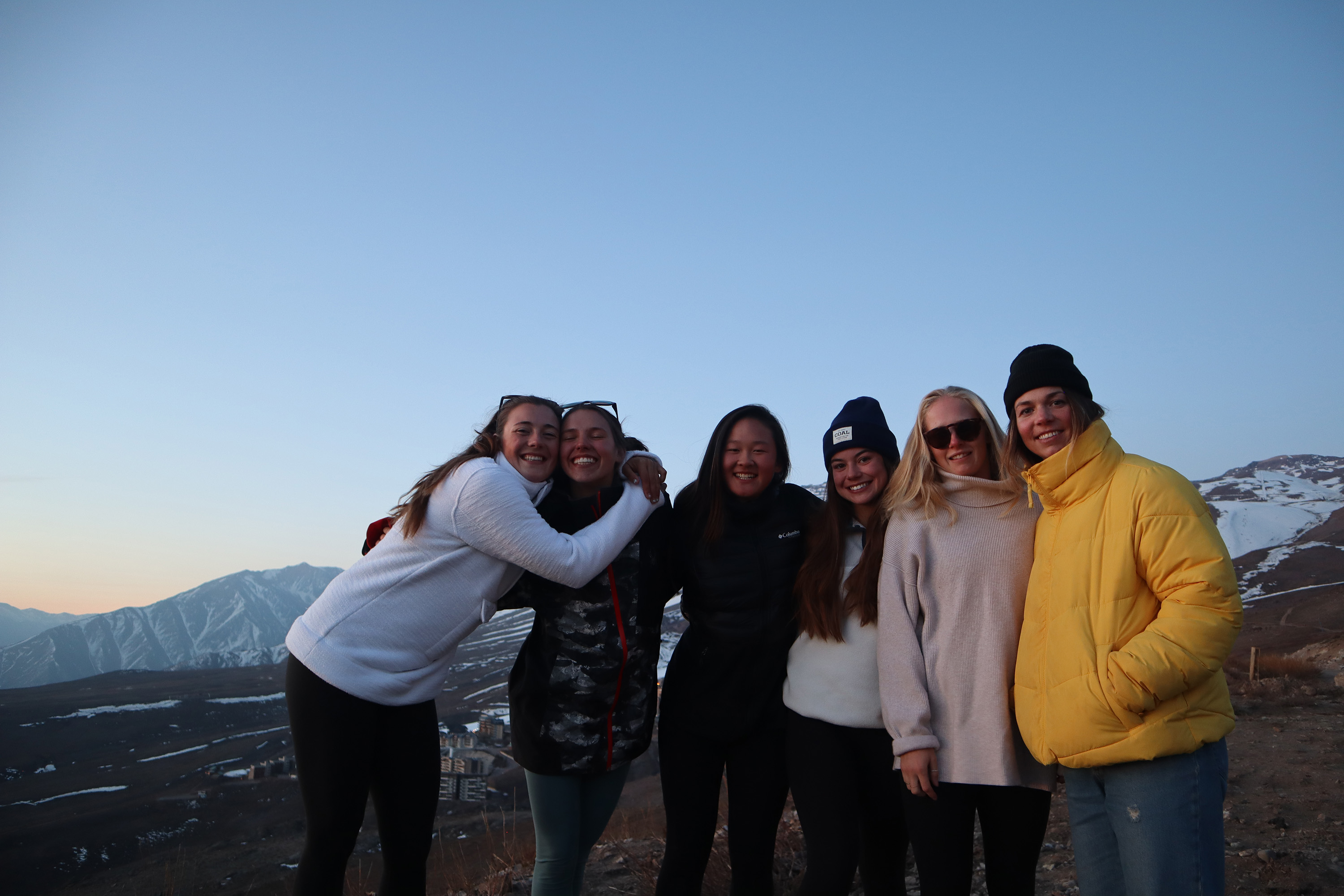 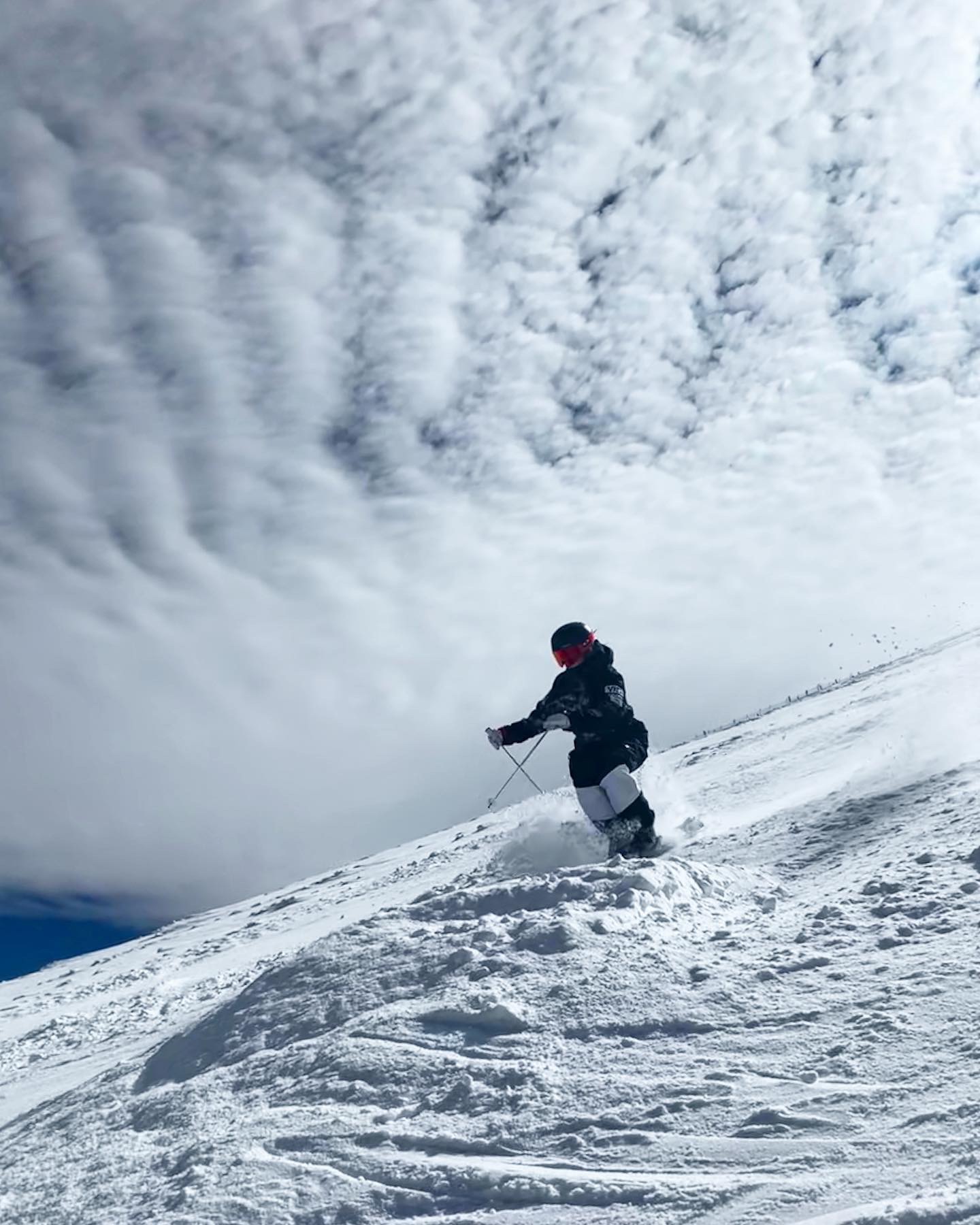 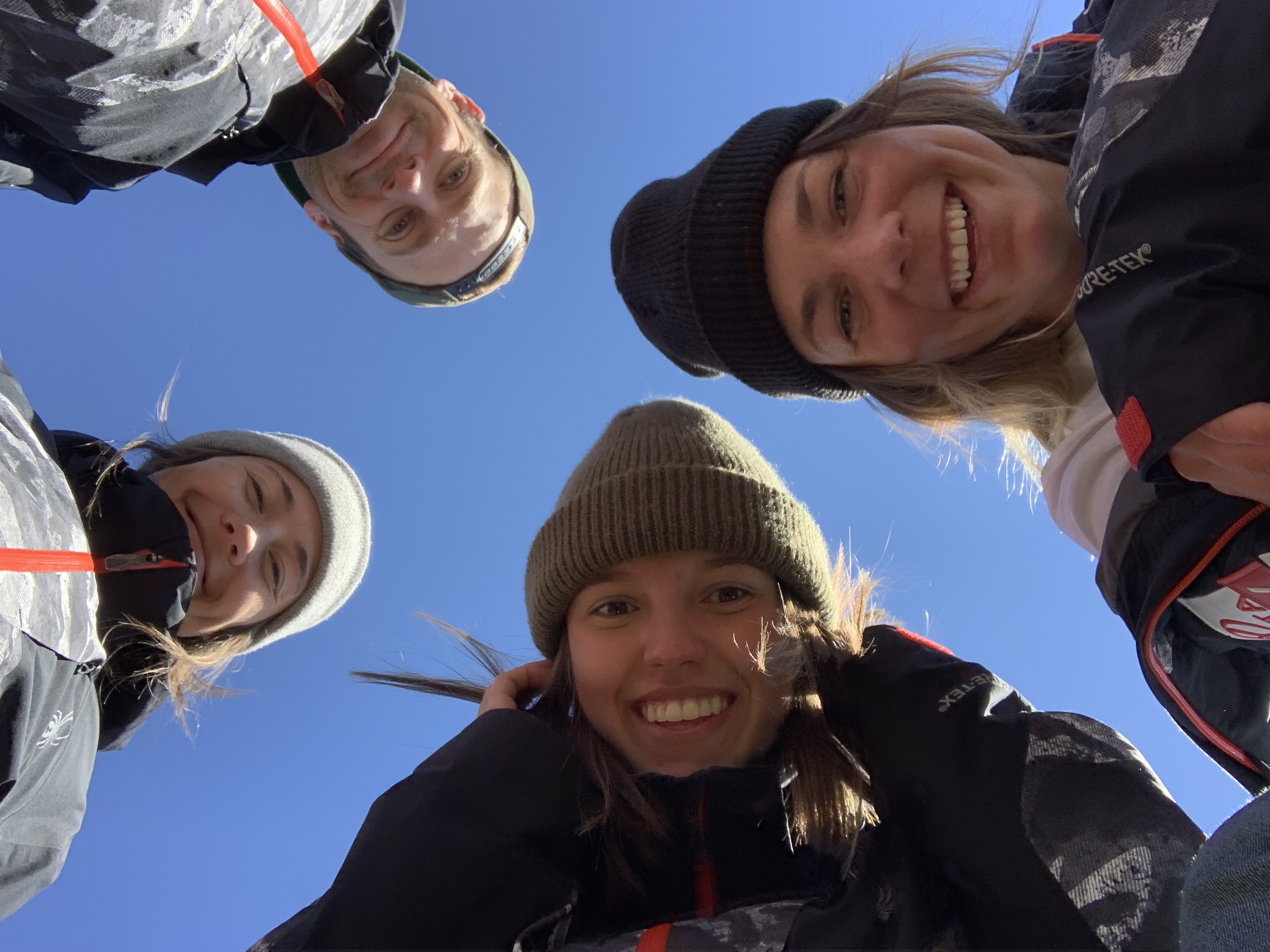 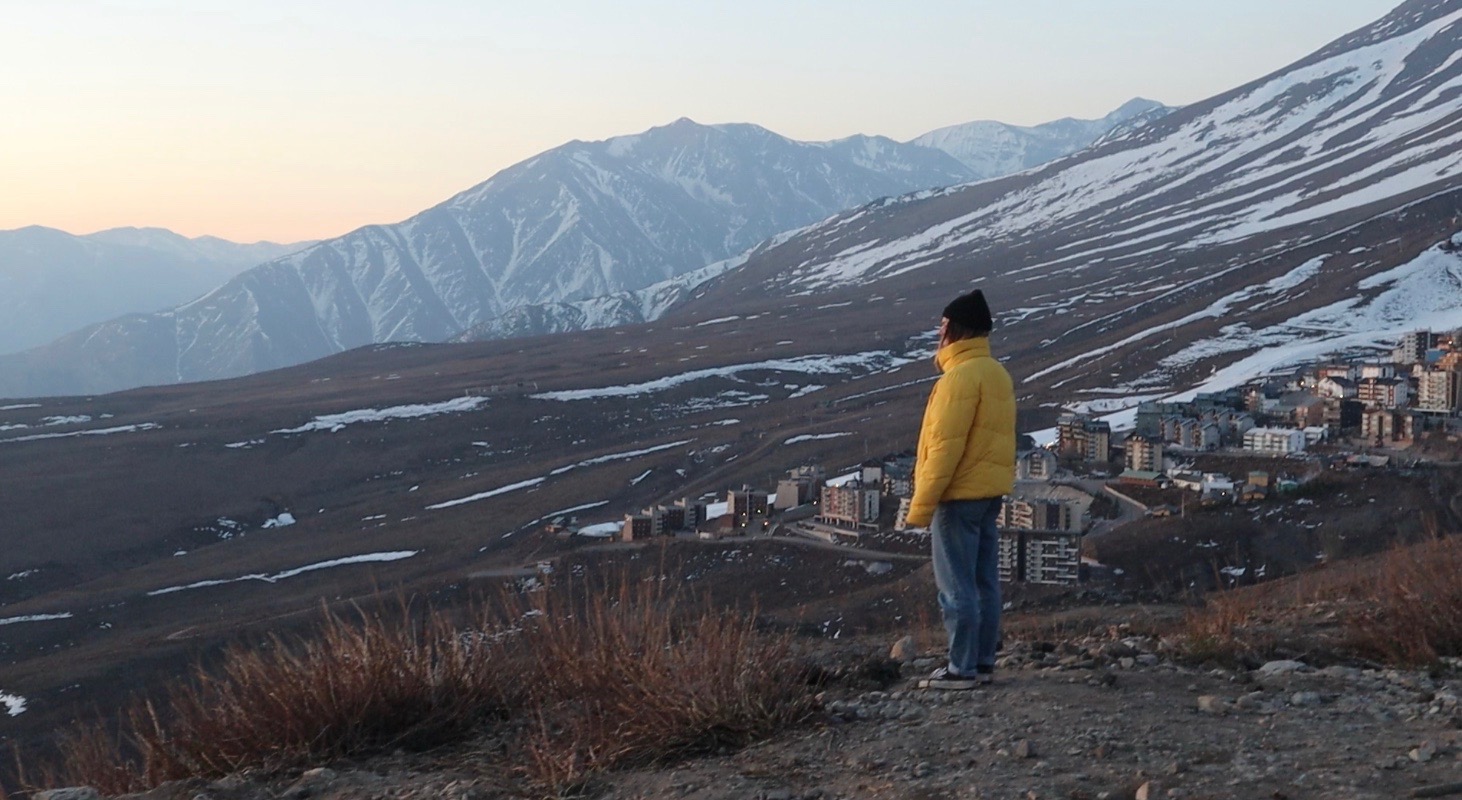 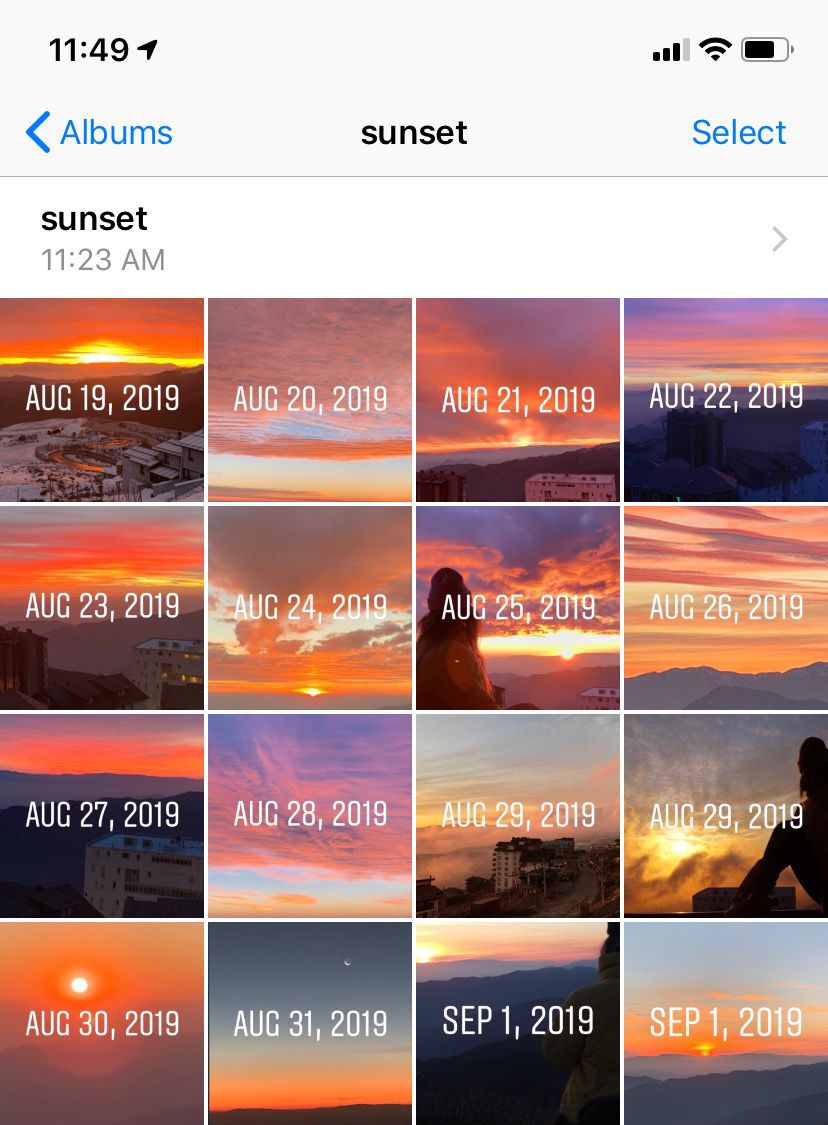 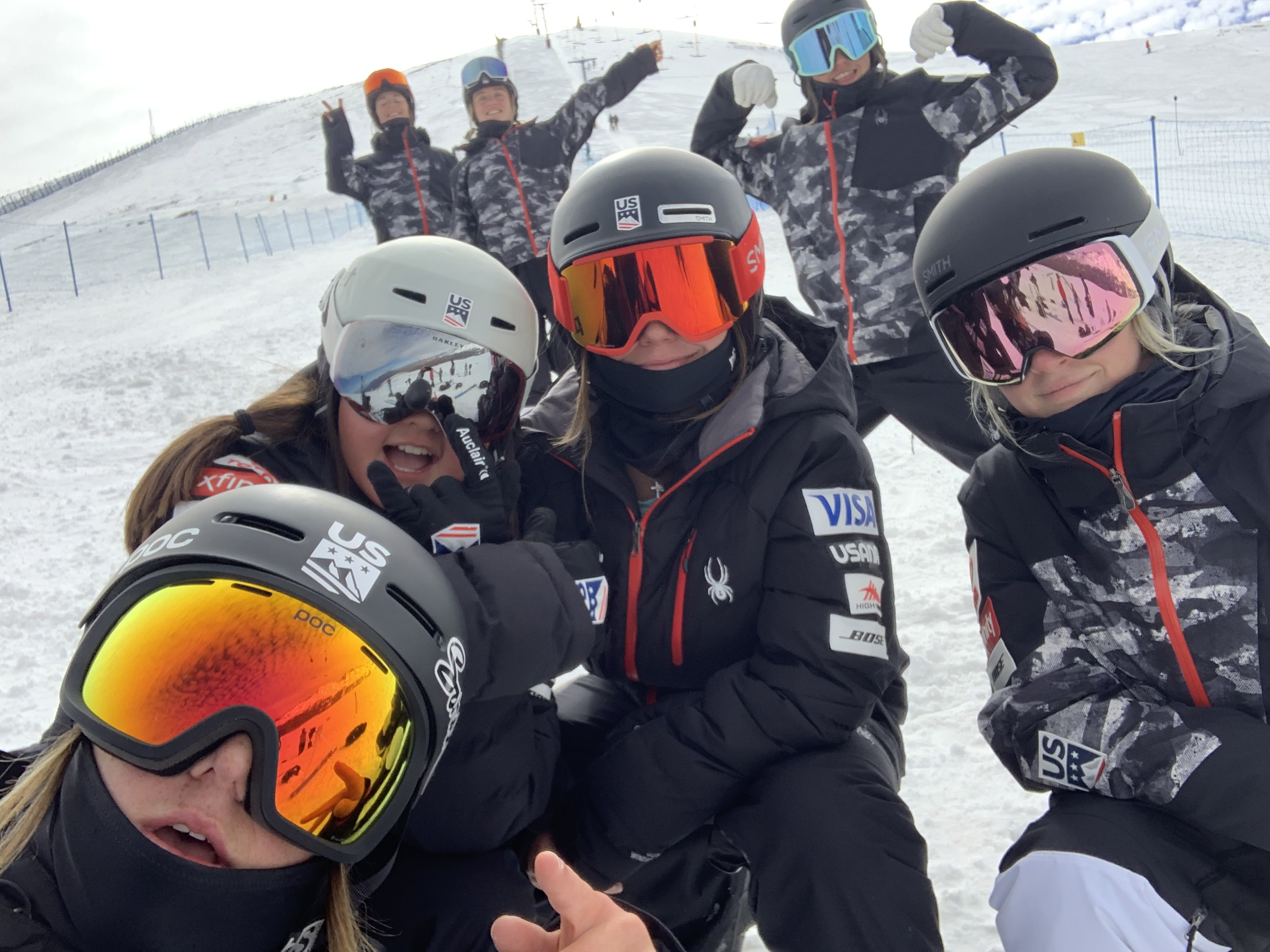 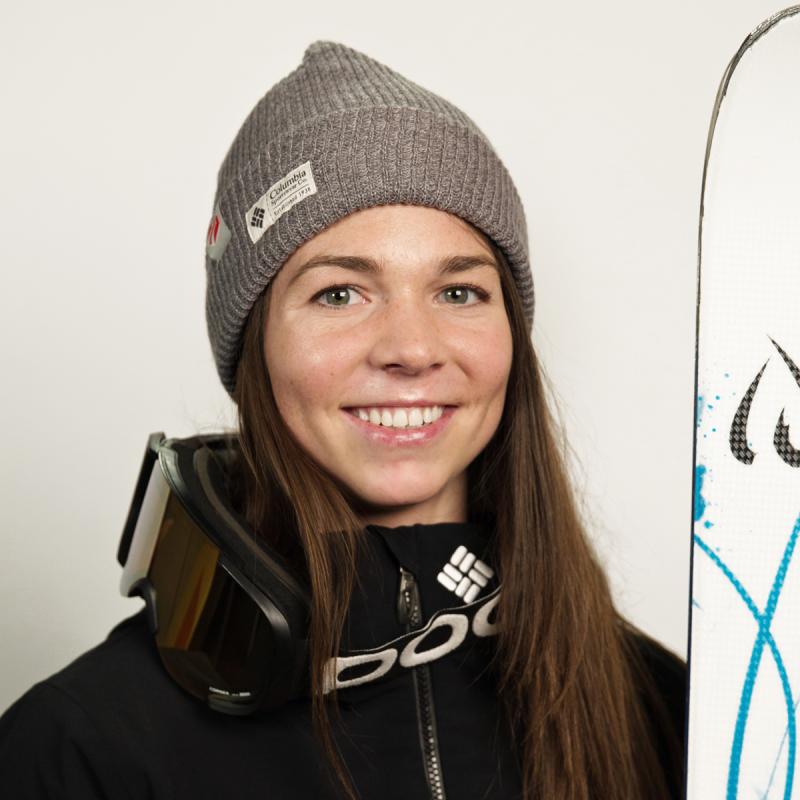