“This is definitely a step in the right direction after Soelden,” said Shiffrin, who finished fifth at the season-opening giant slalom last month in Austria. “I felt a lot more confident with my skiing today and I’m excited to keep that going. It was a sweet race today, it was really fun to ski.”

In front of a record-breaking crowd of more than 18,000 screaming fan at Killington – which eclipsed the previous record of 16,000 set last year at Killington – Shiffrin drilled her first run, leaving just a 0.26-second margin to first-run leader Rebensburg, winner of the season-opener in Soelden.

With a thundering crowd, overcast skies and light precipitation moving in for the second run, Shiffrin took a few risks to maintain her podium position.

“I felt like I had a couple little bobbles where I felt myself losing time,” she said. “But I also took a little bit of extra risk where I may have gained some time. It wasn’t like one of my flawless training runs where I felt like: ‘Oh my gosh it’s the fastest that course could be skied.’ But it was definitely one of my best race runs.”

With her second-place finish, Shiffrin maintained her overall World Cup lead by five points over Rebensburg heading into Sunday’s slalom, the second run of which will be broadcast LIVE on NBC at 1:00 p.m. EST.

“The mentality I had today is the same mentality I need to have tomorrow in order to bring out some of my better skiing,” Shiffrin said heading into Sunday’s slalom. “It’s a new day, a new race and new competition. And I’m excited to go for it!”

Bennett Top American in Lake Louise Downhill
The speed skiers kicked off their season today with the downhill in Lake Louise. Beat Feuz of Switzerland squeaked out the win over Matthias Mayer of Austria, who was second and Aksel Lund Svindal of Norway in third. Bryce Bennett (Squaw Valley, Calif.) was the top American Downhiller of the day in 21st. The super G goes off Sunday at 2:00 p.m. EST, led by Travis Ganong (Squaw Valley, Calif.), who has podiumed twice at Lake Louise. 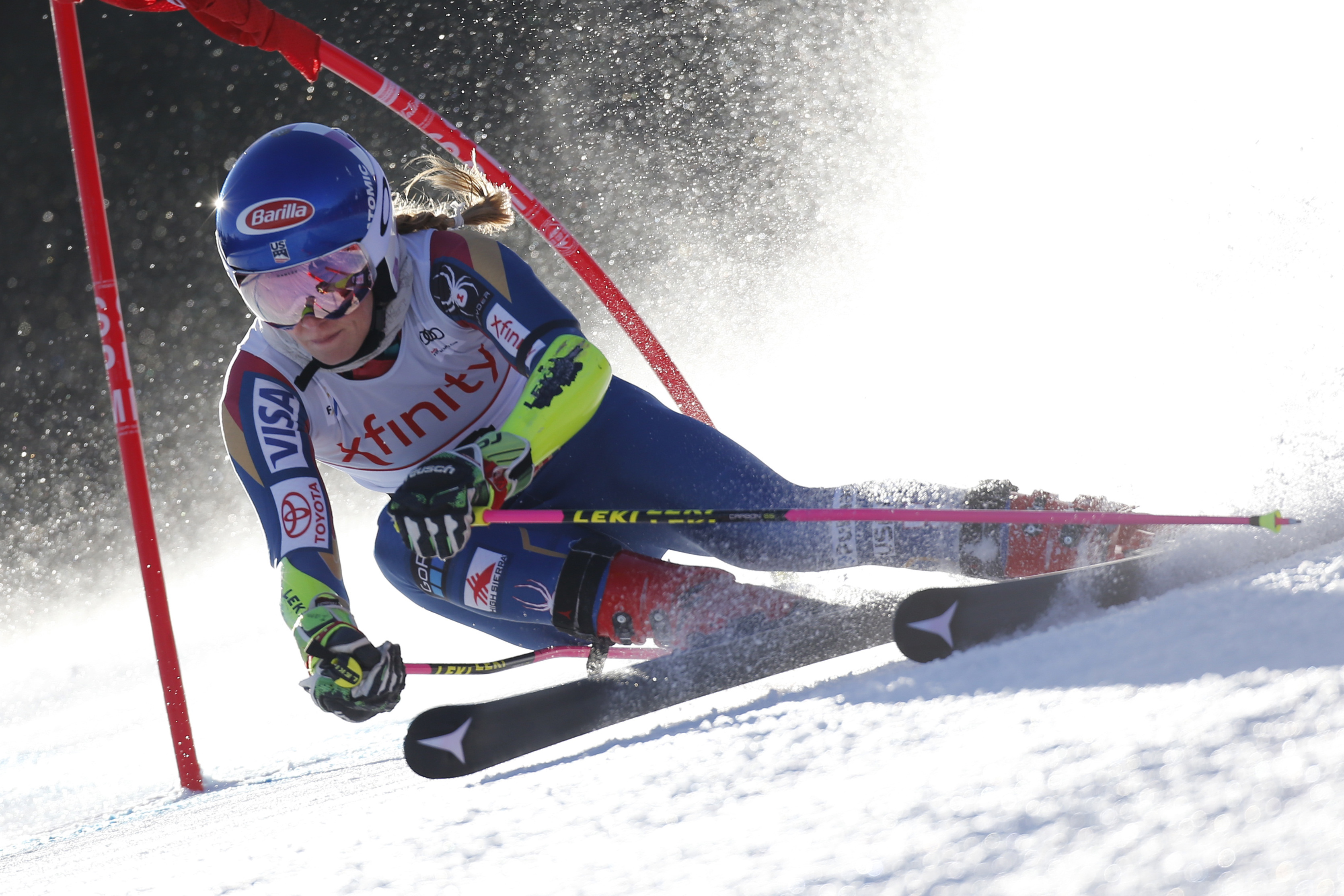