After a productive and fun week in Los Angeles, Calif., Mikaela Shiffrin (Edwards, Colo.) has returned home to Colorado to finish her final strength and conditioning block before heading to the Southern Hemisphere - first Argentina, then Chile - to return to on-snow training. In case you were curious, busy schedule or not, she would never miss a leg day while in LA.

Juggling a strenuous on and off snow schedule, Shiffrin - who was up for the Best Female Athlete ESPY Award in a stacked category that included soccer star Alex Morgan, gymnast Simon Biles and basketball player Breanne Stewart - has little time to devote to red carpet events. However, after being nominated in 2014 and 2018 in two categories each year - Best Female Athlete and Best Female U.S. Olympian, and again in 2019 for Best Female Athlete, Shiffrin has found the sweet spot in balancing a busy schedule featuring double sessions in the gym, sponsor obligations, media interviews and cover shoots, and more. Hearing all of that might make you tired - and it should, considering Shiffrin’s schedule is planned down to the minute. As an athlete first and foremost, it even includes precious time for refueling with snacks, rest and recovery.

The week is not all fun and games, but it is both fun and extremely productive. On the outside, it may appear that it’s all rubbing shoulders with the brightest stars in sport and Hollywood both - sitting in between NFL stars Odell Beckham Jr. (aka “OBJ”) and Patrick Mahomes, presenting on stage with comedian/actor Joel McHale and first round NBA draft pick Zion Williamson, dancing with musician Ciara at the afterparty and hanging with the newly-minted world champion U.S. Women’s National Team before heading to LeBron James' Uninterrupted party to meet the king himself - but it’s much more than that. There’s still work to be done. And by “work,” we mean work in the gym, of course. While other attendees may not be in their strength and conditioning season and may be able to take a break for a day or two, Shiffrin knows you can’t take time off if you want to be the best in the world.

What does that mean, exactly? A double session on the day you walk the red carpet with a sponsor shoot in the middle during her smoothie break with U.S. Ski & Snowboard’s digital team, plus time allotted for hair, makeup, the final fitting with the stylist, media on the red carpet, a photo shoot in the green room for the 2019 ESPY Collection (a photo series dedicated to the greatest athletes and sports figures of our time), and preparation for presenting the Best Comeback ESPY to the St. Louis Blues NHL team with McHale onstage. Imagine that schedule for a moment. As Shiffrin's notoriety is building with each spectacular season - there's always more...more requests for her time, more autograph signings, more media, more sponsor obligations, more training on and off snow - every second counts.

Shiffrin’s week in Los Angeles has evolved quite drastically since her first foray into red carpet-land in 2014 as a wide-eyed 19-year-old. In 2018, Shiffrin worked with a stylist for her red carpet look for the first time, and in 2019 she worked with Jasmine Caccamo, who also happens to style Morgan and fencing star Ibtihaj Muhammad, among others.

“I remember when I went to the ESPYS the first time, after winning Olympic gold in Sochi (2014), I had no clue what I was doing,” Shiffrin said with a giggle in an exclusive behind-the-scenes piece with Glamour Magazine. “I had just turned 19, and I was wide-eyed and, well, basically the gif/emoji for awkward. I wore a simple black dress and bought a part of YSL strappy heels which I still use to this day, they are AMAZING. I even did my own hair and makeup. I live in Colorado in the mountains (not in a place like LA where it’s more common to work with stylists and get dressed up for big events), and with my race schedule, I don’t get to walk the red carpet often, so I quickly learned to take advantage of those opportunities when they arise.”

Working with a stylist who understands athletic bodies was important for Shiffrin. “Last year was the first year I worked with a stylist, at the ESPYS and Nickelodeon Kids Choice Sport Awards, and it was great. I feel like I’m at the point in my career now where media and sponsor opportunities are increasing more and more, and it is important to find and create my own unique style as I continue to build and refine my brand. Alex Morgan is a good example of an athlete peer who also works with a stylist, and I had been following her look and really liking it. That’s the main reason I was drawn to Jasmine, actually, because she knows how to style an athletic body and she, too, was an athlete.”

More goes into choosing a “look” for an athletic body than one may consider. “As an athlete, I’m very aware of my body type and what works/what does not work. Skiers have powerful quads, and I know that if the dress is too short, it won’t look great, like my quads will overtake the dress. Similarly, I’m also big on accentuating my shoulders in a feminine way. I have always derived a lot of inspiration from style magazines and Instagram...some styles I follow are Rosie Huntington-Whitely, Gigi and Bella Hadid, Taylor Swift, Blake Lively, Karlie Kloss, (and I already mentioned Alex Morgan) etc. I love looks that are feminine and fresh, edgy in a classy way and not over-the-top - nothing forced (at least I hope not!). I make an effort to look natural but add a bit of uniqueness to the look at the same time. So, it was really important for me this year to build on the look I established last year on the red carpet, and - I was really happy with the final look.”

Coming off the best season of her career, breaking a new record almost every time she crossed the finish line - at a mere 24-years-old - Shiffrin was nominated for Best Female athlete for good reason. She had a record-setting 2019 season including 17 FIS Ski World Cup victories, four World Cup titles and three World Championship medals - two golds and one bronze - including becoming the only athlete in the history of ski racing to win four successive World Championship gold medals in a single discipline (slalom). This season, she established herself among the upper echelon of athletes as arguably the most dominant athlete in the world.

An ESPY Award, short for Excellence in Sports Performance Yearly Award, is presented by ESPN to honor individual and team athletic achievement and other sports-related performance during the previous year. Winners are chosen through voting by fans and sports writers, broadcasters, sports executives and sportspersons.

Critics of the Awards show took to social media, commenting that Shiffrin was “robbed," arguing that she didn’t just have the best performance for a female, but the best for any athlete - male or female. Many fans also said it was highly unlikely that Shiffrin’s 2019 season will ever be topped by another skier. Of course, the ever-humble Shiffrin acted with her usual class and sophistication, congratulating Morgan for the honor, noting the mere importance of the nomination for a skier in a non-Olympic year in the first place.

“I wanted to take a moment, one more time, to reiterate how completely honored I am to have been recognized in the same category as such incredible/dominant athletes like Alex Morgan, Simone Biles and Breanna Stewart,” commented Shiffrin. “For the little sport of ski racing (we have some work to do!) to be represented in a non-Olympic year is truly an honor in and of itself. From double sessions in the gym to the red and orange carpets, media and photo/video shoots - it was a very productive and fun week.” Mikaela Shiffrin poses with Jimmy V award winner Rob Mendez. Mendez was born without limbs but - as the owner of a deep love of football - Mendez decided early on that he wouldn't let his body limit his goal of coaching. 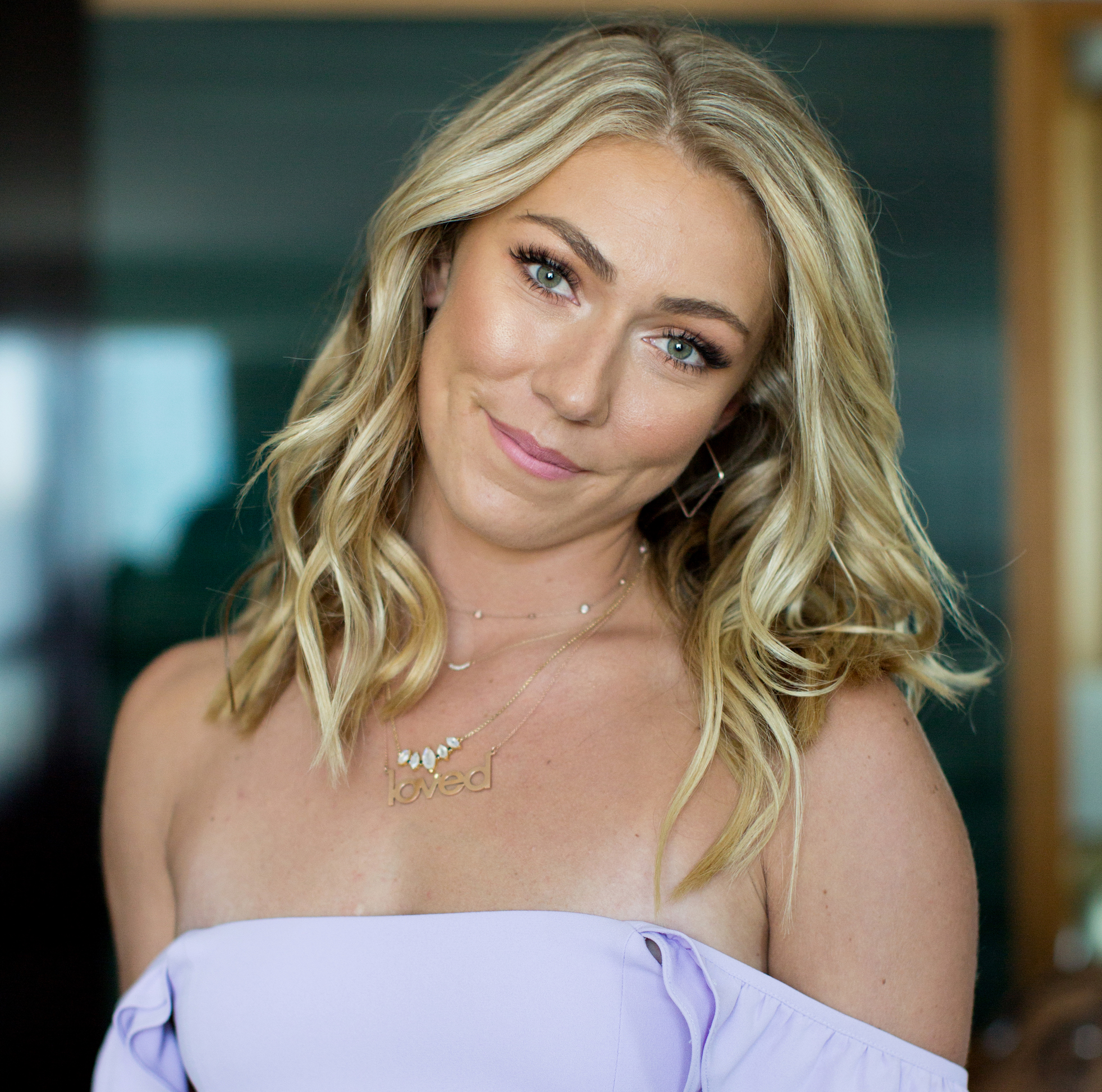