U.S. Ski & Snowboard’s slopestyle, big air, halfpipe, and snowboardcross athletes are coming off a very successful two-week Saas-Fee Training Camp in Switzerland, and are ready to travel the world in search of World Cup podiums.

The U.S. Snowboard Halfpipe Team are the lone representatives left on the glacier for U.S. Ski & Snowboard as they continue training until November 2. Armed with a new bag of tricks, the rest of U.S. Freeski and Snowboard athletes look forward to second FIS World Cup event of the season with snowboard and freeski big air in Modena, Italy on Nov 3. The FIS Snowboardcross World Cup kicks off in Montafon, Austria, Dec. 14-16.

Mother nature was clearly cooperating throughout U.S Ski & Snowboard’s stay in Saas-Fee. WIth nine days on snow and five sunny days in a row, there was plenty of opportunities for athletes to find their stride.

“We just wrapped up training and it went really well,” said defending FIS Snowboardcross World Champion Lindsey Jacobellis (Stratton Mountain, Vt.). “We had good weather which sometimes doesn’t happen on the glacier. Weather tends to roll in and get stuck here, so we were very fortunate.”

With the weather door wide open, numerous athletes took advantage of this opportunity and reached personal milestones and even completed world firsts. PyeongChang Olympic halfpipe gold medalist, and five-time World Cup winner, Chloe Kim (Torrance, Calif.), became the first woman to land a frontside double cork 1080 in the halfpipe. Also adding excitement to the halfpipe was Maddie Mastro (Wrightwood, Calif.) working on perfecting the double crippler. Mastro was the first female to land the trick in the halfpipe last May at Mammoth Mountain, where she stomped it twice during a training session. Mammoth Mountain is an official training ground for U.S. Ski & Snowboard.

Happy to do some more of these yesterday 🌈✨🦄. @kevinwestenbarger makes me look a lot cooler than I actually am .

Among the standout performances was U.S. Snowboard Rookie Slopestyle Team member Sean Fitzsimons (Hood River, Ore.), who had himself quite a camp, landing a switch backside triple 1620 and a frontside triple 1440. However, Fitzsimons got by with a little help from his friends.

“I was definitely feeding off Jake (Canter) and Dusty (Henricksen),” said Fitzsimons. “They knew I wanted to try these tricks and they were hyping me up all day long. That was huge because I was super nervous and their support helped me ‘man up’ and send it. The coaches were also a huge help. They were taking video that helped me visualize the trick and reassured me with confidence throughout the day.”

Additionally, it was hard to ignore Chris Corning (Silverthorne, Colo.) as he continued to dial in his backside quad cork 1800. This trick was Corning’s signature jump from his inaugural win of the season at the 2018 New Zealand Winter Games FIS World Cup big air.

“The Glacier in Saas-Fee watched in awe as Chris displayed full ownership of this trick. In many many cases, athletes just heard rumors of Corning and were astonished as he often landed the trick while many riders were still getting their morning coffees.”

“I have been thinking about doing that double for a couple years now and this summer I lived it out in Utah at the airbag,” said Krass. “My goal was to do it on snow in Saas-Fee, so I’m super stoked it worked out. It was an amazing day and everyone was feeding off each other’s energy with Maggie doing her double 1260 and Darian (Stevens) doing her first switch bio 1080.”

Voisin also took advantage of the airbag this summer and it paid off.

“I spent three weeks total this summer in Park City working it on the airbag,” said Voisin. “I for sure had times throughout the summer where I’d find myself getting very nervous over the idea of trying it on snow. It’s in times like that where you really test your strengths and I knew if I pushed through the fear I would prove my doubts wrong.”

U.S. Freeski Head Slopestyle Coach Skogen Sprang couldn’t be happier about the contribution these ladies will be making to the sport of freeskiing. “They will both be pushing the sport by adding these tricks to their competition runs this season. We are all stoked to see the progression from all the ladies this year!”

With no lack of experience on the U.S. Freeski Halfpipe Team, athletes and coaches took a strategic approach in Saas-Fee. This was the first time back in the halfpipe for most of the athletes this season, so it was imperative everyone got comfortable again before trying new maneuvers. With returning Olympic halfpipe medalists Brita Sigourney (Carmel, Calif.), Maddie Bowman (S. Lake Tahoe, Calif.), and David Wise (Reno, Nev.), they took a longer-term approach focusing on competition tricks and less on progression. However, Brita Sigourney showed no signs of slowing down coming off her Olympic bronze medal performance in PyeongChang.

“She was skiing with serious confidence, locking in good grabs, and spinning on great axes,” said U.S. Freeski Team Halfpipe Head Coach Andrew Woods. “Her back to back 900s were legitimately 10-15 feet out of the halfpipe and I’ve never seen her ski better.”

There were many highlights at Saas-Fee training camp, but perhaps none greater than reuniting an athlete with his team members. Brock Crouch (Mammoth Lakes, Calif.) broke his back in an avalanche in Whistler, Canada last April and Saas-Fee camp was the first time he got back on his snowboard with his teammates.

“He was looking good on his board and seemed to be back where he let off,” said U.S. Snowboard Slopestyle and Big Air Pro Team Coach Dave Reynolds. “We are happy to have him back in action.”

U.S. Ski & Snowboard off-season training resources, mixed with skilled and dedicated athletes and an amazing coaching staff resulted in an incredibly successful training camp. Many of these new tricks will make their competition debut this season, be sure to tune in as the hard work from Saas-Fee pays off. Brita Sigourney and Maddie Bowman celebrating another good day on the glacier. (The Stomping Grounds Park) Chris Corning getting his repetitions in at the Saas-Fee Camp. (The Stomping Grounds Park) 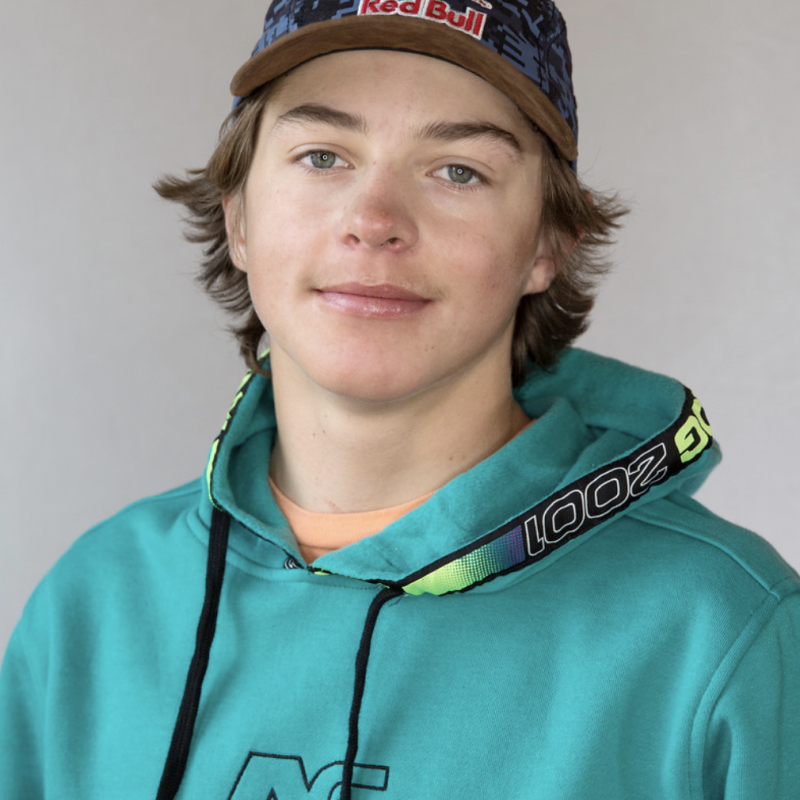