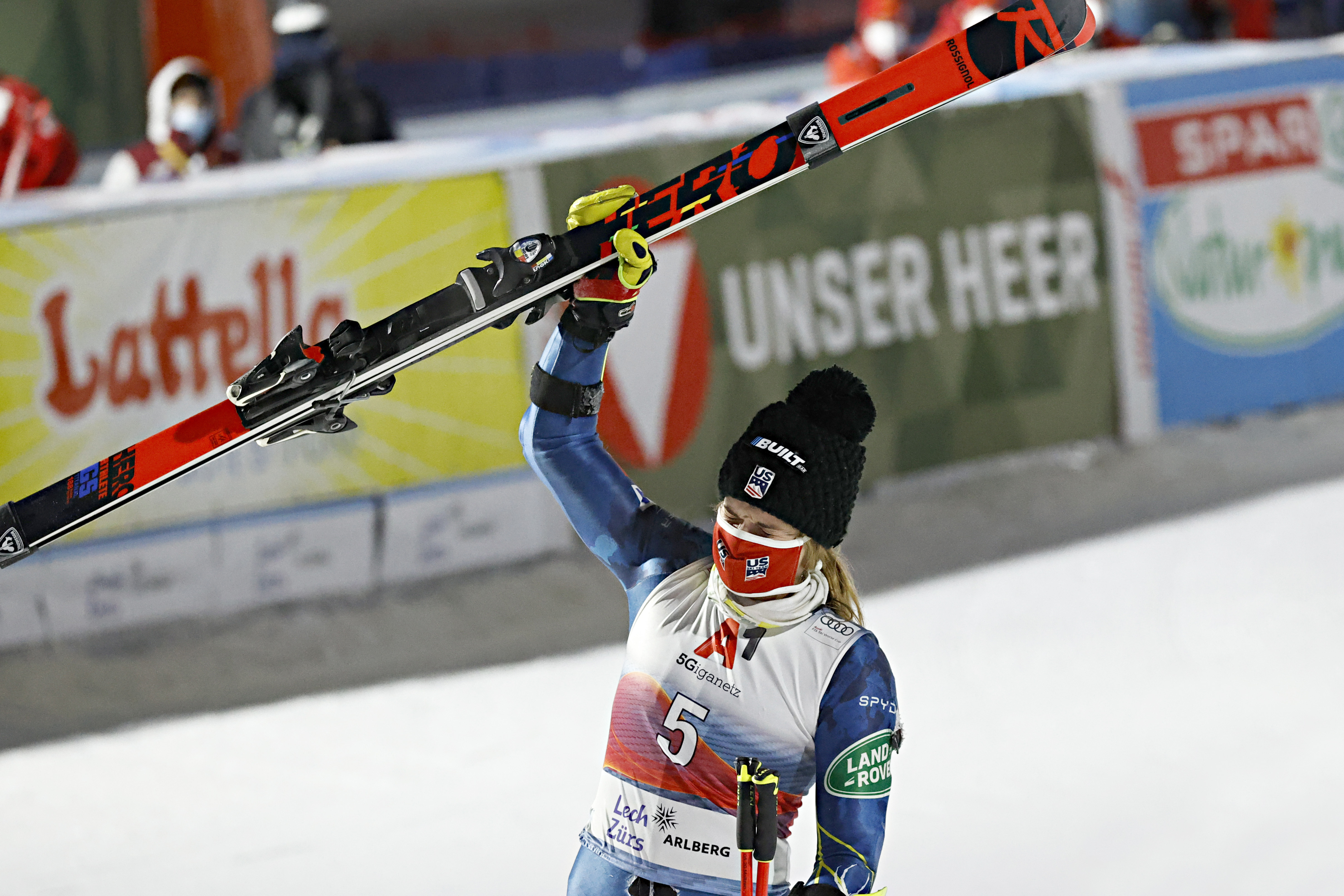 Under the lights at Lech Zuers in Austria, 2017 NCAA Slalom Champion (University of Vermont-Catamounts) and current Land Rover U.S. Alpine Ski Team athlete Paula Moltzan grabbed her first career World Cup podium, with a second-place in the first and only FIS Ski World Cup parallel event of the season. Slovakia's Petra Vlhova won, while Swiss Lara Gut rounded out the podium in third.

Coming into the parallel event, Paula didn't have expectations. Having traveled from Levi, Finland, where she was 23rd in the second of two World Cup slalom races on Sunday, she was just hoping for a top-30 and some points. She walked away with her first podium, and what a sweet Thanksgiving gift it was.

Paula came out of the morning's qualifier round ranked fifth, and an unexpected favorite heading into the final round on Thursday evening. With the new parallel format, the top 30 from the qualifying round receive World Cup points, but only the top 16 advance to the final head-to-head elimination round.

The conditions were amazing at Lech Zeurs. "It was really good, the snow conditions were unbelievable," said Paula. "The snow held up for every round, so that was a really nice thing to experience as well as the lights were awesome. Obviously, we were missing the crowd, but I had a great group of teammates cheering me on in the finish."

What does Paula want to do first to celebrate her first podium on Thanksgiving? Call her mom, of course. "I'm kind of overwhelmed, but I'm really lucky and really excited to have a great team to share it with, so I'm excited to see all of them and get the hugs...and I can't wait to talk to my mom," she said with a big smile.

You could say Paula's path to the World Cup podium was unconventional. She grew up skiing at Buck Hill, Minnesota under the legendary Erich Sailer. She spoke about her humble beginnings after the race, "I started skiing because my parents were ski instructors at this tiny little hill in Minnesota [Buck Hill]," she continued, "and in the winter instead of going to daycare while they taught skiing, I'd just go join the lessons with them. I was the youngest of three, so I was just trying to keep up with my two siblings."

She was on the U.S. Ski Team, but when she didn't make criteria in 2017, she opted to go to University of Vermont to ski for the Cats and continue her career. There, she not only was crowned NCAA Slalom Champion in 2017, but also found the joy of skiing again. Straddling both NCAA and the World Cup during the 2018-19 season, Paula found success once again at the World Cup level and achieved criteria for the U.S. Ski Team again in 2019-20. After a tough 2019-20 season, she worked tirelessly in the offseason, often doing two-a-day workouts...and all of that hard work has more than paid off.

After the race, clearly psyched for her teammate, AJ said, "It feels great to finally get in the points and even better to get them the same day as my other teammate's first World Cup podium. It's a great way to start the ski season for the whole team!"

Up next? Paula and the crew will take some time off and celebrate Nina's birthday on the 29th. From there, they'll start prepping for the World Cup in Courchevel, France. Tommy Ford, Bridger Gile, River Radamus, and George Steffey will compete for the men in Friday's parallel.