Minnesota athletes Alayna Sonnesyn and Jessie Diggins are very much looking forward to the opportunity to compete on home soil at Theodore Wirth Park in February of 2024. (Jessie Diggins - Instagram)

Minneapolis is back on the FIS Cross Country World Cup schedule for the 2023-24 season.

Following last year’s disappointing cancellation of the first U.S. Cross Country World Cup in 20 years due to the COVID-19 pandemic, the Loppet Foundation, along with the American Birkebeiner, is on the long-term planning calendar for a U.S. World Cup swing following three days of racing north of the border at Canmore, Alberta, in February 2024.

“We are really excited to have the USA back on the World Cup calendar for 2024,” said U.S. Ski & Snowboard Cross Country Director Chris Grover. “After coming so close in 2019, the Loppet Foundation is hungry to host these races, and the creative bid from the American Birkebeiner Ski Foundation makes for a great package of racing in the U.S. and Canada.”

FIS released the long-term planning calendars through the 2024-25 season in order to optimize planning, travel schedules and facilitate the needs of athletes, and teams as well as other stakeholders. The long-term calendar frame was established to provide a consistent schedule beginning the last weekend of November and ending the third weekend of March annually. The long-term planning schedule consists of five blocks of racing, including free weekends, and allows for organizing nations and venues will be selected in order to reduce travels and optimize logistics.

The 2021-22 FIS Cross Country World Cup schedule was also released this week, kicking off Nov. 26-28 in Ruka, Finland. The schedule includes the FIS Tour de Ski, which was adapted to feature six races over eight days - instead of the traditional eight races over 10 days - in order to meet the needs of athletes as they focus on the Olympic Winter Games, Feb. 4-20 in Beijing. However, the 2021-22 schedule is still quite busy with more than 30 races scheduled at 14 venues throughout central Europe, Scandinavia and Russia.

“In terms of the 21-22 calendar, it is really full,” Grover said. “It will be a challenge for top athletes to compete everywhere. Luckily, the FIS Council approved the long-term calendar framework beginning in 22-23, which provides a model that is more sustainable and encourages the top athletes to participate in the full World Cup calendar.”

An additional competition day was added to the 2021-22 season in Falun, Sweden, March 13 with two mixed events on the same day - a 4x5k mixed relay, and a mixed team sprint. Due to the late date on the schedule, athletes will have to decide which event to participate. Also, the mixed events will not count toward the athletes overall World Cup points.

“The mixed team events will be really fun,” Grover added. “I’m excited to put together teams for these events and get as many athletes racing as possible.”

The Davis U.S. Cross Country Ski Team just wrapped up a two week training camp in Bend, Oregon, with on-snow training at Mt. Bachelor. It was the first training camp in more than 18 months, and with the 2022 Olympic Winter Games taking place at an elevation above 1,500 meters, served as the first of three altitude prep camps for the U.S. Team.

The team received the red carpet treatment from Sue Foster, nordic ski center director at Mt. Bachelor, and her staff at Mt. Bachelor to ensure the athletes had a successful camp, which included many kilometers of beautifully groomed skiing each day.

“The Bend camp was very productive,” Grover said. “We were really impressed by the technical progress of each of the athletes, and their willingness to learn from each other and share knowledge openly.”

The camp provided returning athletes a chance to meet the lone new member of the team, Zanden McMullen, who joined the Development Team after posting some very impressive results last season, including a fifth-place finish at the 2021 FIS Junior World Championships.

“We also had incredible support from the U.S. Ski & Snowboard Sport Science and Sports Medicine Team,” Grover added. “We are so thankful to have the team vaccinated and be running training camps again after a year and a half with no preparation camps.”

The next camp is scheduled for July 24 through August 8 on the Eagle Glacier in Alaska. The final prep camp will take place in Park City, Utah, October 4-18. 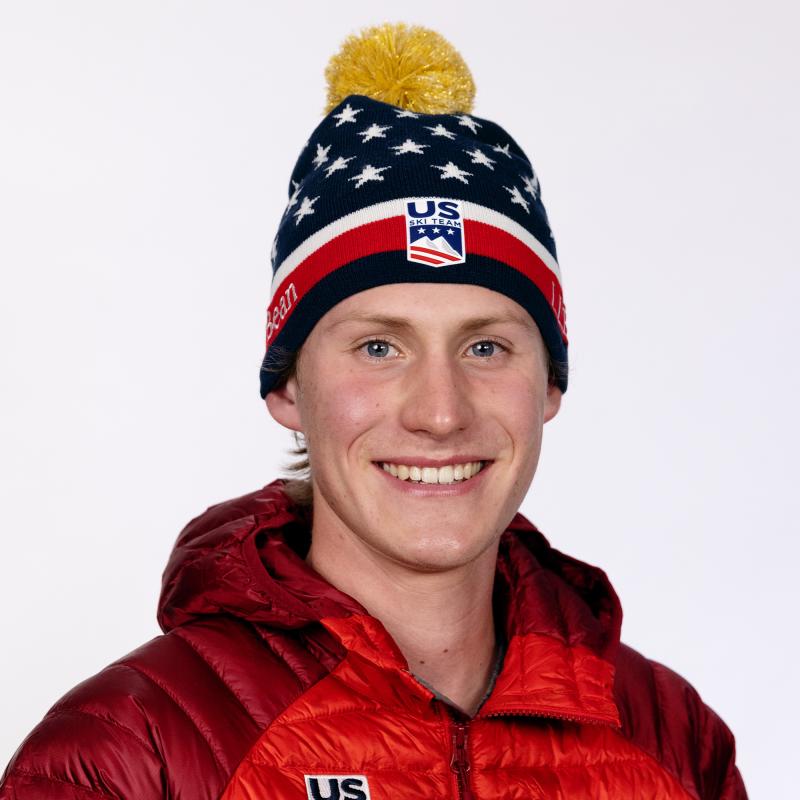