In yet another foggy, snowy day in the Arctic Circle, the Attacking Viking Henrik Kristofferson found his way back to the top of the podium under the lights to grab his second career reindeer. Frenchman Clement Noel was second, while Swiss Daniel Yule rounded out the podium in third.

Clement was leading after the first run by 0.39 seconds, over Great Britain’s David Ryding, and for the first half of the run it looked like David could find his way onto the top of the podium for the first time until he crashed just before the finish line. Henrik had a commanding second run and bested Clement by a mere 0.09 and Daniel by 0.18.

The lone competitor for the Land Rover U.S. Alpine Ski Team, a young up-and-comer and 2019 national slalom and alpine combined champion, Luke Winters started bib 40 and had a blazing fast first run going before he DNFd five gates before the finish. With split times that looked like this: +.06 seconds (fourth fastest), +.26 (eighth fastest) and +.57 (fifth fastest), he was cruising before leaning in over the last roller and skiing out just before the finish. In a split frame on the broadcast, they showed that Luke was actually ahead of eventual race winner Henrik Kristoffersen’s pace before he fell. His coach, Ryan Wilson, was commenting on Luke’s speed and progression in training earlier this week - Luke has been training with all of the top nations and holding his own. Keep an eye on this one as the season progresses. He’s looking to carry on that #SlamifestDestiny motto for the group of young rising stars that has made a commitment to recreating competitive slalom talent in America.

Up next, the men travel to Lake Louise for the North American portion of the tour with a speed series including downhill and super-G, followed by the Xfinity Birds of Prey World Cup the following weekend. 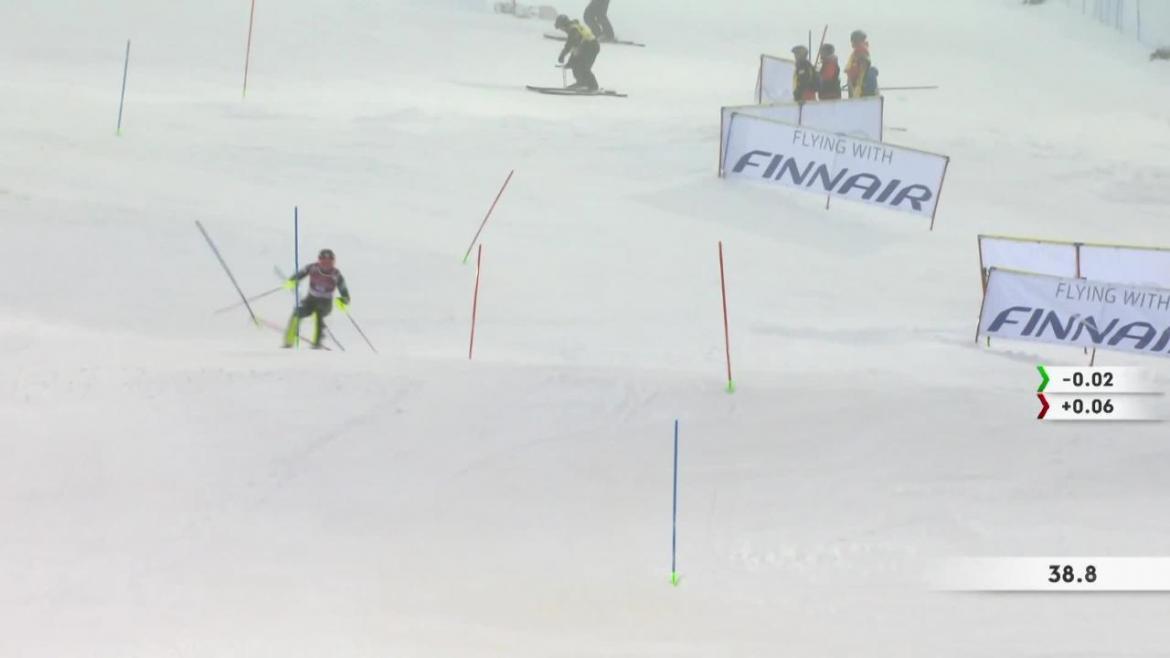 This 2018 World Junior Championships super-G bronze medalist was born and raised in Oregon with a twin brother, two sisters, and two awesome parents.