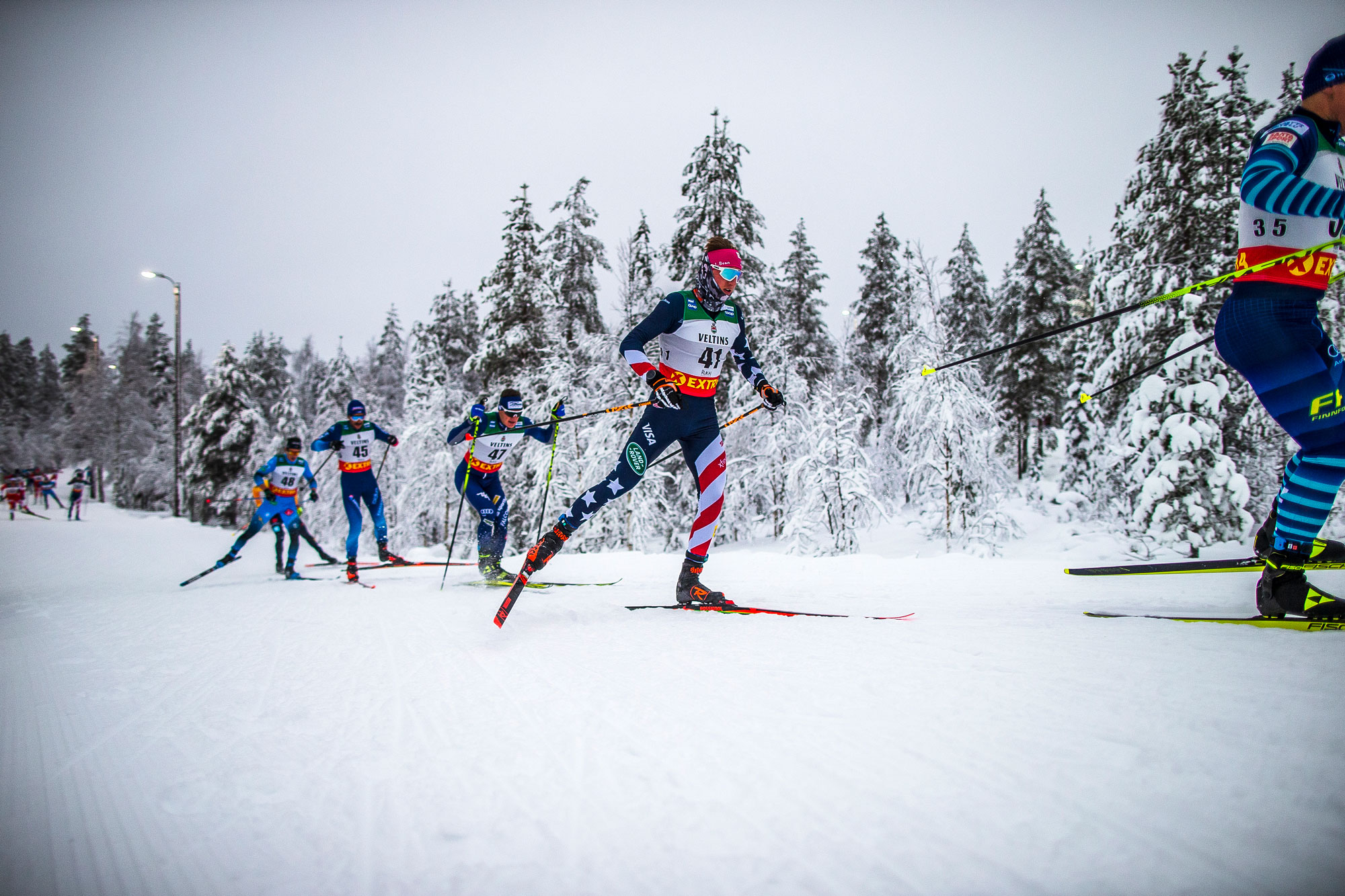 Three days into the World Cup season and the Davis U.S. Cross Country Team is beginning to hit its stride after placing six athletes into the top 30 in the final event of the Ruka Triple, led by Rosie Brennan finishing fifth in the overall classification.

“I am beyond excited to close out this weekend on such a high note, not just for me, but for the whole team,” Rosie said.

Sunday’s 10k freestyle pursuit for the women and 15k freestyle pursuit for the men featured a number of career-best results, including Rosie finishing with the third-fastest time of day and a World Cup best fifth-place overall finish; and Gus Schumacher picking up his first top-30 result, finishing with the 24th fastest time of day, and the top time among U23 athletes. Gus finished 32nd in the overall classification in his first European World Cup race weekend.

“It felt really good to ski around with those guys,” Gus said of dicing it up with some of the best skiers in the world. “It’s also just fun to ski in a pack again.”

For Scott Patterson, he returned to the World Cup circuit for the first time in almost a year and used the Ruka Triple to build upon a solid summer of training. “I think there were good signs throughout the weekend,” he said. “I’m psyched to put out a good time of day and look forward to more opportunities. I need a few more classic races to build for, and my sprinting always needs work, but I felt there were good parts and good signs every day.”

Finding the race legs was also Jessie’s goal this weekend. “Today was a great step in the right direction as I find my race form and get more time on snow again,” she said. “I’m so SO stoked for Rosie and very proud of our service team and staff for the awesome skis they made us all weekend.”

Rosie started 11th in the 10k pursuit and fought hard to close in on the leading group. “I knew it was going to be tight and a big battle out there so I chose to start hard and see what kind of a pack I could get myself into,” she recalled. “I ended up skiing alone for most of the race, slowly crawling my way up to the front pack.”

At the halfway point, Rosie was able to join the lead group. Meanwhile, Jessie, who started 21st, continued to pick her way through the field, moving up to 15th. Coming into the final kilometer, a couple of the skiers in Rosie’s group got tangled up.

“There were quite a few sprinters in that pack so things quickly got tactical,” Rosie said. “I tried to remain composed and make a plan but found myself in the back of the pack heading down the last big downhill. Then something happened on that downhill and someone fell which caused others to pile into them...being in the back, I had to quickly adapt and slalom through them. Luckily, I made it through unscathed, but now had a gap to the leaders. I did all I could but unfortunately, couldn't quite catch up before the finish. However, that is my best World Cup finish to date and I am very excited about that.”

With next weekend’s World Cup in Lillehammer, Norway, cancelled, the Davis U.S. Cross Country team travels to Switzerland to prepare for the next World Cup in Davos the weekend of Dec. 11-12. 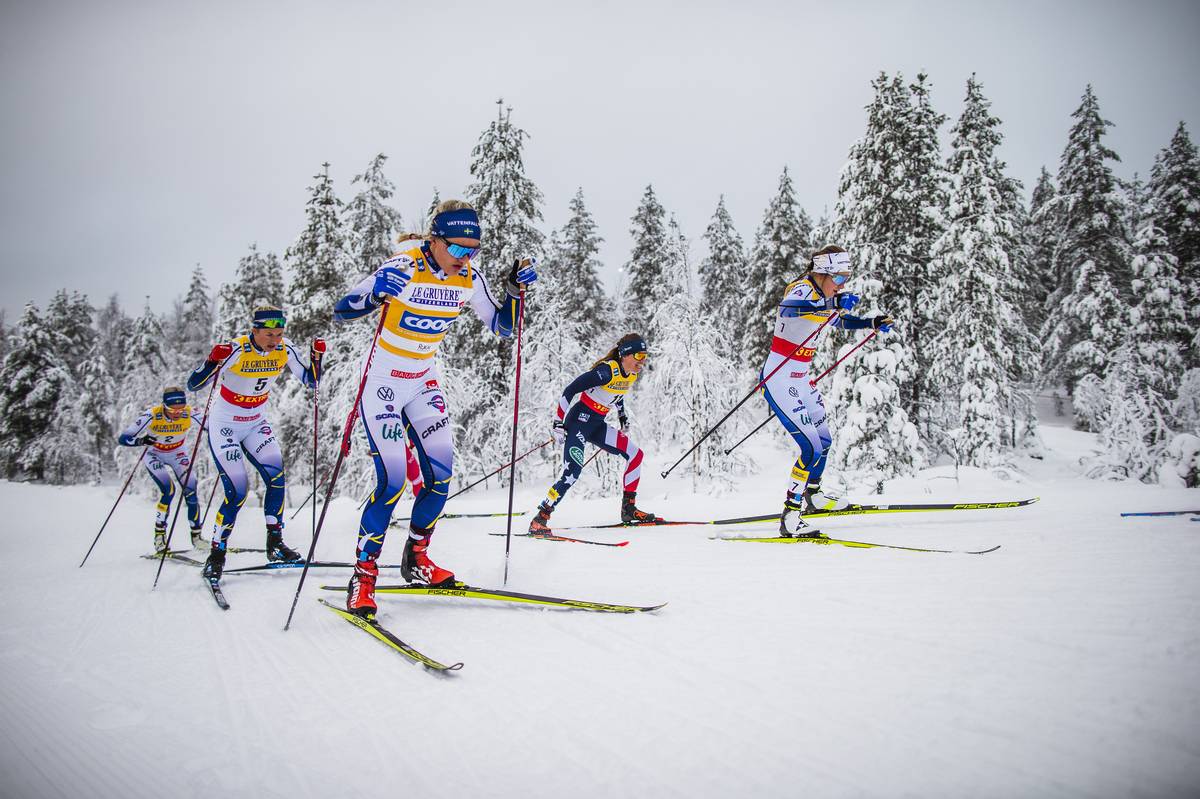 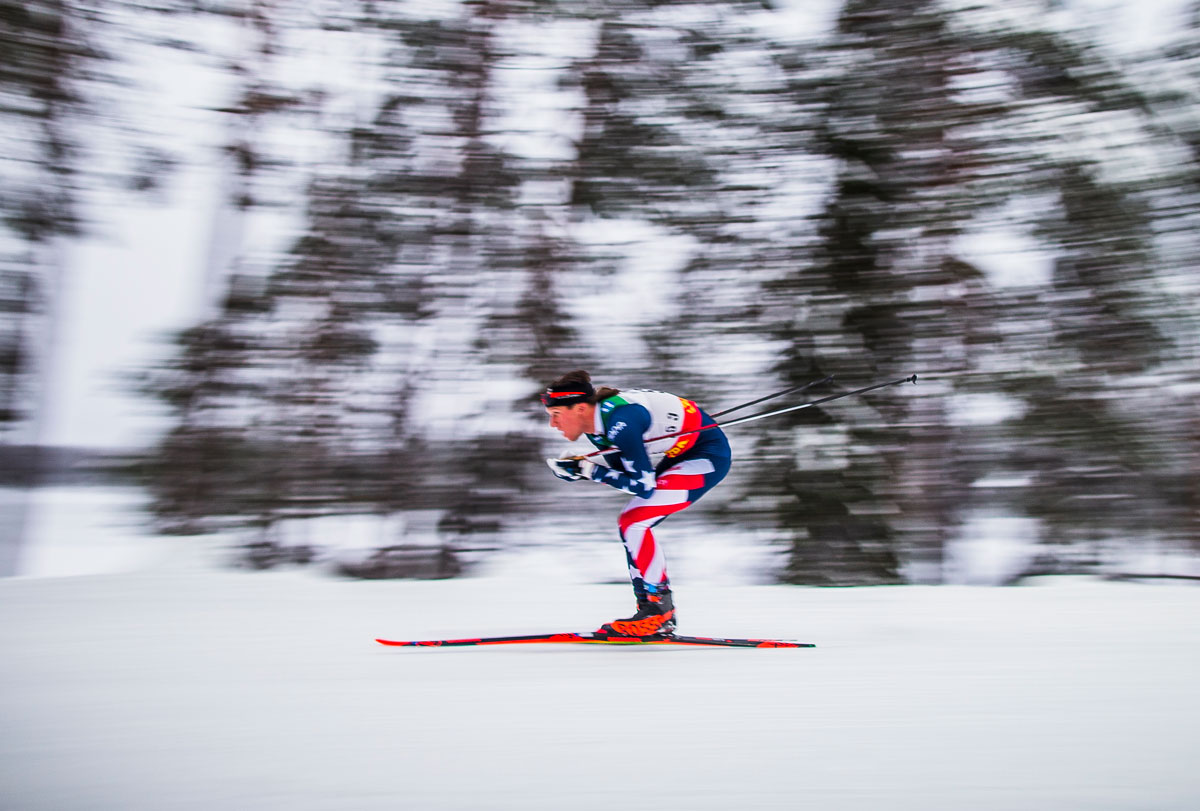 Scott Patterson was the fastest among the U.S. men in Sunday's 15k freestyle pursuit at the Ruka Triple Sunday in Ruka, Finland. (www.nordicfocus.com. © Modica/NordicFocus)