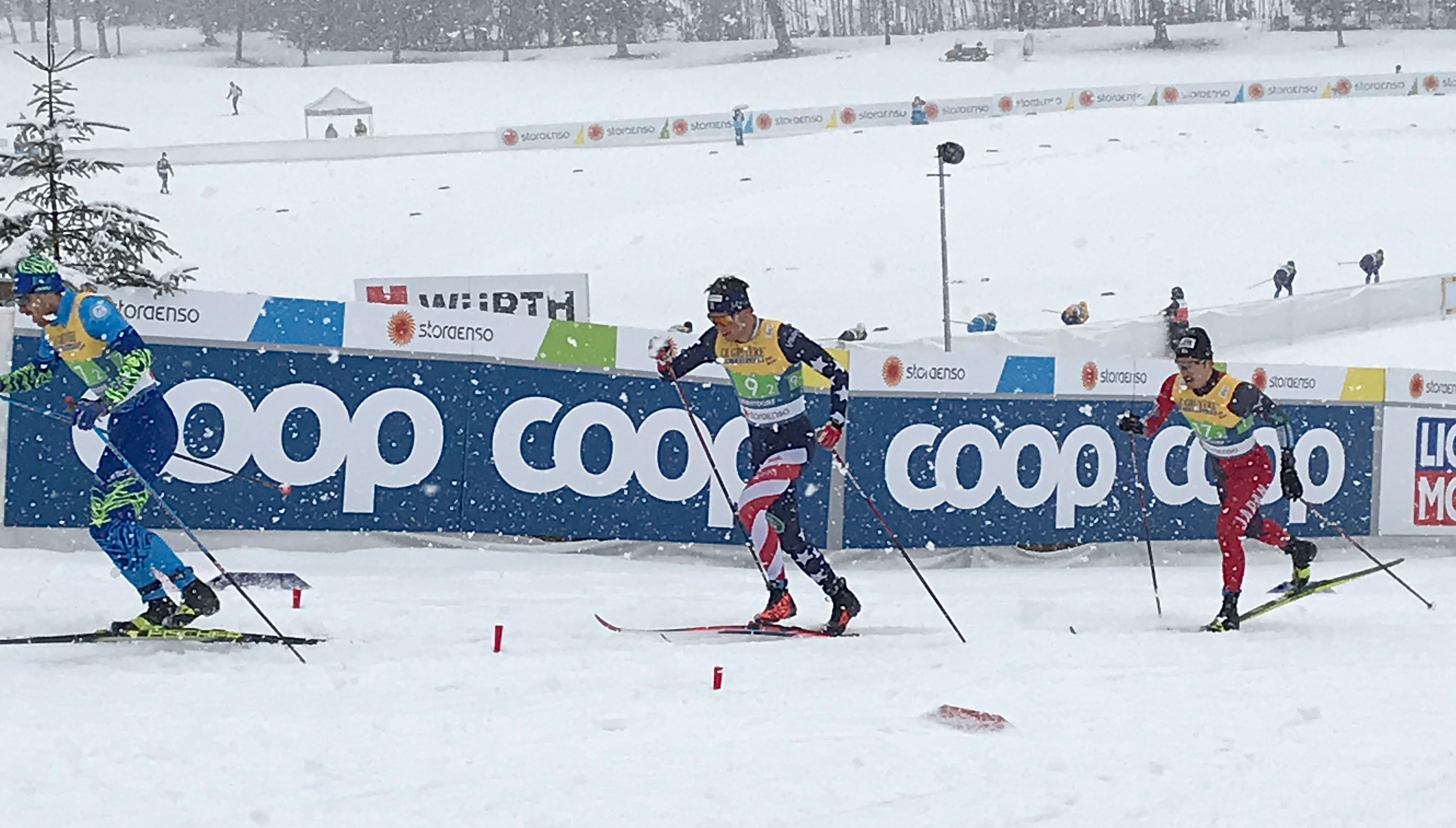 Simi Hamilton, David Norris, Scott Patterson, and Gus Schumacher teamed up to represent the United States and post the best 4x10k relay finish in decades for the Americans, finishing eighth in Friday’s event at the 2021 FIS Nordic Ski World Championships in Oberstdorf, Germany.

“I’m super proud of our team,” Hamilton said. “We put together four really good, consistent legs. Our skis were awesome...and that was the most fun relay I have ever skied on the World Cup or World Champs.”

Norway dominated again, winning their 11th-straight World Championships team relay gold medal dating back to the 2001 World Champs in Lahti, Finland. In fact, Norway has won the gold 19 times in the history of the event at World Championships. The RSF team took the silver, and France skied to the bronze medal.

Much like the past World Champs, Norway won again in dominating fashion, as Johannes Klaebo simply toyed with Alexander Bolshunov during the fourth and final leg. Entering the last three laps of the race with a sizable advantage, Klaebo skied at a comfortable pace, allowing Bolshunov to catch him.

Both men had a sizable advantage over the second group consisting of France, Sweden, and Switzerland heading into the third and final 3.3k lap. Coming into the stadium with one climb remaining, Klaebo passed Bolshunov around a sweeping right turn and dictated the pace up the final climb. Near the top, he attacked and Bolshunov could only watch him glide away to yet another gold.

The Americans had a battle in their own right, moving up from 12th early in the race, into the top 10 on the second classic leg by Scott Patterson. Hamilton skied a solid third leg and tagged off to Schumacher to finish it off.  On the second of his three laps, Schumacher attacked a group that included Germany’s Friedrich Mock, and Canada’s Remi Drolet. With Japan’s Keishin Yoshida and Jan Pechousek of the Czech Republic dangling a few seconds behind. That effort pulled the German into a one-on-one battle with the 2020 Junior World Champion.

“It was fun to just feel like I had some fight to give,” Schumacher said. “I knew (Mock) was a really strong skater and distance skier, and especially on the climbs, so I strung out a (few), but I didn’t want to lead so much. I knew if I was leading I could control the pace a little more, so I kept it more in my zone.”

“In my mind, if I would have made it to the top of the climb with him, I think I could have beat him to the line, but I wasn’t able to close the door enough,” he added. Schumacher dug deep and finished strong for the American’s on another crazy weather day with moderate to heavy wet snow falling throughout the race.

“It was a crazy, bizarre, different day with the conditions,” Hamilton said. “You never really knew what to expect when you wake up and it’s just 32 (degrees) and dumping (snow) all day.”