Sophia Laukli is held up by her teammates after having a career-best result in Val di Fiemme, Italy. (@NordicFocus)

Today was a day for career-bests and rewriting history. Sophia Laukli nabbed her best-ever World Cup result, Ben Ogden made history with the top finish by a U.S. male in the Tour de Ski and Rosie Brennan finished top five overall through the seven stages.

To cap off the grueling Tour de Ski, the final stage took the athletes still in contention up the Alpe Cermis resort, a 10k course that approaches nearly 30 degrees of steepness at points. The Final Climb course is considered the hardest course on the FIS World Cup circuit as it winds up 10k of alpine terrain with grades that one typically only skis down, not up.

Laukli, or as her teammates call her, the "uphill queen" left it all out on the course and finished the day in third, skiing to her first career World Cup podium and the best result of her career. Throughout the race, Laukli made pivotal moves that left the women around her shocked.

Laukli, also a professional trail runner, is all too familiar with steep elevation gain in short distances, making the Final Climb far less intimidating. Her experience with steep grades, pushing it through intense elevation gain and just being an overall great skier, led her to make the move onto the podium for the first time in her career.

“This result is really motivating and it’s so fun to end the Tour on this race. Today topped it all off for sure and I’ll savor this feeling forever!” Laukli said, post-race.

For the women, the entire team made it to the top and three were in the top ten. Laukli made it to the top of the mountain in third, Jessie Diggins fifth and Brennan sixth. As seen in the last several hundred meters, it was a fight with Diggins and Brennan less than a second apart and only 53 seconds back from the winner, Delphine Claudel of France. Julia Kern crossed the line in 21st and Alayna Sonnesyn in 35th.

An important note - all women who started the tour for the U.S., finished.

For the men, Scott Patterson kept his momentum up the hill and ended the day in 14th place, leading the men in the final stage. "It was hard, it's been a long tour but it's been pretty good. I am happy with it and I'm psyched for what's next," said Patterson.

Not far behind was Ogden in 24th, Hunter Wonders in 32nd, Gus Schumacher 33rd and Finn O'Connell in 47th. Zak Ketterson, JC Schoonmaker and Kevin Bolger did not race the final stage of the Tour.

For the overall Tour de Ski standings, history was made. Ogden finished in 13th, marking the best result of any U.S. in Tour de Ski history. The young American skier has made a rapid push to become a strong and consistent contender on the World Cup circuit and his overall result shows why he deserves to be at the top.

For the women, Brennan was a force throughout the entire seven stages and finished fourth overall, an incredible feat for the team. Brennan was consistent throughout the Tour - she never ventured past 15th place and had several top-ten finishes, her best being fourth place in the 15k classic mass start in Val di Fiemme, Italy.

"I got a split in the middle of the climb that I was moving up in the overall, so I got a second wind and made it to the top," said Brennan in a post-race interview. "I am finally starting to come around and it's a good sign for the future!"

Now, the team will rest before they head to the next set of races. Sophia Laukli on the podium. (@NordicFocus) 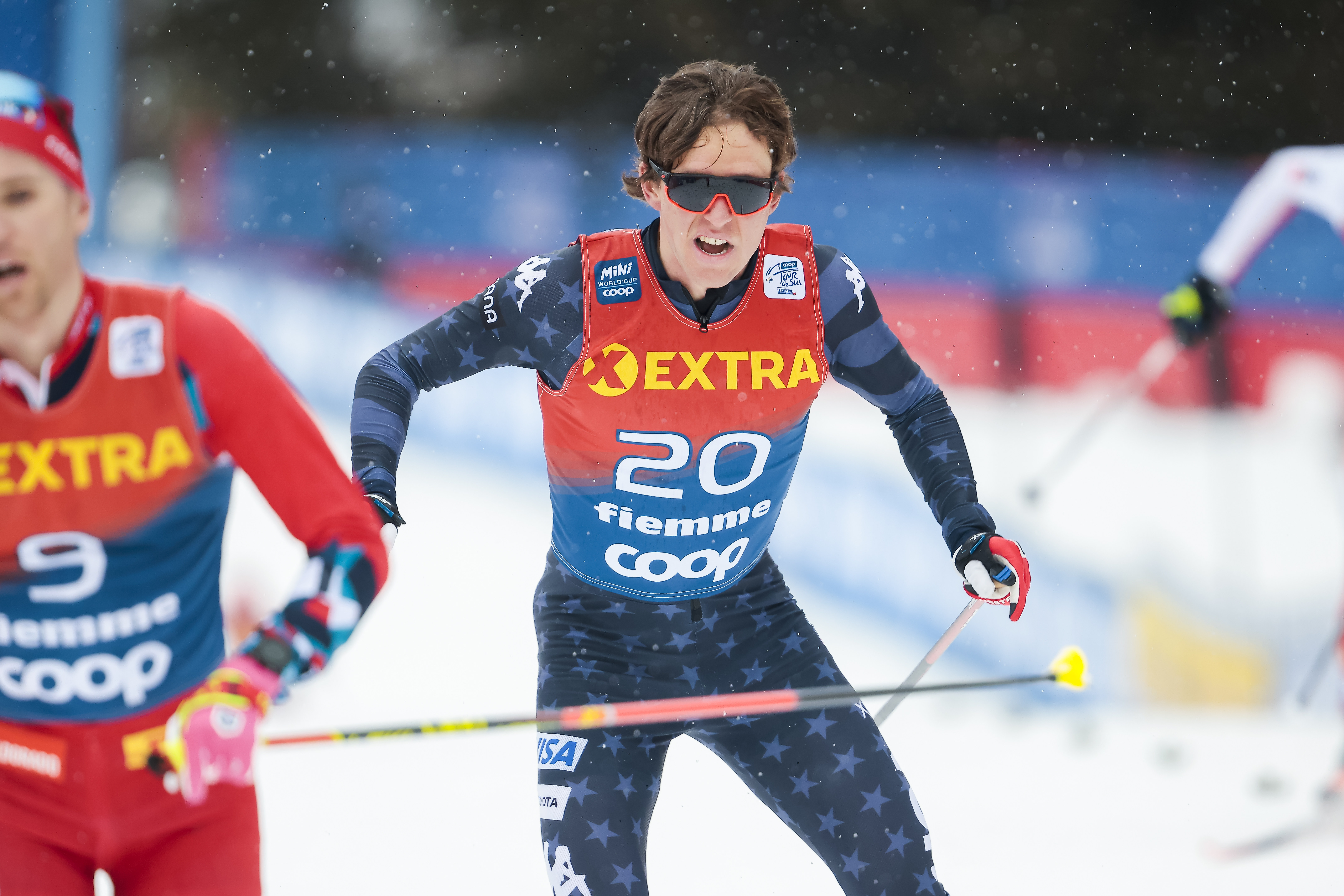 Finn O’Connell
Finn was named to the U.S. Cross Country Team for the 2022-23 season. He is a graduate of the University of Vermont.