Alpine athletes use exercise bands to force their legs closer together through the mogul field as part of a crossover drill (U.S. Ski & Snowboard - Matt Gnoza)

During the competition season the seven teams that comprise U.S. Ski & Snowboard each criss-cross the globe competing for podiums. There is little opportunity for cross-team interaction, even though these athletes all represent the same organization. However, the spring prep period provides opportunity for teams to exchange ideas when training camps overlap. Recently the moguls team and the men’s alpine development camp both trained at U.S. Ski & Snowboard official training site at Squaw Valley, Calif. and were able to capitalize on skiing collaborations.

Moguls skiing is a freestyle discipline, and grew out of a desire to challenge the alpine system of doing things when the sport first took off in the 1960s and 70s. Although moguls and alpine skiers may not see eye to eye when it comes to their preferred way of getting down the course - carving around gates versus turning around bumps; flying in a tuck versus getting inverted - there is a lot that both disciplines can learn from each other.

The practice of cross training, or utilizing different forms of exercise, is known for creating and maintaining a high level of fitness. The same principle can be applied in skiing: the more proficient a skier is in varying conditions, the stronger they are overall. In having moguls athletes train on alpine courses and alpine athletes train on moguls courses, skiers are able to challenge their specific skill set. This builds stronger, more well-rounded skiers, which makes a difference during competition when courses and snow conditions vary.

The moguls team utilized the alpine team’s slalom roller terrain features as well as their gate and brushes skills courses. “The courses work on all the skills needed to become a proficient, all-around skier: balance, rotary movements, edging and pressure,” explained U.S. Ski & Snowboard’s Head Moguls Coach, Matt Gnoza. “I know my athletes can ski the bumps well, but taking them out of their comfort zone and placing them in an alpine skill course was a welcome challenge for them.”

Head Men’s Development Coach Sasha Rearick is known by athletes for his unconventional approach to teaching fundamentals of the sport. In fact, last year while in Squaw Valley, Rearick said his alpine development team athletes did some work with the moguls team, taking a couple of runs through the moguls. This year, it was a more structured collaboration with Gnoza and the moguls athletes.

“The moguls skiers would come over for a few runs and would run through our stubbies/brush courses, and we’d go over and ski the mogul track,” Rearick said. “One day we took the entire group over and Tess Johnson and Casey Andringa gave us a general scope of what they were working on, and gave us some advice on how to ski in the mogul track. I was concerned that we’d mess the track up, but they assured us it would be OK. From there, I had selected a couple of guys each day to go and join the moguls team for a couple of hours.”

To the untrained eye, alpine and moguls skiing looks radically different. Moguls athletes ski a line down a mogul field, with a top and bottom air; alpine athletes compete in six different disciplines - parallel slalom, slalom, giant slalom, super-G, downhill and alpine combined - with courses set where gates are close together and more technical (slalom and giant slalom) to courses where gates are farther apart known as “speed disciplines” (super-G and downhill). In alpine, the fastest one down wins. However, when breaking down basic parts of the technique needed to be proficient in either discipline, similarities appear.

Beyond that, Rearick noted that it’s important for his alpine athletes to be able to express themselves in a variety of ways when they’re skiing - from slalom to downhill, off-piste skiing,and moguls as well. “I want to make sure that everyone has the skills to express themselves in their own way. The common thread between all of these types of skiing is a good athletic stance and balance, so our first goal is to broaden that base. Secondly, the ability to keep the skis on the snow in moguls skiing is really challenging, and it’s a skill set needed in alpine ski racing - especially slalom skiing.”

Alpine athletes did this moguls skiing leading up to the slalom block, working on keeping the skis on the snow and flexion/extension as the key area of focus to maintain that pressure to control the skis and keep them on the snow. “Rounding out the fundamentals for alpine ski racing,” Rearick added, “are the pole plant and, finally, upper body discipline. These skills are accentuated in moguls skiing and make for a much more precise moguls skier.”

“Training with the alpine team provided an opportunity to compare notes with their coaching staff,” said Gnoza. “Both disciplines’ courses provide ample opportunity to work on ankle flexion in different ways, which is important in both alpine and moguls skiing. It was fun to compare notes and drills on having a quiet upper body, which moguls skiers are very good at, and the alpine team was working on.”

Rearick echoed Gnoza’s sentiments, “It was cool to talk with the coaches about what they’re working on and how they’re working on it; their precision in their sport is remarkable. The simplicity of the sport is much more focused - but because of that, they have to be really specific with their feedback. That level of detail - two inches this or that way - was fascinating to be around as a coach and to see that level of detail being applied in high-level athletics was just incredible.”

Alpine athletes - like Isaiah Nelson (Wayzata, Minn.) who transitioned from the moguls back to slalom training - improved their upper body position and precision of pole plants. That was a huge positive for Rearick with the crossover training.

“It was such a pleasure to work alongside the men’s alpine development camp,” said Gnoza. “Having the athletes and coaches working together toward a common vision of becoming best in the world was very exciting to be part of. I think everyone left that camp feeling that while working alone we can get things accomplished, but working together we can accomplish so much more.” 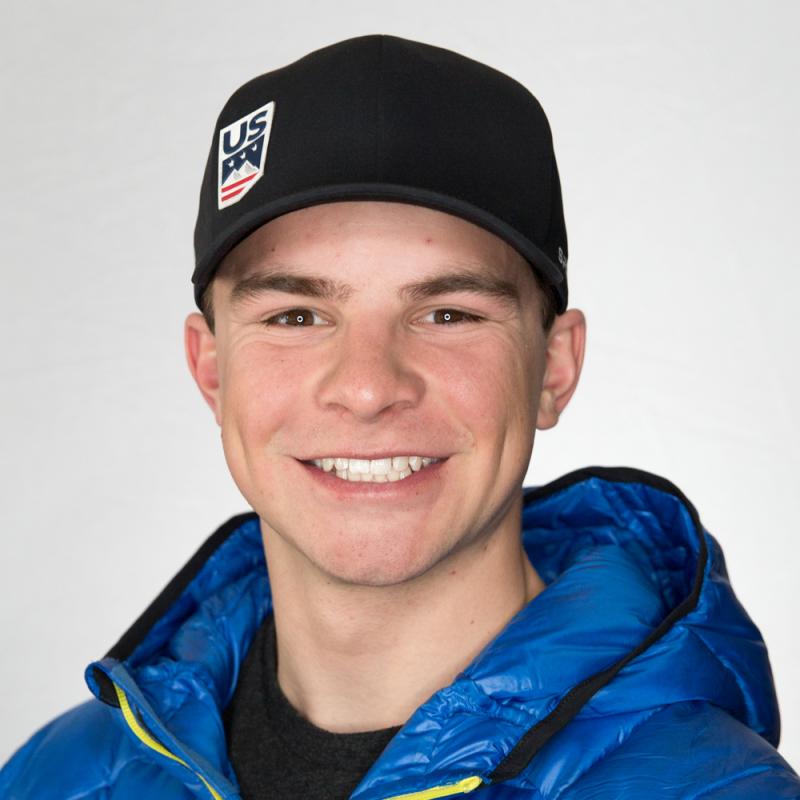