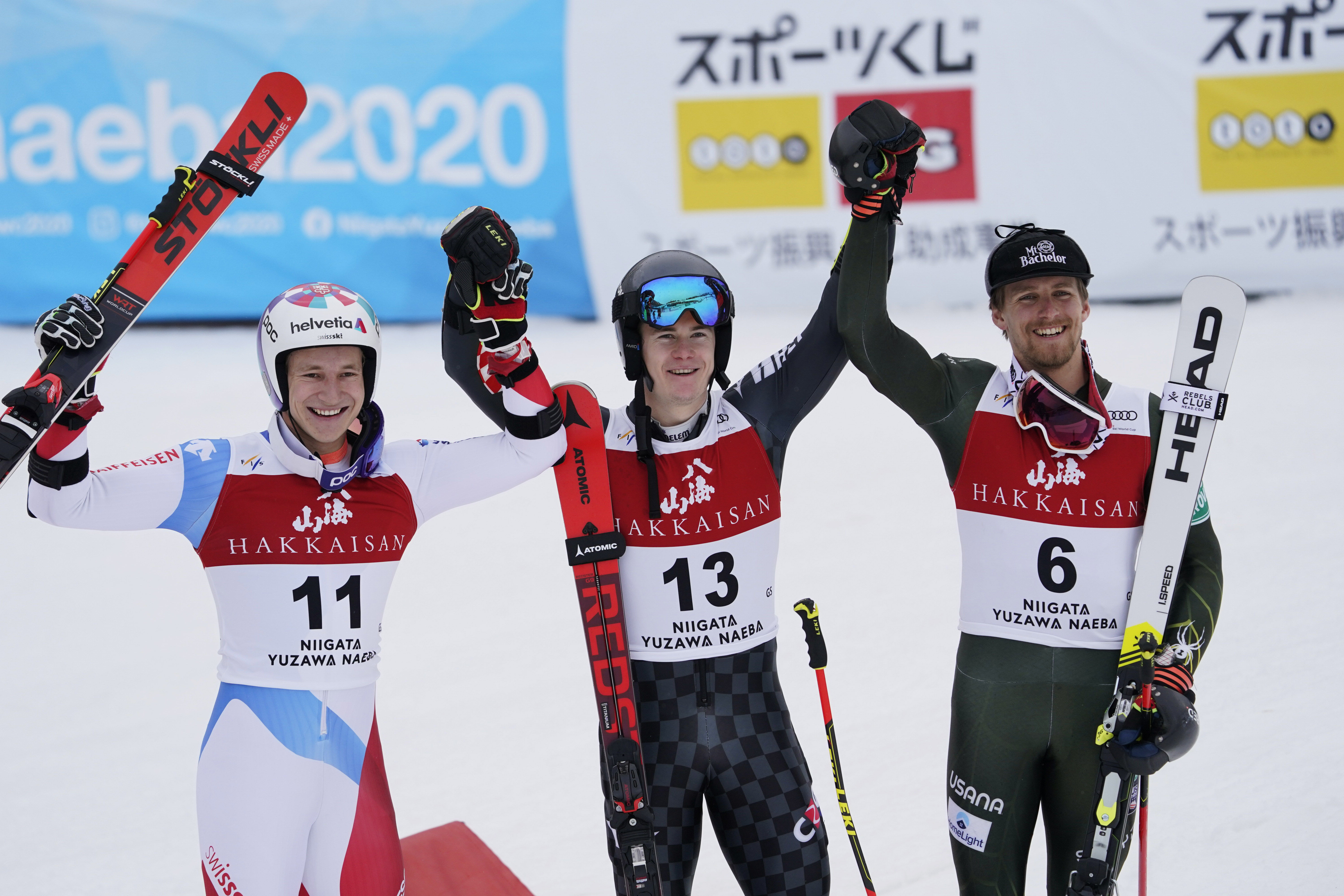 Conditions were challenging throughout the day, with rotten snow greeting the athletes in the morning. But as the day warmed up, moisture came out of the snow, making it heavy and wet—perfect conditions for Tommy, who grew up in the damp Pacific Northwest. “I just tapped into some old experience that I’ve had on this kind of snow—I’ve had a lot of experience on soft, wet snow and ruts,” said Tommy. “I just really trusted that. I felt like I really kept it flowing.”

Tommy, who had started the season with a fourth-place result in Soelden and a big win on home turf in Beaver Creek, had struggled to find his rhythm in the last few weeks. The podium in Japan was a big score for him in confidence as he moves towards the end of the season. “I’m really grateful for that victory I had in Beaver Creek, but afterwards it was a struggle to deal with the extra attention from that and ground myself again,” said Tommy. “It’s been a bit of a struggle to find that consistency again, but I’m thankful for that struggle. It’s been a big learning experience that I haven’t had before.”

But Tommy knows he’s back on the track he was looking for and is someone to fear on the World Cup tour, hidden behind his low-key Pacific Northwest demeanor. “I may look calm on the outside, but I don’t have any problem getting my excitement up for a race,” he said. “It’s worth ignoring all the thoughts and really tuning in. My goal is to stay connected and continue with this consistency that I’ve been working on for years and enjoy these moments and keep working—keeping it simple.”

Rounding out the Land Rover U.S. Alpine Ski Team, Ted Ligety finished in 11th place. Ryan Cochran-Siegle and River Radamus also started but did not qualify for a second run.

Next up, the men race slalom in Japan on Sunday.