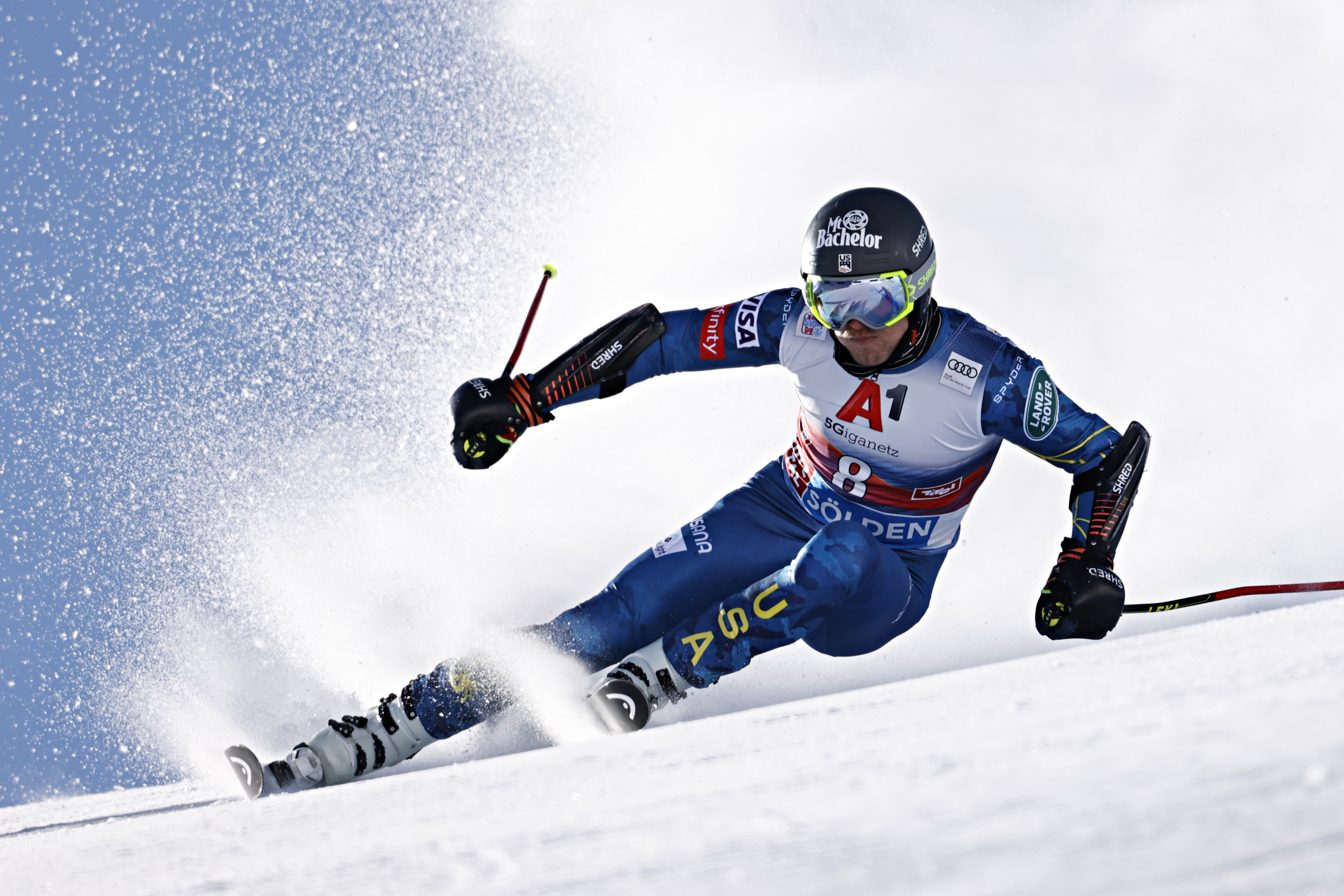 With nearly perfect conditions on the Soelden glacier to kick off the 2020-21 season, Tommy Ford was the top Land Rover U.S. Alpine Ski Team athlete in the men’s opening FIS World Cup on Sunday, finishing 22nd.

While the boisterous Austrian crowd was absent from the annual giant slalom this year due to COVID-19, 20-year-old Lucas Braathen of Norway made fans smile from home as he emotionally took home his first World Cup win. Swiss teammates Marco Odermatt and Gino Caviezel rounded out the podium in second and third.

Tommy, who finished fourth in Soelden last year and had two GS podiums in the 2019-20 season, has been battling both a shoulder and back injury during the offseason and was happy about his performance. “I feel like I skied pretty well,” he said. “I’ve been struggling with my body, so it’s nice just to be on snow and have two decent runs. We have some testing to do, but otherwise, I think I was solid mentally, and with my skiing, and this is a good place to move from. I’m psyched to be racing again.”

It was a disappointing day for Ted Ligety, who has won Soelden a record four times and been in the top-five nine times. He was on his way to another stellar result after taking 10th first run, but lost his ski early in his second run and did not finish.

Sporting a mullet, River Radamus ran bullet second run and skied a smart, safe run to finish 27th and start his season strong with his second giant slalom World Cup points. “I skied smooth. I skied powerful. But I skied too round and left speed on the table,” said River. “I feel happy with where my skiing is at and now I just need to make sure I’m taking it for all it’s worth and pushing the pace, pushing the line and taking more chances out there.”

River said he worked hard throughout the offseason both physically and mentally – “I worked my a** off this summer!” – and while he’s pleased with the points score, he’s hunting for more. Look out for him to make some big moves this season.

Both Ryan Cochran-Siegle and George Steffey did not finish first run. Bridger Gile did not qualify for a second run.

Now that the first World Cup weekend has wrapped, the U.S. men and women have some training time before heading to Lech, Austria, for parallel events in November.