In an emotional race on Tuesday, Feb. 8, Ryan Cochran-Siegle became the fourth U.S. man to win an Olympic medal in super G in Team USA's history, taking home the silver.

Cochran-Siegle finished just four-hundredths behind gold medalist Mattias Mayer in a nail-biting run that looked nearly flawless to the naked eye. Wearing bib 14, Cochran-Siegle just hoped the time would hold. He sat 0.38 seconds before third-place finisher, Aleksander Aamodt Kilde, who would go on to be the day's bronze medalist.

It wasn't until the 30th racer headed down the course that the moment really began to sink in. Just 364 days before, Cochran-Siegle walked out of his hospital bed for the first time after neck surgery, an injury sustained in a crash during the Kitzbuehel downhill. Forty-nine years and 354 days earlier, his mother, Barbara Ann Cochran, won slalom gold in the 1972 Olympics in Sapporo, Japan. Now here he was in Beijing, on the brink of holding a medal of his own.

"It's surreal; it'd be hard to write a better story," chuckled Cochran-Siegle in a post-race interview. "It's full circle."

Happy, relieved, and a little bit proud, Cochran-Siegle said that he was just trying to appreciate the moment, a childhood dream come to fruition on a beautiful bluebird day at the Yanqing Alpine National Ski Center. After an emotional interview with NBC, where Cochran-Siegle fought back tears as he attempted to wrap his head around the possibility of his first Olympic medal, he hopped on the phone to FaceTime with his mom and his older sister Cate. They stayed up to watch the race back at home in Vermont.

"I knew that he was capable of doing it," Barbara Ann shared through tears. "...You just never know on a particular day whether or not that’s going to happen, so I’m so so proud."

"Part of me recognized I was skiing well, and I had to trust that and fight all the way for the finish," said Cochran-Siegle. "You dream of these moments, you see it in your mind and at times you have to put it away and just focus on the skiing which is what I was doing today. But to come down and see that I was in second, and that we were a ways ahead...I mean it was wild."

Cochran-Siegle's medal is the first alpine medal of the Winter Olympic Games in Beijing 2022.

His teammates, Travis Ganong, River Radamus, and Bryce Bennett, finished 12th, 15th, and 17th, rounding out the day with four Americans in the super G top 20, matching Team Germany for the most men from any one nation to break into the top 20. Radamus, who skied in his Olympic debut on Tuesday, fought hard for a top 15 slot from the back fo the pack wearing bib 33.

Up next on the men's alpine docket is the men's giant slalom on Saturday, Feb. 12. The women take on the slalom on Wednesday, Feb. 9, airing on Tuesday evening Eastern time.

Check out NBC Olympic's exclusive interview with Cochran-Siegle, and a replay of his silver medal run on YouTube. Cochran-Siegle poses in front of the Olympic rings with his teammates. 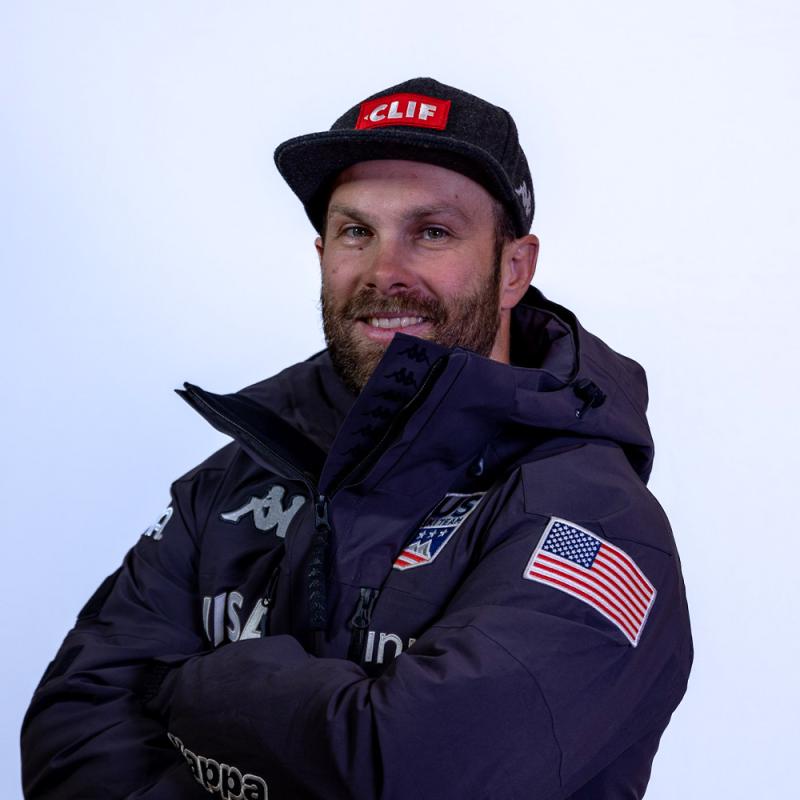