Voisin Third On Day One of Dew Tour

“I am super, super excited,” said Voisin. “My strategy was to put down a strong run on both the jumps and rails section and fortunately I was able to do that. Thinking back five years ago today on my 15th birthday I got my first Dew Tour podium. I’m happy to be back up there five years later.”

In order to podium Voisin had to fend off an all-star field including Swiss PyeongChang slopestyle gold and silver medalists Sarah Hoefflin and Mathilde Gremaud. However, it was Estonian Kelly Sildaru finishing in first-place and French skier Tess Ledeux in second-place this time around.

In the jumps competition, the ladies came out and set the bar high. Sildaru landed back to back switch 1080s in different directions, as well as Ledeux landing a left double cork 1080. Voisin held back on unleashing the left double cork 1260 which she landed at the Stubai, Austria, World Cup in slopestyle, but still laced together a solid jumps section.

The rails section results mirrored the jump section with Slidaru leading the way followed by Ledeux, and Voisin in second and third respectively. The level of skiing continued to impress in run one Voisin stayed smooth throughout the entirety of a very large and challenging rails section. Highlights included Sildaru’s front swap pretzel 450 and Ledeux’s switch on 450 out.

“Where women’s freeskiing is going right now is so unbelievably exciting,” said Voisin. “It’s so fun to be a part of and is an honor to be right alongside these ladies pushing the sport.”

Voisin and Sildaru also shared their thoughts on the significance of this season with the 2019 FIS Snowboard, Freestyle and Freeski World Championships right around the corner Feb. 1- 10 in Park City, Utah.

“I am very excited to have the World Championships back in the states and even more importantly in Park City,” said Voisin. “I have been living in Park City for the best six winters, so it’s definitely a home away from home. It’s going to be a really big event and fun to watch”

U.S. Ski & Snowboard athletes also had a hand in the Team Challenge competition which consists of a modified superpipe, jumps and rails competition with one athlete representing the team in each discipline. Sochi Olympic silver medalist Gus Kenworthy (Telluride, Colo.) delivered in the final competition of the challenge to get Team Atomic the win. Team Faction came in second and Team Head in third with the help of 2018 U.S Toyota Grand Prix winner Aaron Blunck (Crested Butte, Colo.).

“It feels amazing to win the team challenge for Atomic,” said Kenworthy. “It was a long day that started with modified pipe, but Miguel absolutely killed it for us an took the lead. Then Fabian secured our lead even further by putting down a score in the 90s in the jump section and it kind of took the pressure off me a little bit. I definitely didn’t want to be the weakest link, but I knew we had a strong lead and I needed to just put down a good run. It was a really fun day and we had a great squad.”

“It feels crazy to contribute to a podium for Faction today,” said Forehand. “I never put down my run that well in practice and I’m so happy to finally land my full run. I have never done a run that well in my life. It was amazing skiing with Team Faction and representing the U.S. Freeski Team.”

Teammate Hall dubbed Forehand a “podium junky” as he’s found himself standing atop podiums in both slopestyle contests he’s competed in this season. It was a great day one at the Dew Tour. Stay tuned as U.S. Ski & Snowboard athletes tee off in women’s freeski modified superpipe, women’s snowboard slopestyle, the snowboard team challenge, and the snowboard streestyle competition.

A total of six hours of Winter Dew Tour coverage will air on NBC and NBCSN, with DewTour.com live streaming all finals through Sunday, Dec. 16. All finals will stream live on Facebook, Periscope, Twitch, Daily Motion, Youtube, TWSnow.com, Newschoolers.com, Powder.com, adventuresportsnetwork.com, and Snowboarder.com.  The new Dew Tour app will also exclusively offer live scoring in addition to the livestream. 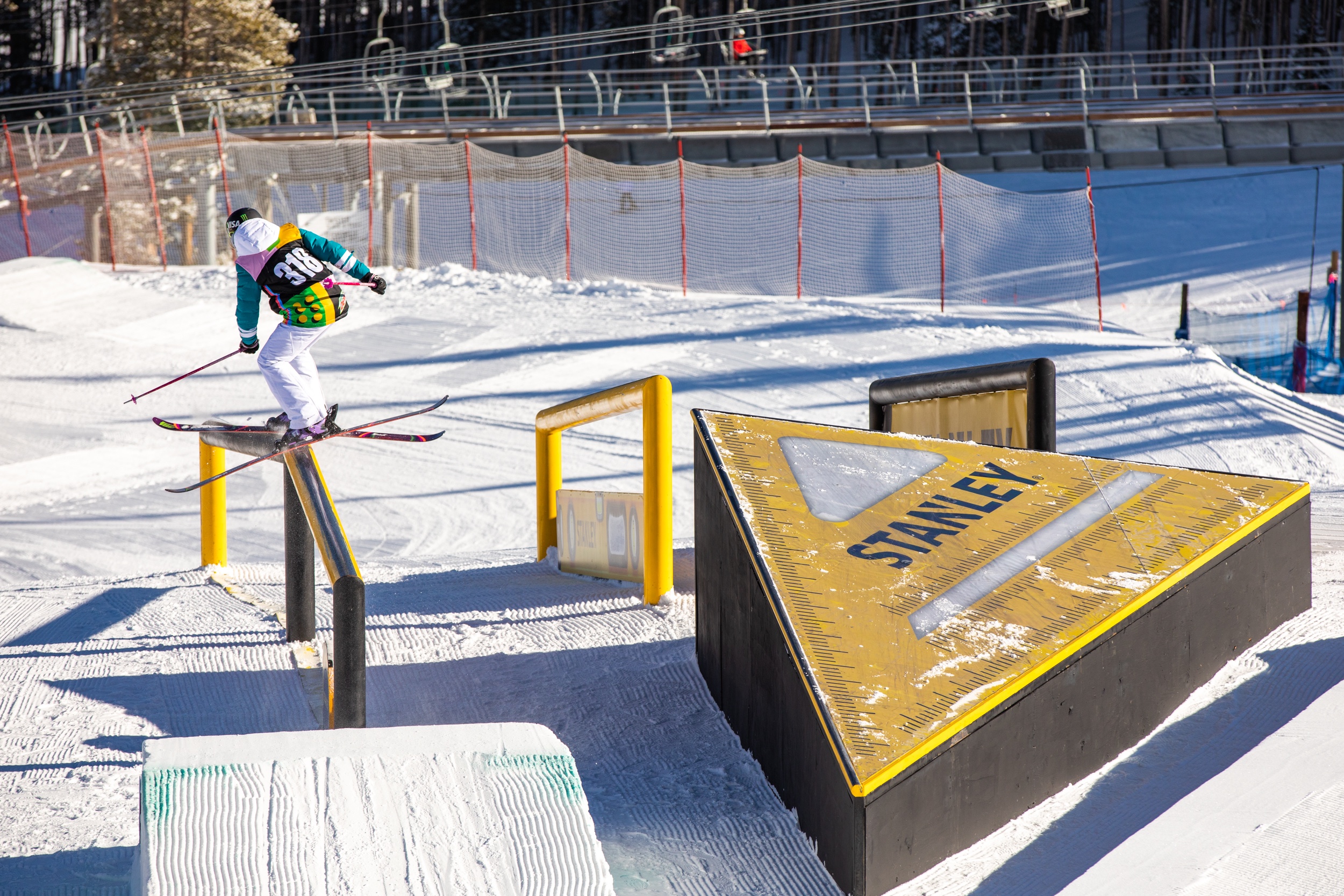