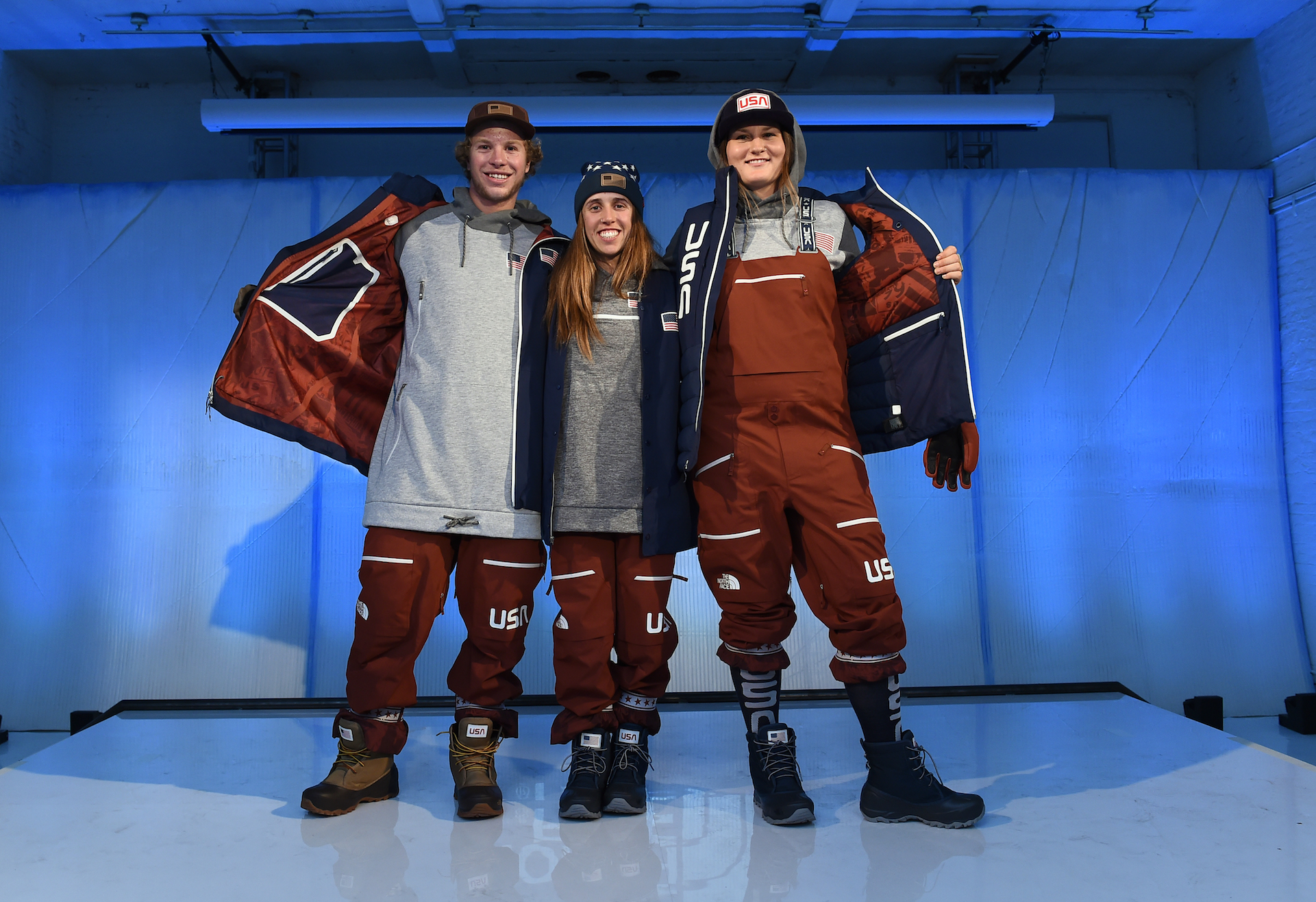 ALAMEDA, Calif. (Oct. 30, 2017) – The North Face, official U.S. Ski and Snowboard partner, and the founding partner and official uniform supplier of the U.S. Freeski Team, today unveiled the official competition uniforms to be worn by the U.S. Freeski Team at the Olympic Winter Games PyeongChang 2018.

It will mark the second straight time The North Face has designed and manufactured the U.S. freeskiing competition uniforms for the Olympic Winter Games. The 2018 U.S.Freeski collection again provides athletes with the pinnacle of performance to help them compete at the highest level – and reflects the unique, personal style that is endemic to the culture of freeskiing. With more than 63 pieces, each athlete can customize their “look” based on their personal style and preferences.

“We have worked alongside the freeskiing community since the beginning, and we embrace both the sport-specific needs and artful expression of athletes,” said Tom Herbst, VP of Marketing for The North Face. “Our mantra is Never Stop Exploring, which is the essence of the freeskiing movement. We are proud to continue our commitment to the sport – and its athletes – by outfitting the U.S. Freeski Team.”

“The North Face has been a strong partner of our organization and the sport of freeskiing for many years,” said U.S. Ski & Snowboard President and CEO Tiger Shaw. “It developed world-class uniforms that helped our team make an extremely successful debut at the Olympics in Sochi. The 2018 uniforms possess a level of innovation and individuality that will allow our athletes to perform their best come February.”

In freeskiing, your personal style – from tricks during a run, to the apparel you are wearing – is such a huge part of the sport,” said Maddie Bowman. “No one knows this better than The North Face. They have been a part of the sport since the beginning, and a part of my own Olympic journey to gold in Sochi. The new collection celebrates both the team aspect of the sport and the individuality of the rider, and I am proud to wear it as I work to defend my gold.”

Inspired by the athletes and the cultural heritage of freeskiing, the collection includes outwear, base layers, accessories and footwear, that is both technically advanced and style-aware. The colors, style and design celebrate the sport’s humble beginnings, expression of individuality and spirit of exploration. This notion comes to life in the brand’s “Legacy Starts Here” creative campaign, which is live on TheNorthFace.com.

Key technical elements include The North Face’s Ventrix and FuseFormTM technologies; Ventrix helps regulate body temperatures through dynamic venting technology and Fuseform reduces weight via an innovative weaving process. The seminal piece of the collection is the Outerwear Hoodie – an iconic piece of apparel that epitomizes the spirit and style of the freeskiing community both on and off the mountain. The most innovative hoodie on the slopes, the 2018 version is waterproof and transforms the streetwear pieces many athletes wear on the mountain into a technical performance piece.

In addition to these technical upgrades, the uniform collection also has a unique and personal design aspect – a collage that is transferred onto the print in the interior of the jackets. It incorporates personal photos and artwork of the places and people important to each athlete, shared by the team’s families and friends. These images pay homage to the sport’s small-town roots and remind the athletes that home is never too far away.

The competition uniforms were designed stateside with the athlete outerwear assembled in the United States of imported components; The North Face has a local development center near its headquarters in Alameda, Calif., to keep technical prototyping and assembly close and to celebrate the United States in the athlete uniform manufacturing process.

“There is nothing like the pride an athlete feels when they represent their country on the world’s biggest sporting stage,” said Ruth Beatty, Design Director, Snowsports at The North Face. “We feel a similar pride in assembling the uniforms in our backyard. The uniforms are also inspired by the humble beginnings of these American athletes and the patriotic red, white and blue of the American Flag – this year in more natural, organic tones that embody embodies Freeskiing culture and gives each athlete the opportunity to wear their style of America.”