No Holding Back at the 2022 Masters Eastern Regional Championships 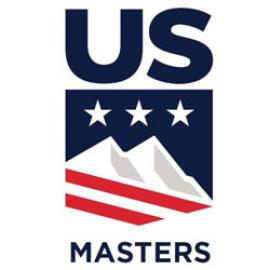 Thanks to Carol Tomassetti for this great recap from the 2022 Phillips 66 Eastern Regional Championships!

We had a fantastic time at West Mountain for the Eastern Regional Championships. We started with a great day of training on Thursday, running from the top of the Cure to the bottom on a GS course.  What a treat.  We managed to get our training in before the rain started which was a huge bonus. Thursday night it rained hard enough that I questioned whether it was monsoon season. The surface set up firm enough that we were able pull off the SG with a nice solid surface.  (some may dispute nice when we describe the solid surface, but it was a good race surface).

The GS and SL races for Saturday and Sunday were sunny and bright and the surfaces were once again nice and race solid.

We had some great hot competition among racers coming from five different regional Masters groups across the East and Rockies including SARA (Southern), New England, NY, Mid-Atlantic and Rocky Mountain. We had racers from many different states. Tennessee, Utah, Ohio, NY, NJ, CT, MA, NH, VT, Delaware, Virginia, and Pennsylvania.  A great showing from a broad set of locations.

Thanks to Mark Phillips for taking photos at the event which can be found here: SG   GS  SL