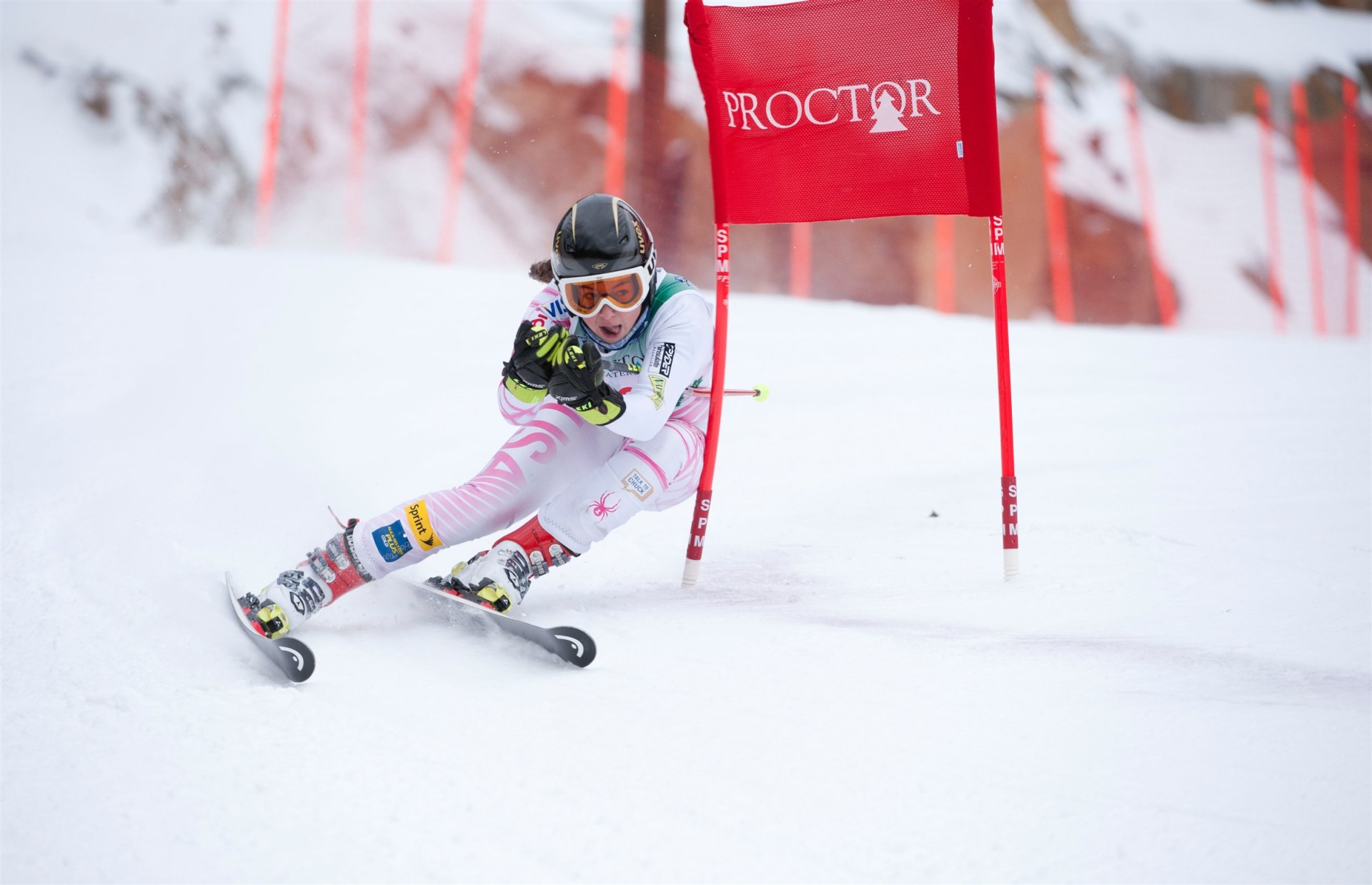 The High Performance Center program, which was initiated in 2017, is the main way for the organization to connect with the growing training facilities across the country, as well as identify aspiring athletes that have the potential for the national team. This program encourages certified gold and silver clubs, who have excellence in athletic development, sports science, and sports medicine, to become a designated High Performance Center (otherwise known as HPC) with U.S. Ski & Snowboard, in hopes to improve the national system and developmental pathway for athletes.

“The whole process is to help elevate everyone,” says High Performance Coordinator for U.S. Ski and Snowboard Calin Butterfield. “We try to approach areas where we feel we can add value to bring everyone up to the same level, as well as learn from these centers to internally improve.” Butterfield, along with his team, has the goal of implementing consistent communication and collaboration with these clubs to elevate the nation as a whole in preparing athletes for snow sports competition.

The process for becoming an HPC for U.S. Ski & Snowboard starts with registering as a U.S. Ski & Snowboard club. Any U.S. Ski & Snowboard club has the opportunity to become certified as a bronze, silver, or gold status training facility by proving organizational, administrative, sports programming, and financial stability. Once a club is considered silver or gold status, they have the option to apply for HPC status and be reviewed for the program. According to Butterfield, the club must have “a fully functioning performance team,” which includes sports medicine staff, performance training or athletic development coaches on site, medical directors or strong relationships with a medical clinic, a facility to train, and some access to nutrition for athletes.

Once a club becomes a High Performance Center, U.S. Ski & Snowboard provides consistent structured programming throughout the year. “We do multiple education workshops, where we go to them, try to bring them together as regions, or bring them all here to the Center of Excellence. Both HPC staff and our own staff benefit by learning in a collective, unified way,” says Butterfield. In addition to workshops, the staff of each HPC is encouraged to visit the Center of Excellence (COE) in Park City, Utah to spend time with national team coaches/sports development staff and create a proper communication network. “I also make visits to each HPC at least twice a year to observe, talk shop, and form that deeper connection,” says Butterfield.

Although it is only in its second year, the HPC program is rapidly growing to include some of the best training facilities and clubs in the country. In the first year, eight Gold-level clubs opted in to become an HPC: Burke Mountain Academy, Killington Mountain School, Green Mountain Valley School (GMVS), Stratton Mountain, Carrabassett Valley Academy, Squaw Valley Mountain, Sugarbowl Mountain, and Sun Valley Ski Academy. Almost 13 national alpine team athletes came from these clubs prior to their HPC designation, proving how worthy and valuable they are to U.S. Ski & Snowboard.

Starting in the summer of 2018, two new developmental clubs, Proctor Academy ski area in New Hampshire and Mammoth Mountain in California, received the HPC title. These two clubs were reviewed and quickly accepted after it was decided that a partnership would be mutually beneficial. With many athletes training at both these facilities, as well as having long-standing relationships with U.S. Ski & Snowboard, there is much excitement for these partnerships.

"The impact from Proctor's HPC status has been immediate for our athletes and for our coaching staff. Collaboration with peer HPC clubs and talented U.S. Ski and Snowboard staff has provided real-time access to information, training, and collaboration to keep our program at the forefront of new developments in the sport of alpine skiing. From the weight room to on hill training environment, the partnership validates our commitment to keep our program advancing, and never allowing us to get complacent."

“Our longstanding commitment to athletic excellence has been a Mammoth Mountain value since its inception. Becoming an official High Performance Center with US Ski and Snowboard was an integral step in our ongoing tradition of supporting the Olympic movement. We look forward to our continued partnership with U.S. Ski & Snowboard. Their Sport Science program, staff, and resources are truly world class. The Mammoth Mountain Ski & Snowboard Team is excited to see the development of our athletes and staff. Additionally, we are honored to play a part in the large-scale strategy of U.S. Ski & Snowboard’s quest to further build upon the strength of the country’s winter sports programs.”

The potential impact of these HPCs is crucial for further success in winter sports. Not only will HPCs provide athletes to U.S. Ski & Snowboard Teams, but they will assist in creating a more cohesive, consolidated system for teaching and training.

“We are going to need to lean on the HPC clubs to further drive education at local and regional clubs,” says Butterfield. With the natural sharing of personnel, methods, techniques, and even athletes, the HPC program has a goal of unifying the snowsport community. “We are trying to systemize so that a) everyone is speaking the same language and b) we as a national governing body (NGB) are doing what we need to be doing to support the growth of the system outside of just the central location here at the Center of Excellence,” says Butterfield.

Troy Taylor, High Performance Director for U.S. Ski & Snowboard, agrees with this goal. “This is a 2 to 3-way education process. Yes, it’s about our systems and processes being implemented into these clubs, but it’s also about us learning techniques from them and about clubs collaborating between themselves and sharing the best practices,” he remarks. “From our perspective, we really value these partnerships and the motivation towards driving these programs towards success.”

With consistent collaboration, a clear vision for improvement, and the dedication to creating a more unified system, the HPC program has the potential to have a lot of impact on the success of the United States in snowsport competition. U.S. Ski & Snowboard is nothing short of proud to able to partner with these powerful centers and continue the work to become the best in the world.