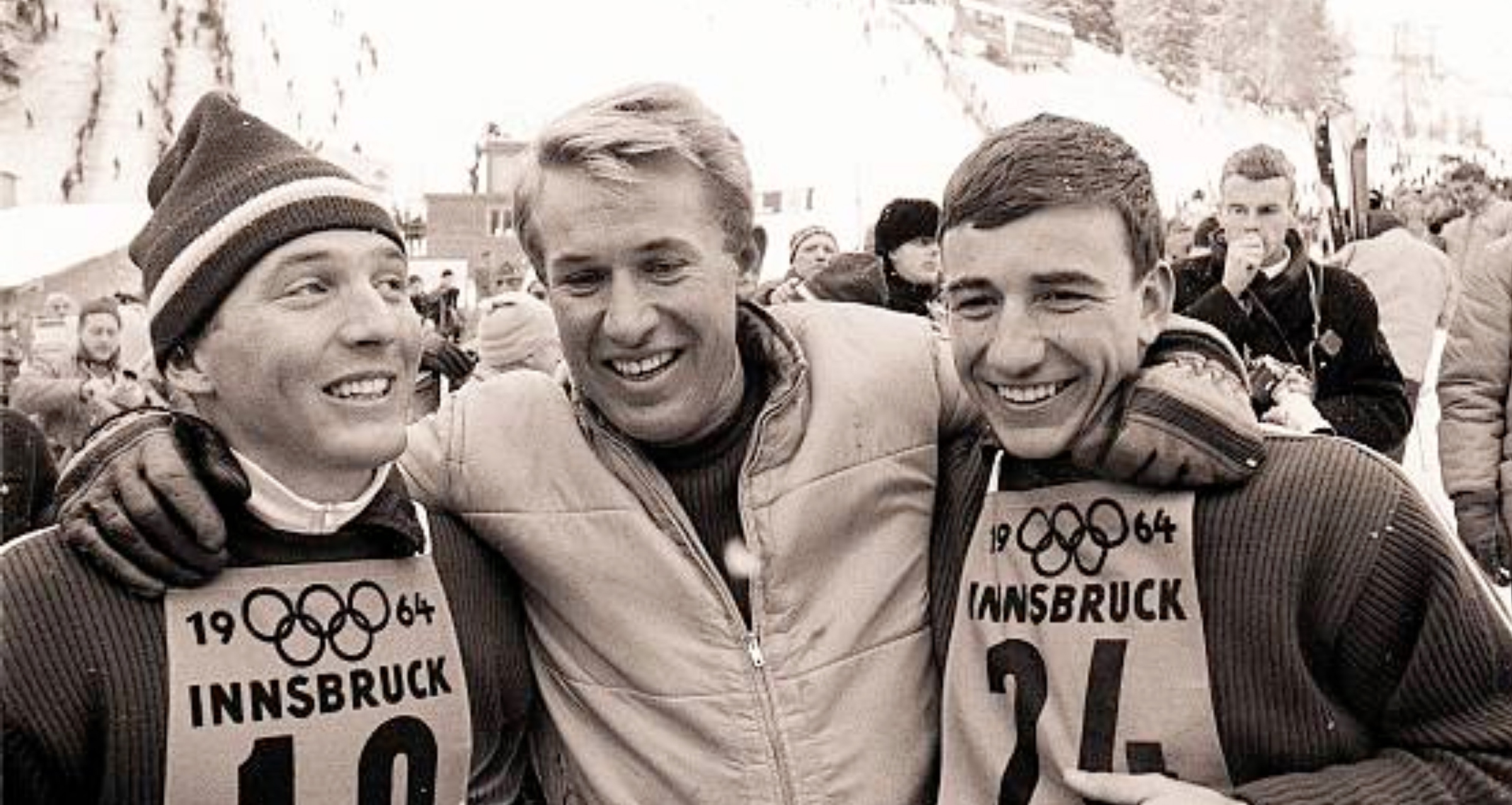 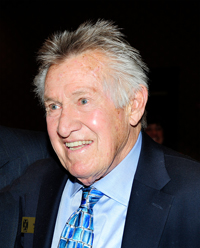 An icon of the sport of alpine ski racing and one of its most passionate pioneers, Bob Beattie passed away Sunday (April 1, 2018) with his family in Fruita, Colorado. Beattie, 85, was the founding coach of the U.S. Ski Team and one of the originators of the Alpine Ski World Cup. He was a driving force for ski racing his entire life and among sport leaders who built alpine ski racing into one of the pillar events at the Olympic Winter Games. Beattie, known often as 'Beats' or simply “Coach,” became well known as a commentator for ABC Sports and ESPN, working for ABC at four Olympic Winter Games.

Beattie, who moved to Aspen, Colo. in 1970 and lived for many years in nearby Woody Creek, was born in Manchester, N.H. January 24, 1933, later attending Middlebury College in Vermont where he was a multisport athlete. He was named acting ski coach for Middlebury after graduation in 1955, standing in for coach Bobo Sheehan who went on to coach the U.S. Ski Team for the 1956 Olympics. Beattie took his Middlebury team to the NCAA Championships at Winter Park, Colo. finishing third and attracting the attention of other college programs.

In 1957 he became the head ski coach at the University of Colorado, leading the Buffs to NCAA titles in 1959 and 1960. In 1961 the National Ski Association named Beattie as its first national team coach. He embraced that role, providing the formative direction to organize the first true national team with heavy promotion leading up to the 1964 Olympics at Innsbruck. The USA won an unprecedented four alpine medals including silver and bronze by the late Jean Saubert, as well as the first men's alpine medals in Olympic history for the USA with Billy Kidd taking silver in slalom and the late Jimmie Heuga bronze.

Beattie often credited NFL football coach Vince Lombardi as one of his most notable role models. "It was his strong will that made him successful - 'This is the way it is and the way it is going to be,'" said Beattie last summer while reminiscing about his own career. "He was sensational. He’s what made it work. I still feel strongly about that. I don’t know if I accomplished that, but I tried."

Among the heroes of the sport in that era was Steamboat Springs, Colo. native Buddy Werner, who became the first American to win the fabled Hahnenkamm downhill in Kitzbuehel, Austria in 1959. Recognizing not just his athletic prowess but also his leadership skills, Beattie recruited Werner to ski for him at Colorado and the two became close friends. Beattie accompanied Werner's body back to America after his tragic death in an avalanche in Switzerland just after the 1964 Olympics.

In his tenure leading up to the 1964 Olympics, Beattie often stirred controversy. But he also pioneered a new era of promotion and fundraising for the fledgling U.S. Ski Team. He partnered with the U.S. ski industry to raise funds and engaged with corporate America to support its national team at previously unheard of levels.

One of the sport's greatest promoters, Beattie partnered with journalist Serge Lang and French coach Honorė Bonnet in 1966 to align the leading ski races around the globe in the first Alpine Ski World Cup. The tour quickly earned the nickname of the White Circus as stars of the sport hopscotched the globe every weekend, quickly growing to become one of the most notable international sports tours. A half-century later, the tour continues to bring alpine ski racing to hundreds of millions of fans globally every year. Today, the World Cup tour concept is common among winter sports - all emanating from the Lang-Beattie-Bonnet concept.

At the same time, Beattie also took over promotion of the relatively new NASTAR recreational racing program that had been started by SKI Magazine editor John Fry in 1969. NASTAR continues today, now under the leadership of the U.S. Ski Team, bringing the sport to thousands of new participants at resorts coast-to-coast.

Beattie made his debut as a television commentator in 1969 working for Roone Arledge at ABC. He was later paired with NFL football star Frank Gifford. Their call of Austrian Franz Klammer's gold medal downhill run became legendary. He went on to work Winter Olympics in 1976, 1980, 1984 and 1988, as well as the 1984 Summer Olympics in Los Angeles. He was a frequent host on ABC's Wide World of Sports as well as on ESPN where he produced Bob Beattie's Ski World.

He is one of the most decorated officials in skiing. The then U.S. Ski Association awarded Beattie its highest honor, the Julius Blegen Award, in 1964 for his leadership in forming the U.S. Ski Team. He was awarded the AT&T Skiing Award in 1983 for his lifetime contributions to the sport. He was inducted into the U.S. Ski and Snowboard Hall of Fame in 1984 and the Colorado Ski and Snowboard Hall of Fame in 1986. The U.S. Ski Team and International Ski Federation presented Beattie the FIS Journalist Award in 1997. He was honored with the U.S. Ski Association's Russell Wilder Award in 2000 for his contribution to youth through NASTAR.

In 2012, athletes from seven decades paid tribute to Beattie at an event organized by the World Pro Ski Tour Foundation at the Hotel Jerome in his adopted hometown of Aspen. During the Alpine Ski World Cup Finals at Aspen last March, he was the focal point of a 50 Years of Ski Racing tribute.

After retiring from his broadcast career, Beattie remained passionately engaged in the sport. He was ski racing's biggest, and its most outspoken critic. He continued to be an advocate for change. In recent years his passion led the U.S. Ski Team to create the Bob Beattie Athlete Travel fund, which is now funneling millions of dollars into an endowment to help national team athletes.

When Beattie reflected on what success meant, he always came back to focusing on the concept of team. "Winning was about discipline and physical conditioning," said Beattie. "It was about team, team, team - you have to have a team."

Looking back on the 1964 Olympics, Beattie said: "The pressure was severe. We had promised everything - rightfully or wrongfully - we had promised everyone the world. We loved each other. We were a team. They weren’t individuals. We were together as a team."

In 1986 Beattie drove negotiations with the Aspen Skiing Co. to provide affordable skiing for kids in the Roaring Fork Valley. The result was the ASK program (Aspen Supports Kids), now called Base Camp. The program thrived and today serves 1,800 kids with affordable entry into the sport.

Among Beattie's credits are several books including My Ten Secrets of Skiing (Viking Press, 1968) and Bob Beattie's Learn to Ski (Bantam Books, 1967). He also had a cameo role as a German skier in the television series Combat with Vic Morrow in 1964 as well as in the 1987 Sylvester Stallone film Over the Top.

Details on a celebration of Bob Beattie's life are pending, but will likely be this fall in Aspen. 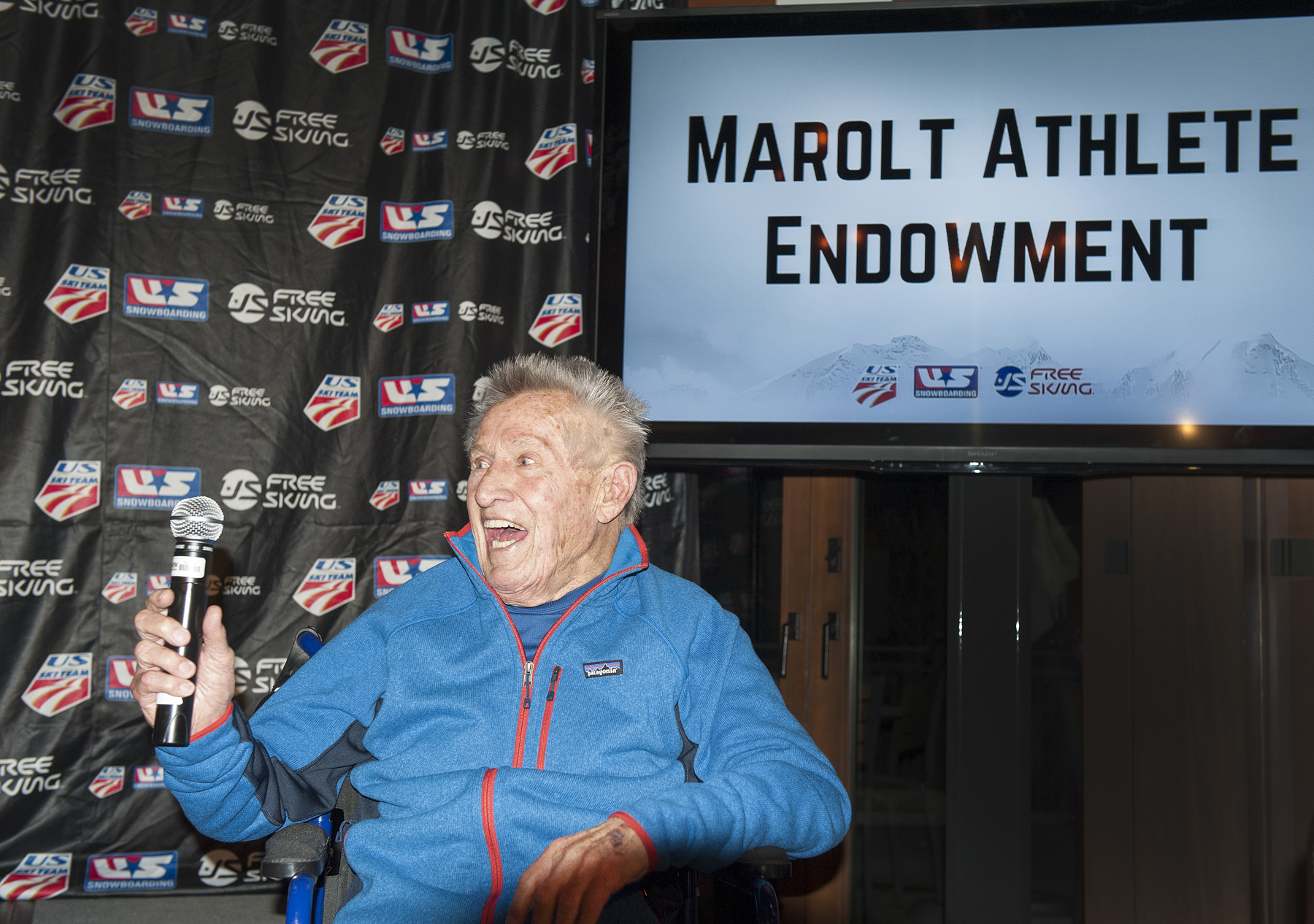