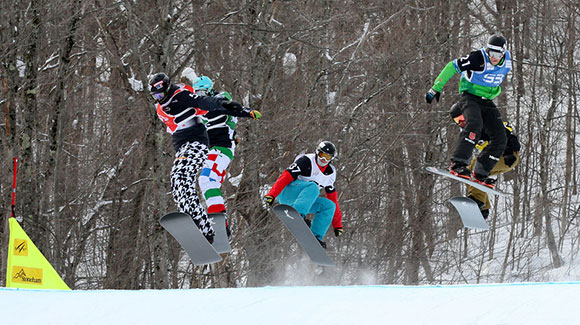 QUOTES
Peter Foley, Head Snowboardcross Coach
Everyone rode really well today and Nick got a bit caught up in some bad luck with a tangle. It would have been great for him to be able to push through, but it wasn't his day today. I can say the same for Faye as well. Hagen is new to the World Cups and learning about riding in the pack, but he is really doing a great job and has a really good true skill set.