Andringa Out For Remainder of Season With Ankle Injury 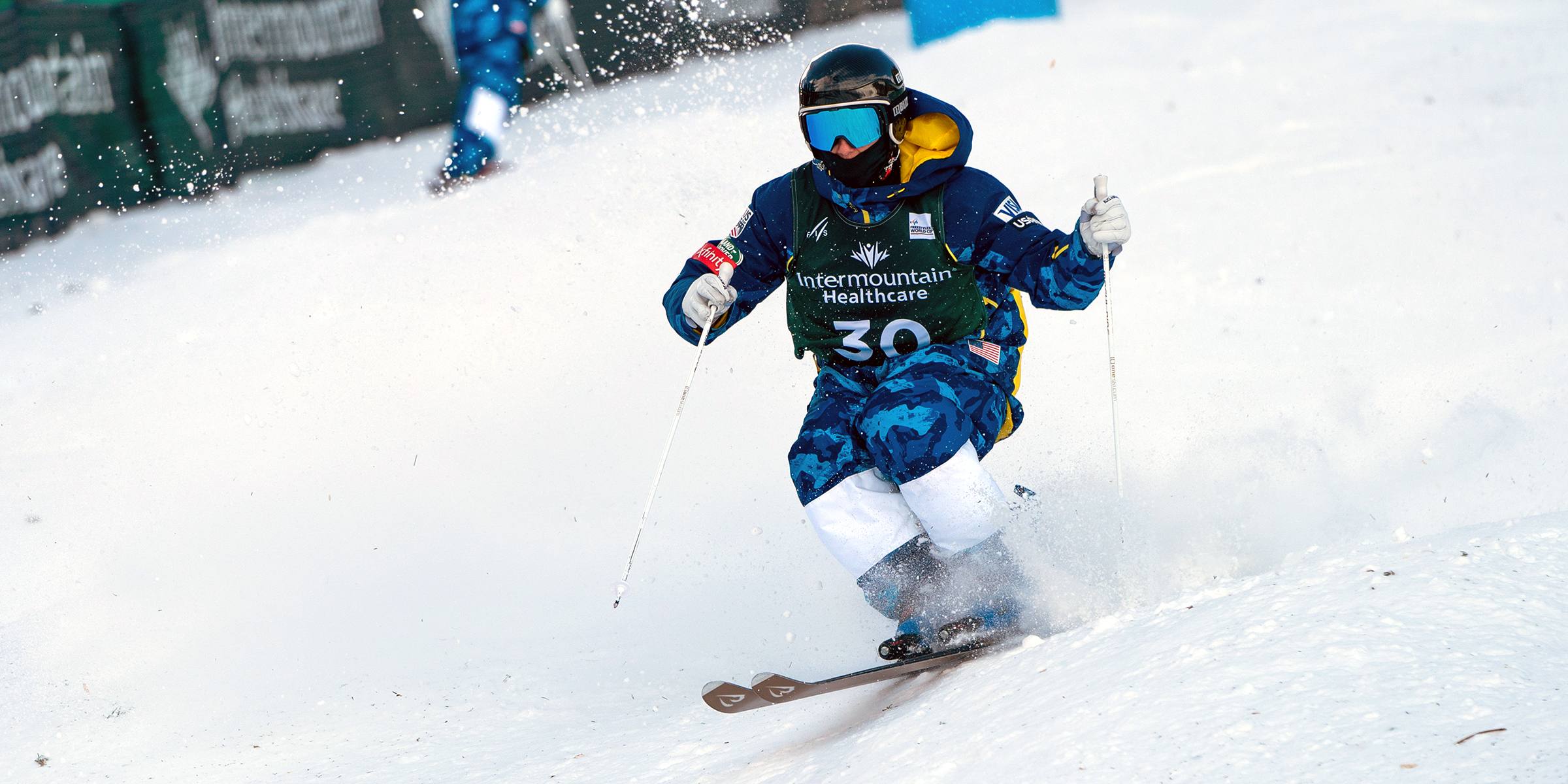 Jesse Andringa sustained a season-ending ankle injury during the preliminary round of Dual Moguls at the 2021 Intermountain Healthcare Freestyle International. Andringa will sit the remainder of the season out and is hopeful to return to training this spring. (Steven Earl - U.S. Ski & Snowboard).

Andringa suffered a gnarly crash during the preliminary rounds of what was a battle-ground Dual Mogul World Cup at the 2021 Intermountain Healthcare Freestyle International at Deer Valley Resort, skiing into a bottom air jump on one foot. Unfortunately, Andringa will sit out the remainder of the 2021 season and will be unable to compete in what would have been his first World Championships appearance this March in Kazakhstan.

Andringa is no stranger to the rehab process and has a positive outlook for his three-month recovery timeline. “I’ve done this a couple of times before,” Andringa reflected. “This is my fourth season-ending injury, my third surgery. Luckily none have been too terrible. I’m pretty callused up on what it does to me mentally.”

School will keep Andringa relatively busy over the next few months, as will learning the piano. “I’m trying to continue to play the piano, but it’s been uncomfortable trying to position my leg. So I play for 10 minutes at a time and do that about five times a day. It’s not the best way to learn the piano but better than nothing.”

Andringa is beginning his rehab process at home in Colorado with his family. He is optimistic to return to training by mid-May or early June. He is thankful to his teammates; coaches Matt Gnoza, Riley Campbell, Josh Bullock, and Chuck Williams; Dr. David Goltz; Hans Gardner; Dr. Alex Cohen; friends and family; as well as his fans, for their support during this time off-snow. Follow along Jesse’s journey back to training via his Instagram.