Aerials Set to Fly in Moscow Aerials continues World Cup competition this week with a city event in Moscow, Russia on Saturday, Feb. 15. Despite postponing the event for two weeks due to warm weather, building the site was still challenging. Aerials World Cup Coach Eric Bergoust relayed that coaches and athletes from all participating nations worked together to shape the jumps and install tubes of dry ice to keep them from melting. This is the U.S. Aerials Team’s first international World Cup competition after they kicked off their tour on home snow in front of 7,500 fans at Deer Valley Resort during the 2020 Intermountain Healthcare Freestyle International on Feb. 7.

The U.S. arrived a few days ahead of training to acclimate and enjoy touring Moscow. Besides hitting the usual spots like the Red Square, Olympic Gold Medal Aerialist Anton Kushner from Belarus used his connections to take athletes to the Moscow circus. “We always enjoy seeing other acrobats do cool stuff,” said Eric.

Twelve aerial skiers will represent the United States on Saturday. Megan Nick, fresh off of her first career podium at Deer Valley Resort, is stoked for the city event. “The site is pretty sweet,” she said. “It’s always fun to jump in the middle of the city.” She is joined on the women’s side by Winter Vinecki, Ashley Caldwell, Madison Varmette, Kaila Kuhn and Megan Smallhouse.

Leading U.S. man Eric Loughran noted that training was going better than expected, given the course build challenges. “The site shaped up a bit better than I thought it would be compared to the first day,” he said. “I feel good going into the competition after training [on Friday]. My favorite part about being in Moscow is jumping in front of the university with a cool city view. It feels a bit different than the usual ‘ski resort’ [vibe]. It’ll be a fun one! Moscow always brings a big crowd and a cool showing.” He is joined on the men’s side by Jon Lillis, Chris Lillis, Justin Schoenefeld, Alex Bowen and Quinn Dehlinger.

Moscow is Megan Smallhouse and Quinn’s first World Cup overseas and was the stop Quinn was most excited to compete in. “It’s been great here so far,” he said. “The best way to describe it is that it is just different here. [From how] people get around to what they eat. People here are crazy on the road and take a lot more public transportation. One of my favorite parts is all of the crazy architecture. The buildings are all different, and there are just random places where there are just stand-alone high-rises. Everything is way more compact in Moscow, which is way different from the compact cities and then [the suburbs] in the U.S.”

With a jump site sheltered from the wind, Eric expects good jumping from all competitors so athletes will need relatively high scores to land on the podium this week. Tune in Saturday morning to watch the aerial skiers of the U.S. Ski Team launch themselves into the rest of their World Cup season. 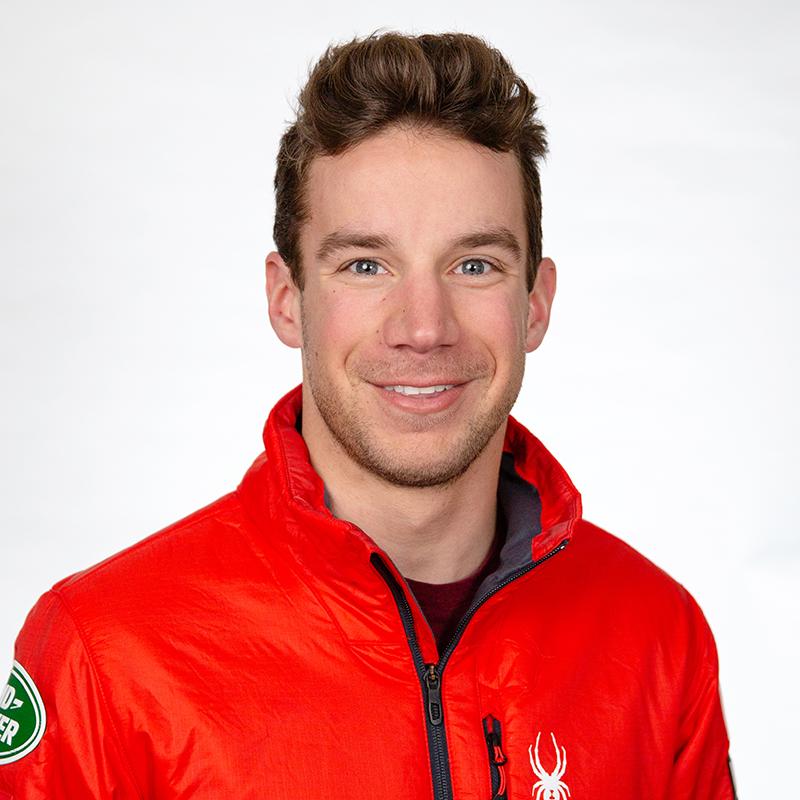 Alex Bowen
New Yorker Alex Bowen got his start in aerials at age 13 at Buffalo Ski Club’s wooden jump site. In his first full season on the World Cup in 2015, Bowen secured a surprise silver medal at the 2015 FIS Freest