Hahnenkamm and Crans Montana Eve: The Most Exciting Day of the Year 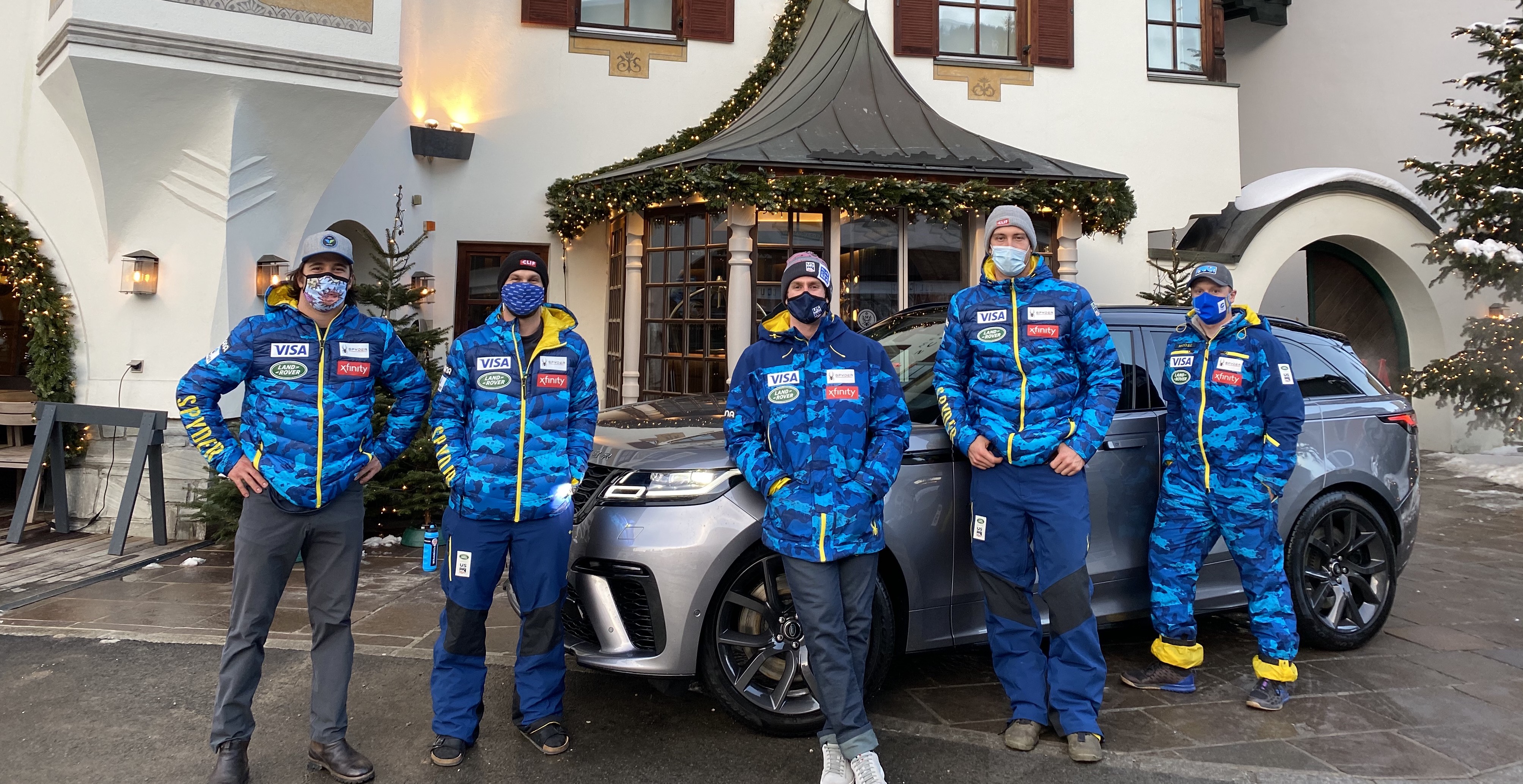 It’s the most wonderful time of the year...that is, Hahnenkamm time at Kitzbuehel, Austria. It’s like Christmas Eve...but better. While the women are about to throw down in Crans Montana, Switzerland, the men are about to step into the start gate on the Streif. And there are visions of podiums dancing in our heads. It’s going to be a big weekend. Follow along.

The 81st edition of the Hahnenkamm will be an experience like no other. Gone are the days where there are 80,000+ screaming fans, beer and gluhwein in hand, stumbling around the finish corral hoping for a peek at their ski racing heroes. It’s 2021, folks. We’re masked up, socially distant and there are no grandstands here at Kitzbuehel this year. Sure, it’s a bummer. A little bit eerie. But, also, it’s kind of special. In the 81 years of this race, it’s never been like this. The Land Rover U.S. Alpine Ski Team is happy to be here, and thankful the organizers and the International Ski Federation (FIS) were able to pull it off.

On the first day of downhill training on the Streif, Ryan Cochran-Siegle set the pace by .35 seconds, with teammate Travis Ganong on his heels in second, and Jared Goldberg in fifth, .57 seconds back. Cochran-Siegle grabbed his career-first podium in Val Gardena, Italy, with a second-place finish in the downhill and followed that up the following weekend with his career-first victory in the super-G at Bormio, Italy. He was the favorite for the win the very next day in the downhill, but made two incredible saves and ended up in seventh. With two opportunities to throw down on the Streif in downhill and one in super-G, this is one fans are not going to want to miss. What’s more, the start house got quite the makeover this year, so that in and of itself is worth the watch.

In the second and final downhill training run on Thursday, Cochran-Siegle got low above the Steilhang (which, btw, means “steep slope”) section, and straddled the outside gate, going through the panel. He still had the 22nd fastest training run time. Ganong had the seventh-fastest time on Thursday, while Goldberg was in ninth. Folks: if you haven’t already gotten the point...you’re going to want to tune in this weekend. “It just takes good skiing from top to bottom, executing every turn, as well as I can. Today was a little all over the place up top, but I still had sections that were OK...definitely not race quality,” Cochran-Siegle reflected after the second downhill training run.

It may not seem possible, but it is only Cochran-Siegle’s second year on the Streif. Last year, he DNFed (but was OK), and on Friday he’ll be looking to make it through the finish line. For the first time. With three opportunities this weekend, he and his teammates will have to be smart and conserve their energy. “You go into it knowing there are going to be three days, so pacing yourself on these days and trying to ramp up the intensity by Friday and into the weekend is important,” Cochran-Siegle added. ‘The key to this track is skiing tactically in places, and then you have to execute really well Steilhang on that flat down to that road...and down here, too, it’s about skiing with power in the apex and carrying speed through the terrain. I’m fine with it...I’m still enjoying it. I’m always just focusing on the skiing, and the slope is still very similar to every other year. That’s where I find joy. I’m sure other guys get energy from the crowd, but I just try to get energy from the slope.”

The messages of good luck are flowing in from veteran teammate Steven Nyman, who is currently sidelined as he recovers from an Achilles injury, as well as American Downhillers Daron Rahlves and A.J. Kitt, who hosted the very successful Land Rover U.S. Alpine Ski Team virtual fundraiser early this week. Rahlves, who won the downhill here in 2003, and the super-G in 2004 sent a text earlier, “Tell all the boys to definitely respect the Streif, but kick out of the gate to own it. Every time I got into that start I was thinking this could be the greatest day of my life as a racer. So critical to have that mindset approach, then execute!”

On the women’s side, Breezy Johnson led the way in both training runs, with a notably fast second place in Thursday’s second and final training run. Her response? “That’s Fool’s Silver,” she wrote in a text. Of course, we all know tomorrow is the big day, and Johnson is mentally ready to throw down. Again, YOU ARE NOT GOING TO WANT TO MISS THIS WEEKEND. Grab your popcorn, Pacifico, and get ready for an action-packed weekend that’ll also feature the winningest female alpine ski racer of all-time—Lindsey Vonn’s—debut on the Olympic Channel, as she calls the women’s downhill and super-G on Saturday and Sunday, respectively, alongside NBC’s Dan Hicks.

Sad you can't be at Kitzbuehel? We feel ya. Don't stress, you can participate from home with the Virtual cheers with the A1 5Gigameter.