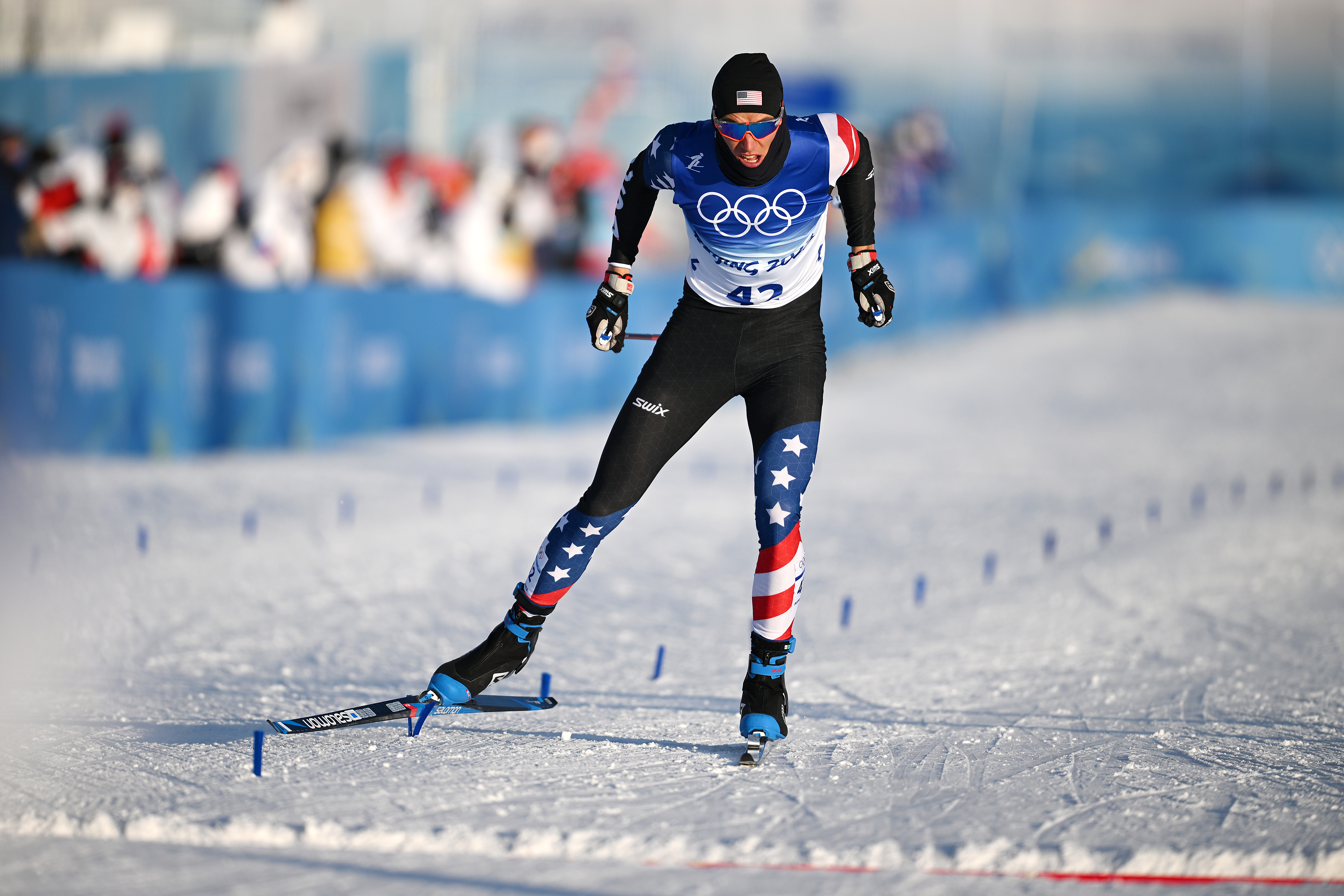 The Russian Olympic Committee team skied away from the field early in the 12-lap race on a cold, snowy day to win the gold with a time of 1:54:50. Norway’s Johannes Klaebo dropped Maurice Manicat on the final lap to secure the silver medal for the Norweigan team with a time of 1:55:57, while France took the bronze with a time of 1:56:07.

Luke Jager opened up the first 10k classic leg for Team USA. Jager was comfortably in the lead group until Russia’s Alexey Chervotkin dropped the hammer and blew up the lead group.

“The course was really hard, the altitude was really hard, and 10k, it is a lot different than say 5 or 7.5k,” said Jager, who is competing in his first Olympic Winter Games and was a member of the two-time U.S. Junior Men’s World Championship winning relay team. “I learned a lot from it, and now I feel like I need to go home and train a lot more.”

Jager tagged off to Scott Patterson in 13th, who picked off two places before tagging off to Gus Schumacher. “That was a hard race,” said Patterson, who found himself in no man's land for most of the second leg. “It would have been nice to have a group to ski with out there today.”

Patterson tagged off to Gus Schumacher, who skied a solid 10k. He tagged off to Bolger who picked off Canada’s Remi Drolet and then set his eyes on Japan’s Haruki Yamashita, catching him on the final climb into the finish arena, and easily putting 50 meters on him at the line.