Jessie Diggins and Katharine Ogden are all smiles as they both qualified for Saturday's classic sprint heats at the FIS Tour de Ski in Oberstdorf, Germany. (U.S. Ski & Snowboard)

Diggins and Sweden’s Frida Karlsson were sitting third and fourth in the opening quarterfinal headed into the final climb. Diggins was in the track, and Karlsson was double-poling just outside the track and moved in on Diggins lane. Diggins switched lanes, only to see Karlsson switch into the same lane again and take her down. Diggins hit the deck, and Karlsson was subsequently disqualified for obstruction and incurred a three-minute penalty.

“Sometimes these things happen,” said Diggins, who dropped to third overall. “We talked after the; we’re cool, there’s no drama. But it is a bummer because that severely impacts my Tour, and mostly, I feel bad because we had amazing skis today.”

Indeed, it was another day of great skis for the Davis U.S. Cross Country Team, with four athletes advancing to the heats, including Katharine Ogden, who qualified for her first World Cup sprint heats. Ben Ogden qualified just as he did in 2021, along with Luke Jager, who qualified for the heats for the second time in his career.

While everyone went out in the quarterfinals, not all was lost on the day, as Ben and Katharine gave their parents a lot to cheer about. “That was awesome to see,” Ben said of his sister qualifying for her first World Cup Sprint. “I’m sure my dad and mom are home (in Vermont) and pretty pumped to see us both in the heats.”

In the men’s race, Norway’s Johannes Hoesflot Klaebo won his third stage in this year’s Tour and led a Norwegian sweep with Erik Valnes in second and Paal Goldberg in third. Ben Ogden was 22nd, and Jager was 27th.

The Tour has a travel day Sunday, continues Monday, and concludes Tuesday in Val di Fiemme, Italy. Monday’s race is a classic mass start, and Tuesday is a freestyle mass start, both of which favors skiing style.

“I’m just going to focus on moving forward and doing the best I can in these last two stages,” Diggins said. “I’m going to go as hard as I can as each day is a new day, so I just want to have the best day I can.” 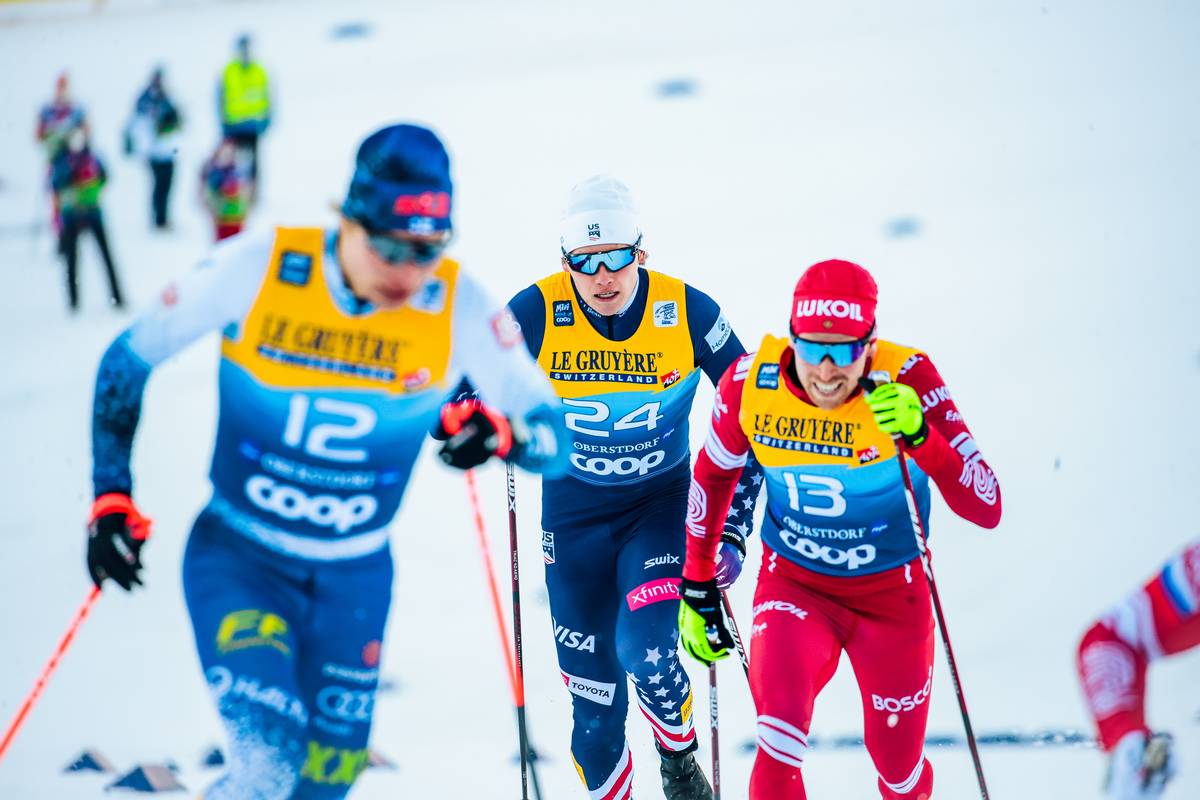 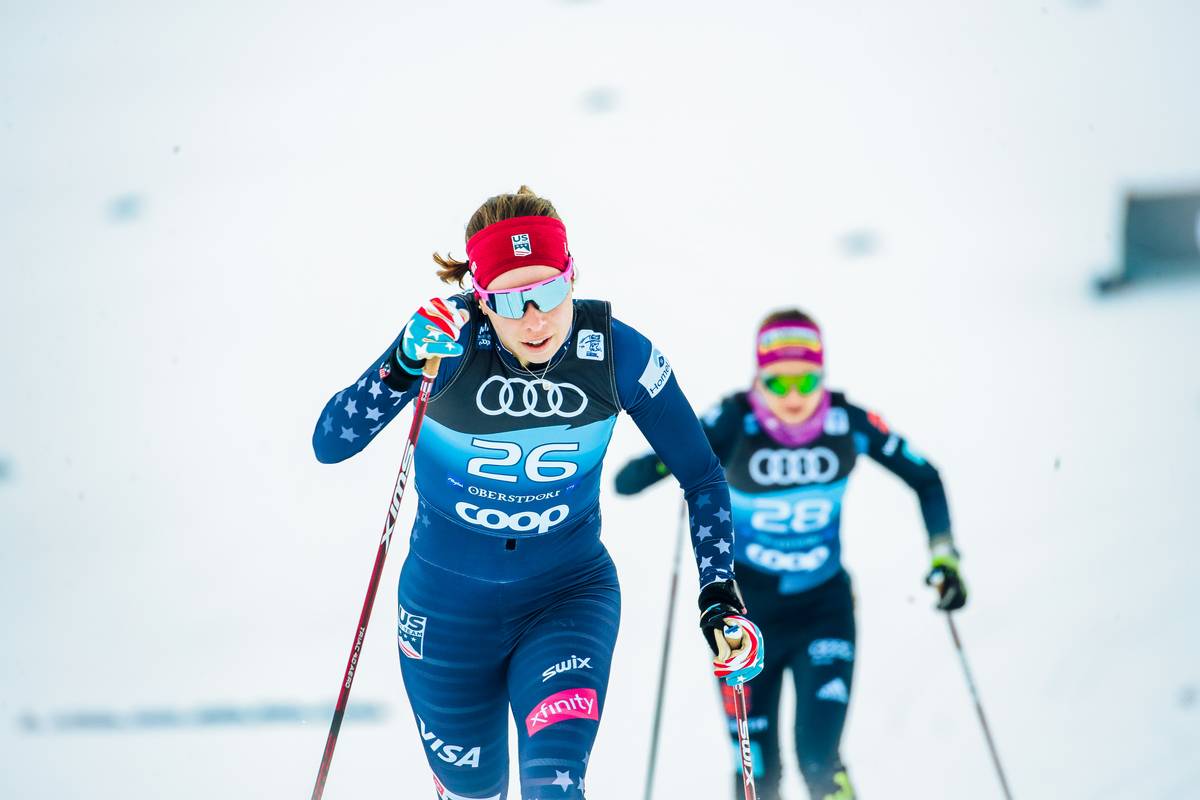 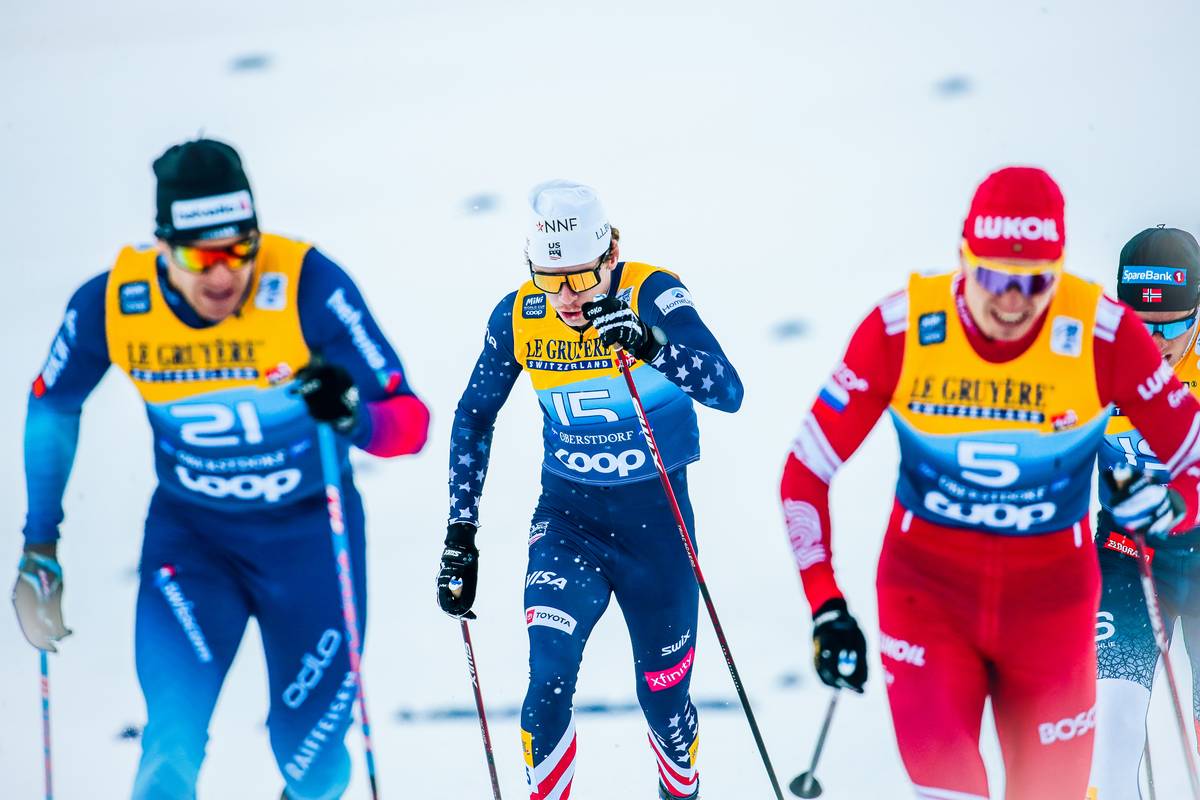