U.S. Ski & Snowboard recently announced its U.S. Ski Team nominations for the 2022-23 season. Of the 22 athletes named to the team this season, six were not on the previous year’s roster, either newly named or renamed: Michael Earnhart, Walker Hall, Zak Ketterson, Will Koch, Finn O’Connell, and Sammy Smith.

To help fans get to know these new(er) faces, FasterSkier is doing a series of interviews, providing insights into the factors that have contributed to the development, progress, and growth of these athletes last season. In this installment, we talk with Zak Ketterson about his renomination to the U.S. Ski Team on its B-Team, his World Cup breakthroughs this past season, and the growth of his club, Team Birkie.

Ben Theyerl/FasterSkier (FS): Can you start off by telling us a little bit about yourself?

Zak Ketterson (ZK): I grew up in the Twin Cities area in Bloomington (MN). I didn’t really start skiing until 7th grade, when I got into it because my older brother (Jan) was on the high school team. Up until then, I had been into more of the traditional American sports – basketball, football, baseball – and even after my first few seasons of nordic skiing, I really didn’t like it that much better. I really wanted to play basketball, but I kept with skiing because I was having a lot of success in it, which is always fun, and like I said, I was getting to spend time with my brother and our teammates.

My first introduction to competitive skiing was the Minnesota high school league and trying to win the Minnesota state meet. That was the highest level of skiing in my head at the time, and in Minnesota, that’s the thing to win. Even as I progressed to being at Junior Nationals and started competing nationally, I wanted to win the State Meet.

When I got out to JNs, it was like, ‘oh, there’s a lot of good skiers from elsewhere,’ and that made me start thinking I wanted to continue with skiing – maybe do it in college. I went to Northern Michigan University (NMU), so stayed very local because being from the Midwest is pretty important to me. I just think it’s the coolest ski community, and always have, and going to NMU was cool because I got to follow the footsteps of Ian Torchia, Adam Martin, Kyle Bratrud, and go there with Leo Hipp and be teammates with them all – I didn’t have to leave.

Read the Full Story by Benjamin Theyerl at FasterSkier.com 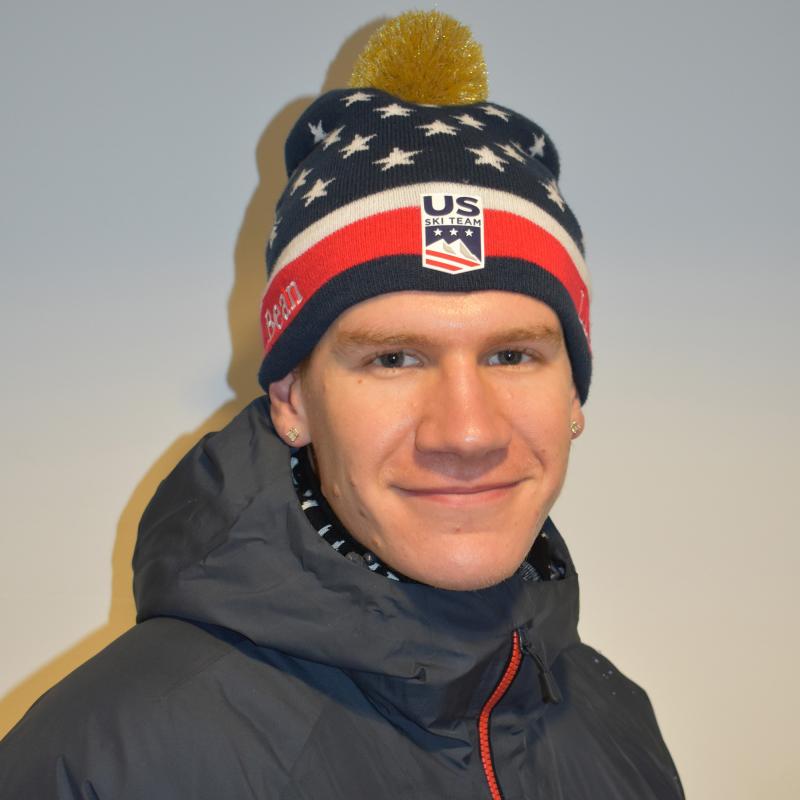 Zak is a two-time NCAA All-American and rejoined the team for the 2022-23 season. He was also a member of the first U.S. Mixed Relay team that won the inaugural FIS World Cup event with Scott Patterson, Rosie Brennan, and Jessie Diggins.