"My favorite career memory so far was having my parents in Are, Sweden when I won World Juniors." 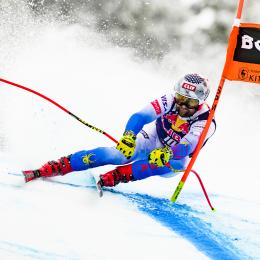 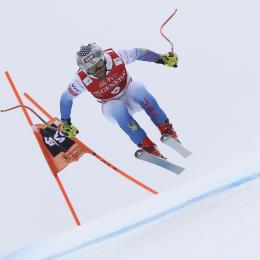 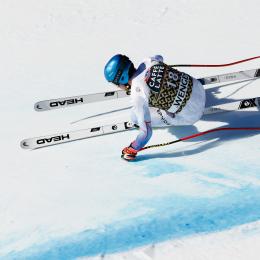 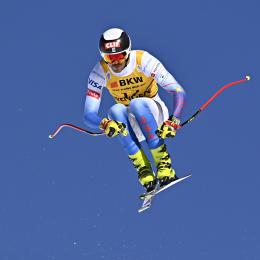 Carrabassett Valley Academy can claim that they helped guide Bode Miller into being one of the best in the world. Now they can also say they helped Sam Morse get on that path too. The young gun didn’t disappoint in 2014, obliterating the FIS race circuit to become the number one downhiller in the country within his age group. He also placed top 30 in both slalom and giant slalom at the Nature Valley U.S. Alpine Championships in Squaw Valley, Calif. The results, coupled with a good work ethic, earned Morse both the Golden Ski Award (for the top junior skier in the East) and a spot on the U.S. Ski Team.

Morse snagged some impressive results at World Juniors on the 2014 Olympic track in Sochi, with a fourth in downhill and 13th in the combined. Downhill day in Sochi was a historic day for Morse and his teammates. While teammate Erik Arvidsson was crowned downhill champ, Morse followed suit with fourth, with Florian Szwebel seventh and Drew Duffy in 10th. Morse knows what it's like to be part of a team and build teammates up, yet he also knows how to put the hammer down on the mountain.

During the 2017 season, Morse continued the momentum at Junior World Championships in Are, Sweden, grabbing three top six results and was crowned Junior Worlds Downhill champion alongside teammate Alice Merryweather for a USA gold medal sweep. That earned him a World Cup start spot at Aspen's World Cup Finals, where he made his World Cup debut and landed in 21st. In 2018, Morse finished first in the NorAm Cup standings in the alpine combined. Next stop: full time on the World Cup. Moose on the loose!

FIRST TRACKS
At a mere 23-months-old, Morse made his first tracks skiing at Sugarloaf, Maine. His official hashtag #mooseontheloose is based on his childhood nickname "Moose."

OFF THE SNOW
Off snow, Morse loves some good ol' outdoor adventuring, including whitewater kayaking and mountain biking...and sometimes likes to do it while rocking a killer mullet. He just competed in his second 24 hour Adventure Race, consisting of the traditional adventure race sports of paddle, bike, hike/run for over 100+ miles in 24 hrs all orienteering base with just a map and compass to hit checkpoint in the middle of the wilderness. He says, "Definitely one of the coolest things I’ve ever been apart of...at 2 a.m. when you're tromping through the forest on a compass bearing towards a flag on the other side of an island in the middle of a river that you just paddled all night to get to - these are the crazy moments that make it super challenging and fun."

Q: What is your favorite memory as a competitor?
A: Having my parents in Are, Sweden when I won World Juniors.

Q: Tell us something quirky about yourself?
A:
I can ride a unicycle!