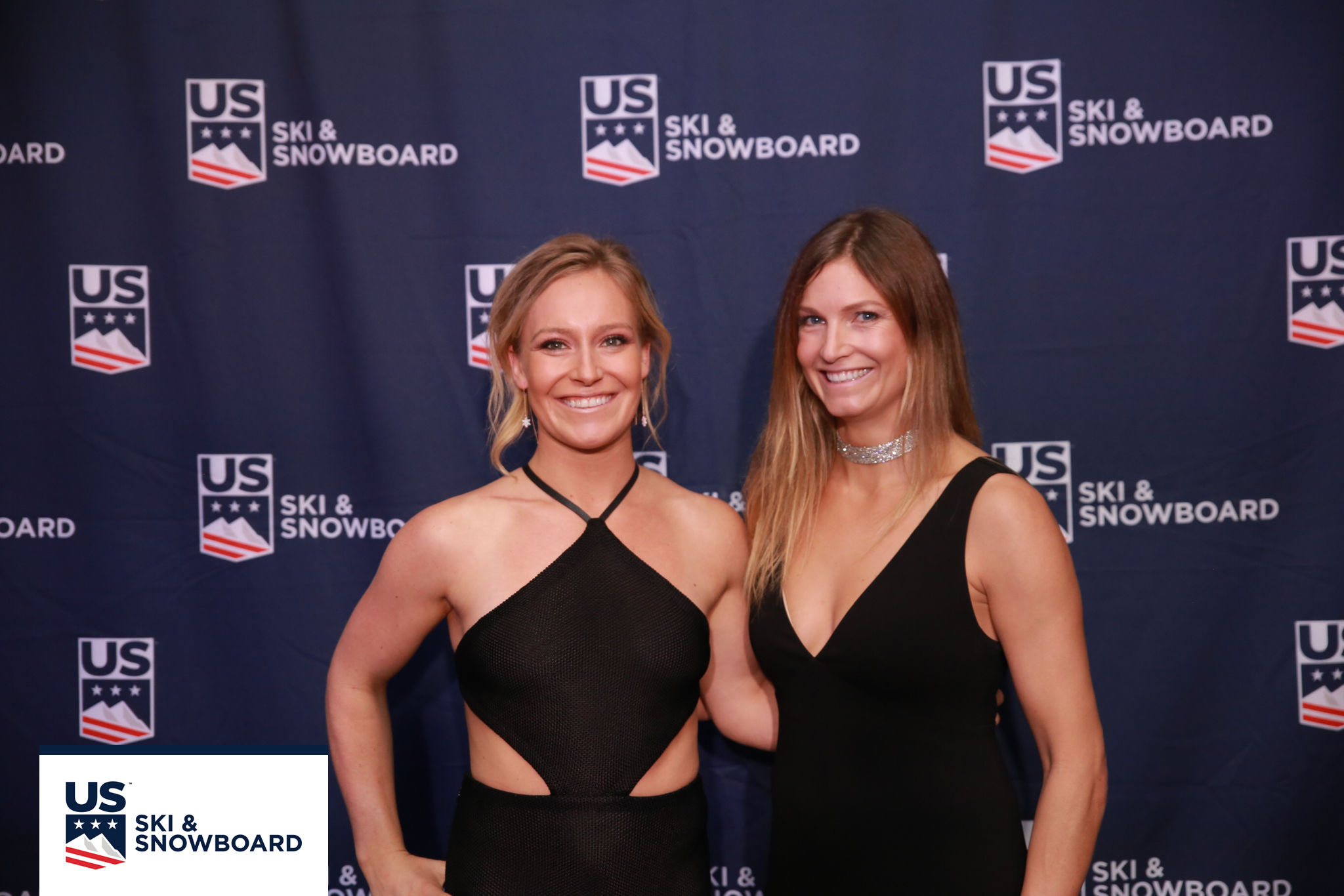 NEW YORK (Nov. 3, 2017) - A tense energy wafted across the starlit ballroom in New York City’s Ziegfeld Theater Thursday. A day earlier, the Times Square countdown clock ticked down to just 100 days until the opening ceremony of the 2018 Olympic Winter Games in PyeongChang. As almost three dozen U.S. Ski & Snowboard athletes gathered for the New York Gold Medal Gala, one theme was omnipresent: It was go time.

For an organization that goes up against heavily national-funded teams every weekend, the 51st annual New York soirée is a vital fundraising tool as well as an opportunity for athletes to exchange their snow boots for dress shoes and high heels to hang out with over 650 passionate fans. The gala raised well over $1 million net to support American athletes - the biggest night of its kind in Olympic sport. Next door in a unique ice bar at a local hotel, nearly a hundred more U.S. Ski & Snowboard ambassadors raised a toast to the team on its road to PyeongChang. 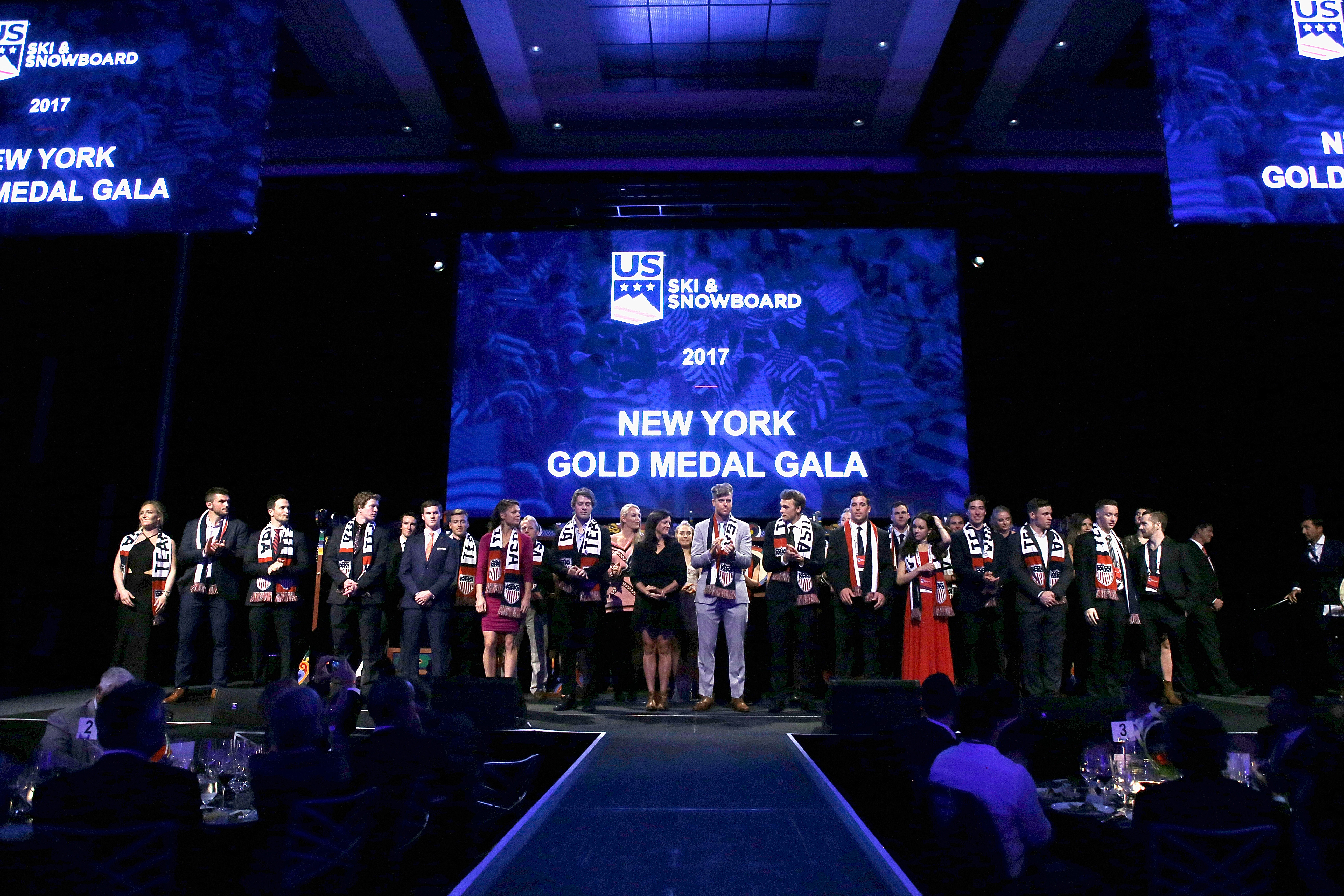 Athletes gather in front of the crowd. (Getty Images)

Guests arrived at the midtown venue to the tune of pleasant chords from the strings of a Korean gayageum. TV crews scrambled for the arrival of stars like Lindsey Vonn, Gus Kenworthy and Ashley Caldwell. There were over a dozen Olympic medals in the house - including seven gold - plus countless world champions. The thunder of ceremonial Korean drums brought everyone's eyes to the stage as emcee and Olympic champion Jonny Moseley took to the stage.

"Do you notice a heightened level of intensity here tonight?" said Moseley. "I can tell you, the athletes feel it now - just 99 days from the biggest event of their lives. And all of you - our fans - you're paying closer attention right now, aren't you?" 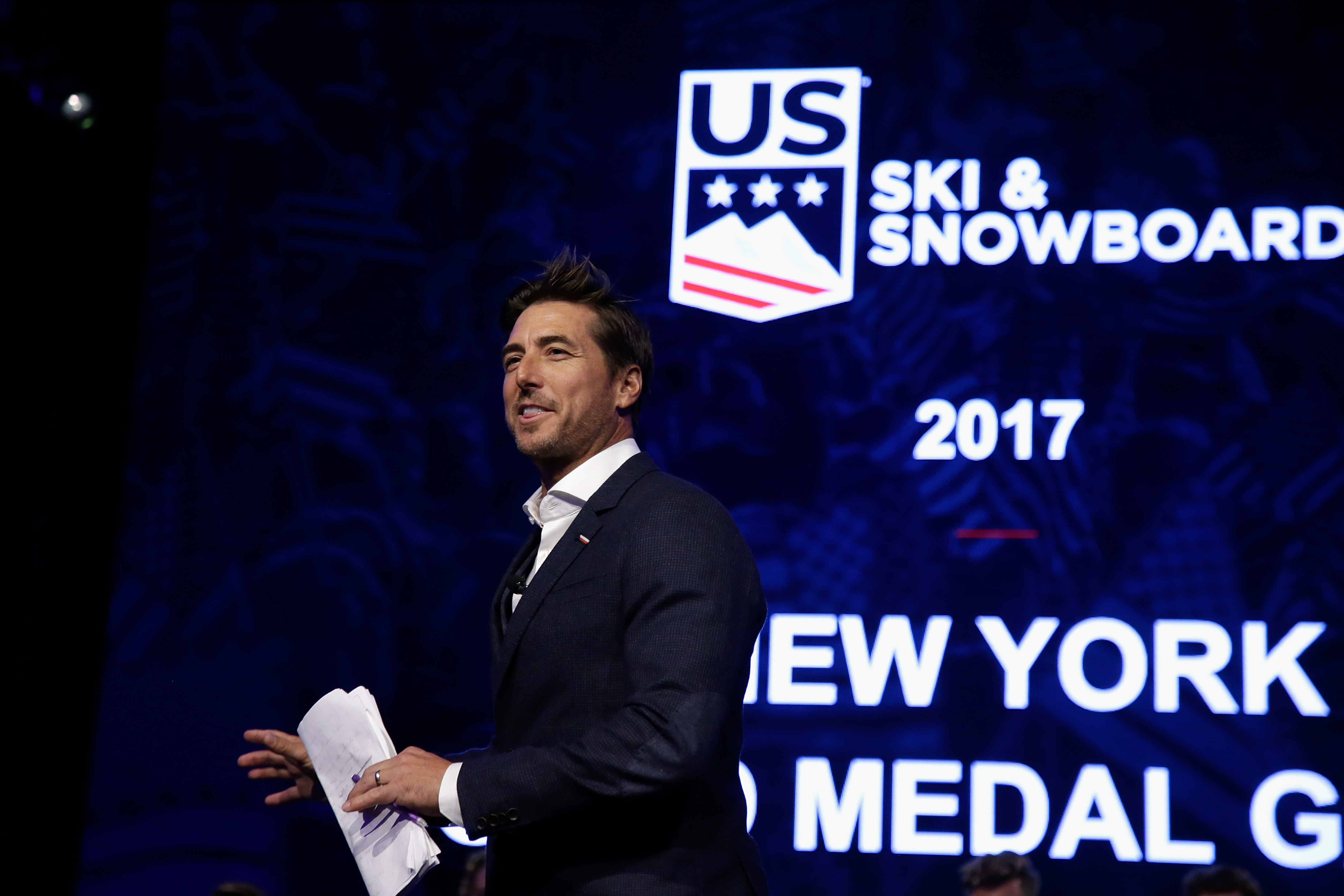 U.S. Ski & Snowboard President and CEO Tiger Shaw - himself a two-time Olympian - recognized that, as well. "What's on everyone's mind right now is how to make that Olympic team," said Shaw. "It will be tough. That's what this year is about."

Shaw also paid tribute to young Mikey Lillis - just 17 - who passed away in his sleep two weeks earlier. Lillis' older brothers - world champion Jon and World Cup winner Chris - were there as well as their mom Jamie. It was a poignant moment for a tight-knit family. "We really have something to ski for this year," said the boys. The gala capped a week of Olympic celebrations from team uniform unveilings by The North Face and Burton to a day of fun for fans meeting athletes in Times Square, along with snowboardcross Olympic bronze medalist Alex Deibold ringing the closing bell alongside team supporters at Nasdaq while action videos played on skyscraper-sized big screens outside in Times Square.

“I feel really lucky to be here,” said Deibold addressing the crowd at Ziegfeld. “I remember coming here for the first time in 2013 and what a thrill it was. I’ve appreciated the support that I’ve had from you.”

Lindsey Vonn echoed the feeling. “We can’t do what we do without your support,” said the two-time Olympic medalist. “This is what you do, New York, and we appreciate it.” 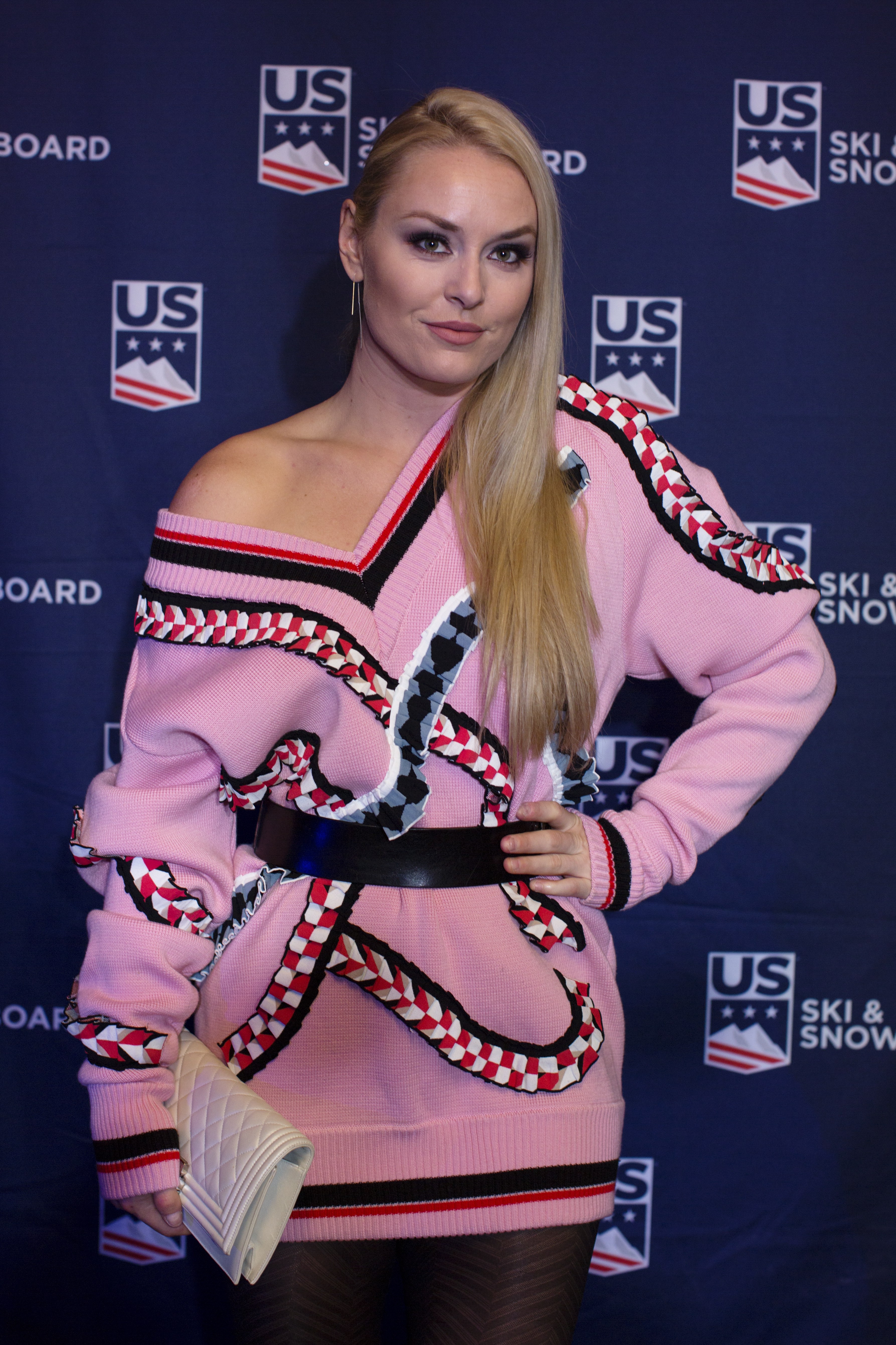 Strobe lights flashed and videographers jostled for position as media looked to grab that insightful quote that would foreshadow what was to come this February in PyeongChang. Supporters clamored for a photo with the ski and snowboard stars.

The the real meaning of the evening is the impact New York brings to the fledgling careers of athletes with stars in their eyes. No one said it better than world moguls champion and NFL star Jeremy Bloom. The Colorado native told the story of being inspired when, as a young boy, he watched the Olympic debut of moguls skiing in 1992. 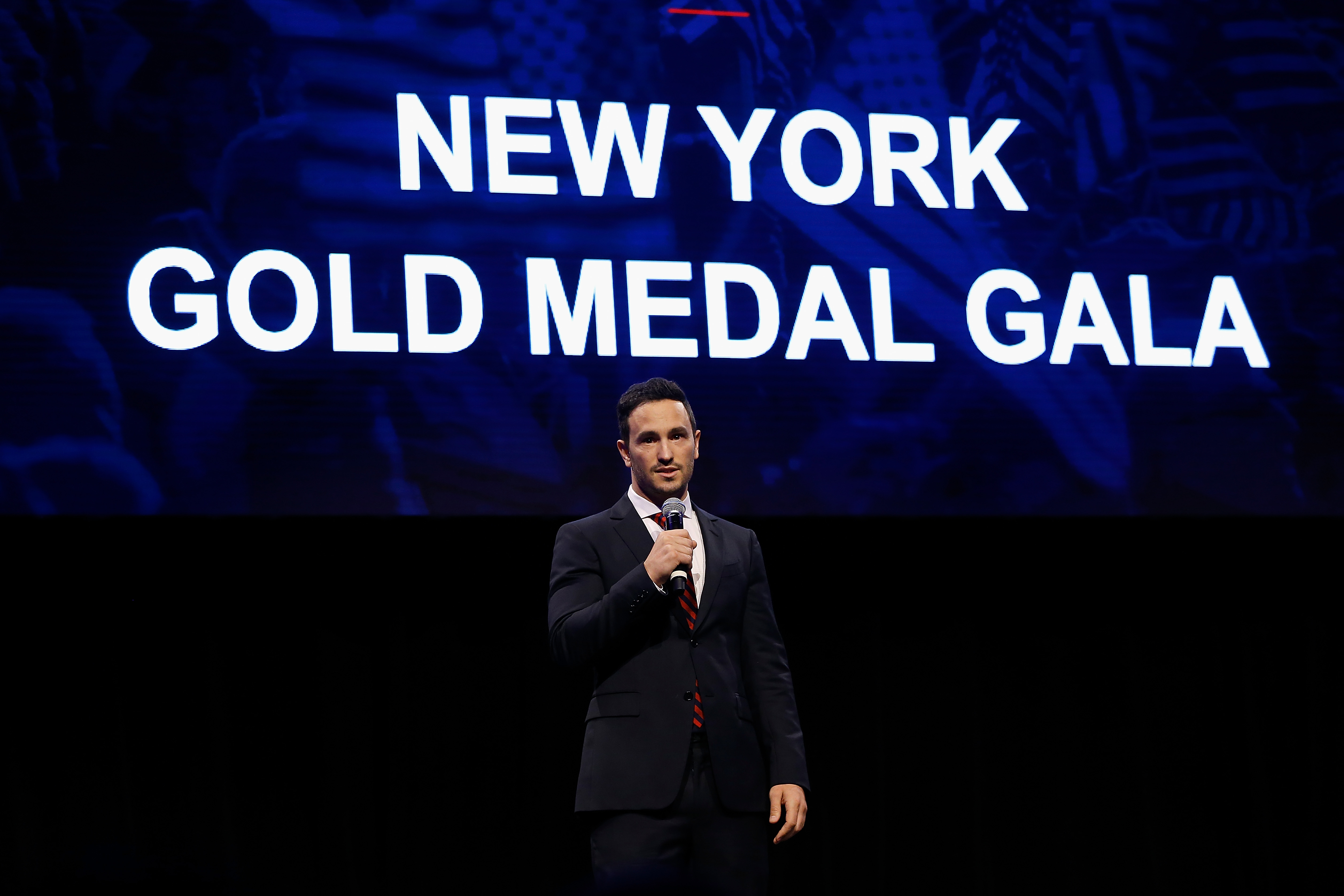 "Seeing Edgar Grospiron win gold on TV that day changed my life," said Bloom. "I told my parents that night, 'this is what I want to do.' They said, 'put your mind to it and you can do anything.'"

Bloom had the audience spellbound as he recounted the day he was in the football locker room at the University of Colorado when he got a call from his moguls coach. The team had found some funding for him to go to Chile. It was his one-shot chance to get a result that would eventually lead him to making the U.S. Olympic Team. At his football coach's encouragement, he took a break from CU and went to Chile. At camp he skied 30-50 runs every day - first up and last off the hill. He got that result and later made the Olympic team. And he capped his career with a world championship.

"If it wasn't for what the U.S. Ski Team did for me," said Bloom, now a highly successful businessman, "this little C teamer wouldn't be standing in front of you today. It changed my life."

In 95 days, around 100 U.S. Ski & Snowboard athletes will walk into PyeongChang Olympic Stadium with big eyes, broad smiles and Olympic dreams. For many, that night at the New York Gold Medal Gala will resonate in their mind and push them further to achieve their dreams.