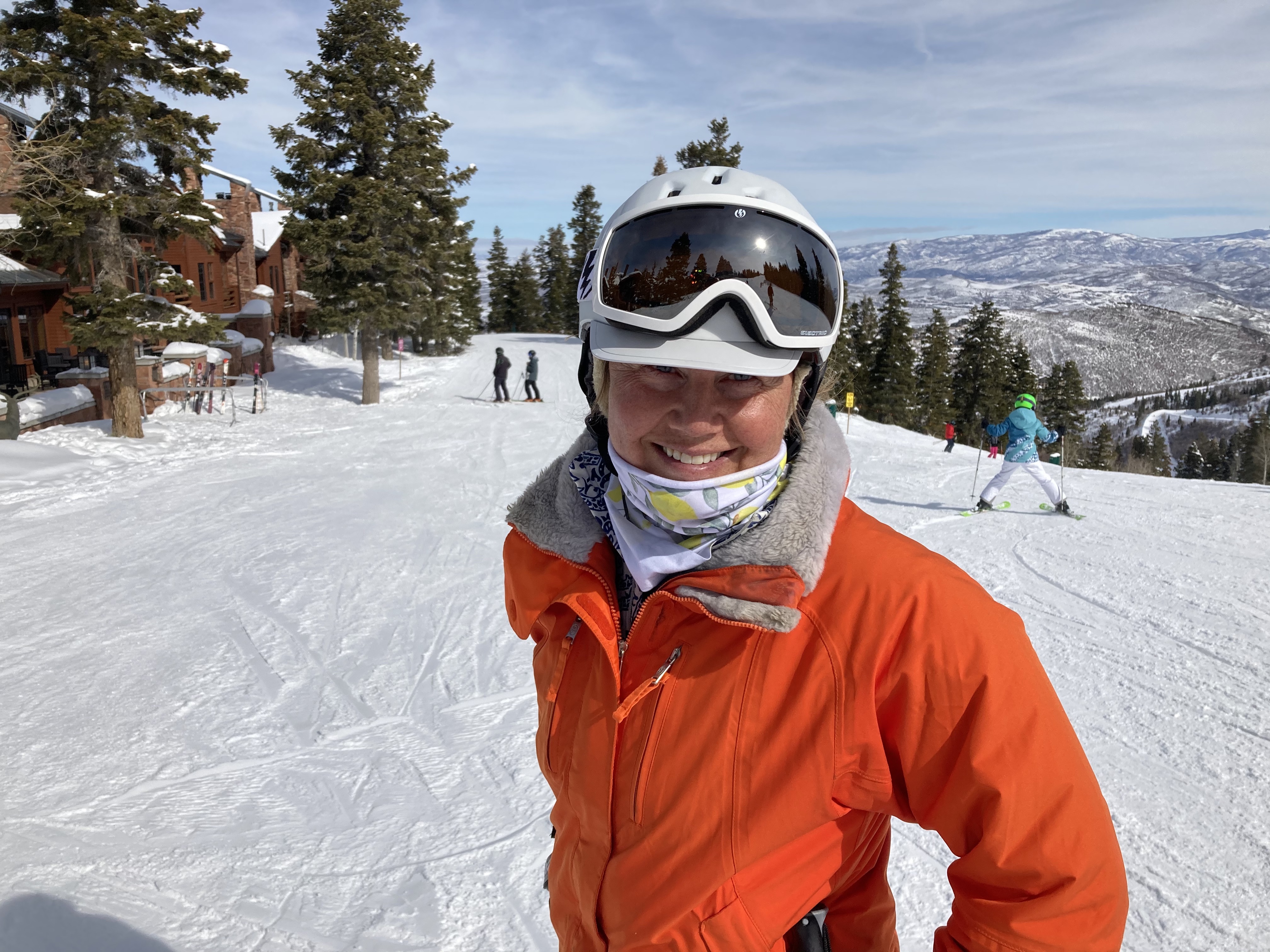 U.S. Ski Team alumna, Olympian, World Championship medalist, World Technical Ski Champion, and U.S. Ski & Snowboard Hall of Famer Eva Twardokens, who was injured in a plane crash in February of 2019, returned to the mountain this winter...and it was more than a success. (Edie Thys Morgan)

Eva Twardokens, Heidi Voelker, Kristi Terzian and I have been together on mountain tops hundreds of times, as teammates during our years together on the U.S. Ski Team and beyond; but it had been years since we’d actually felt this nervous about a run.

The sole purpose of our reunion was to get Eva skiing for the first time since surviving a plane crash in her single-engine Citabria barely two years earlier. From the start, Eva was excited but apprehensive. Her recovery has been a complex interplay of setting audacious goals and managing expectations. Skiing isn’t the most audacious of things she had already conquered (surfing gets that honor), but it might be the most meaningful. No single activity is more connected to her identity as “Eva T, World-Class Athlete”.

Starting out as a young freestyle star, Eva turned into a World Cup and Olympic ski racer, and then World Technical Ski Champion. With dental hygienist training in her pocket for financial security, she excelled at windsurfing, then surfing, became a CrossFit pioneer, National Masters weightlifting champion, personal trainer, and pilot.

Two years after falling from the sky, the body Eva spent a lifetime training now carries mechanical and neurological uncertainties: the shattered left ankle; the lagging right leg; the double vision; the balance issues. She had good reason to be nervous, as did we. If this didn’t work, it would be our fault. She’d entrusted us with her safety, and her hope.

Our morning thus far hadn’t exactly put her at ease. It started brilliantly, with a stop at Cole Sport, where they outfitted Eva with skis that would be just right for the occasion—comfy with spunk. From there, the road got bumpy. It involved booting up COVID-style, which is to say, standing on one foot in a dimly lit garage to put on cold boots, then marching in them for an eternity.

En route, Eva reiterated everything she feared, while we assured her of what we truly believed, namely, “You’ve got this!” This sport she had been doing since age two was embedded in her bones. It would all come back to her. But, what if skiing was another task—like walking, speaking and so many other things—that had to be painstakingly relearned? What if it wasn’t automatic? By the time we made it to the snow, our confidence, too, was shaky.

Then again, Eva didn’t earn the nickname “Bulldog” for backing away from a challenge. After two tentative runs on the bunny slope, she agrees it’s time to take on a big run, and here we stand.

Heidi, Deer Valley’s Ambassador of Skiing for the past 20+ years, leads the way, her hot pink pants setting the course, while Kristi and l deploy as Eva’s wing women, ready to take out anyone who intrudes her space.

Eva pushes off alone, a metaphor for this sport. Cole Sport could make sure she had perfectly tuned gear. We could get her onto the snow safely. Deer Valley could take care of the immaculate grooming. But nobody gets in the starting gate with you.

From behind, I capture her first turns on video. She’s standing on her skis, perfectly centered, planting her pole, doing short swing turns that would have made her parents Georg and Halina, both ski instructors, proud. As she gains speed, the skis engage and reward her embedded skill and muscle memory with rhythm and rebound.

By the time Eva stops, partway down the aptly named “Success” run, she’s no longer talking about what feels wrong or different. She is smiling the big Eva smile, unmarred by worry or fear or anything but pure joy. At each break, the smile grows. “I thought I’d never do this. I thought I might fall on my face!” We’re crying. We’re hugging. It’s…awesome.

What came before and after was not all unicorns and rainbows. It was a huge step in a non-linear recovery, punctuated with frustration and tension, but also humor, relief, and mostly, that sweet taste of victory—a true team victory.

Kristi and Heidi made this moment happen, but throughout Eva’s entire recovery, her ski team has been by her side. During her intensive work at the High Fives Foundation and the Brain Health Restoration Clinic, scores of teammates from near and far—some she’d competed with, others she had inspired, and quite a few she had dated—rallied to provide care and support.

As Eva’s baseline recalibrates, so too does her ambition. Her recovery milestones, still hard-won, are progressively satisfying and visible: swimming in the ocean, riding a bike, surfing, skiing, getting a driver’s license, traveling solo.

On the final day, as Eva cruised down Birdseye, the run we’d trained on during the Park City World Cups, a conspicuously hot ski racer interrupted his photoshoot to ski over. Steve Nyman introduced himself, said he was watching, and that he was impressed. Once again, the ski tribe had spoken. Eva summed it up well: “Skiing through this…this is my Olympic medal.” Eva and Steven Nyman pose together for a photo at Deer Valley. Eva, Kristi, Heidi, and Anouk Patty pose for a picture. 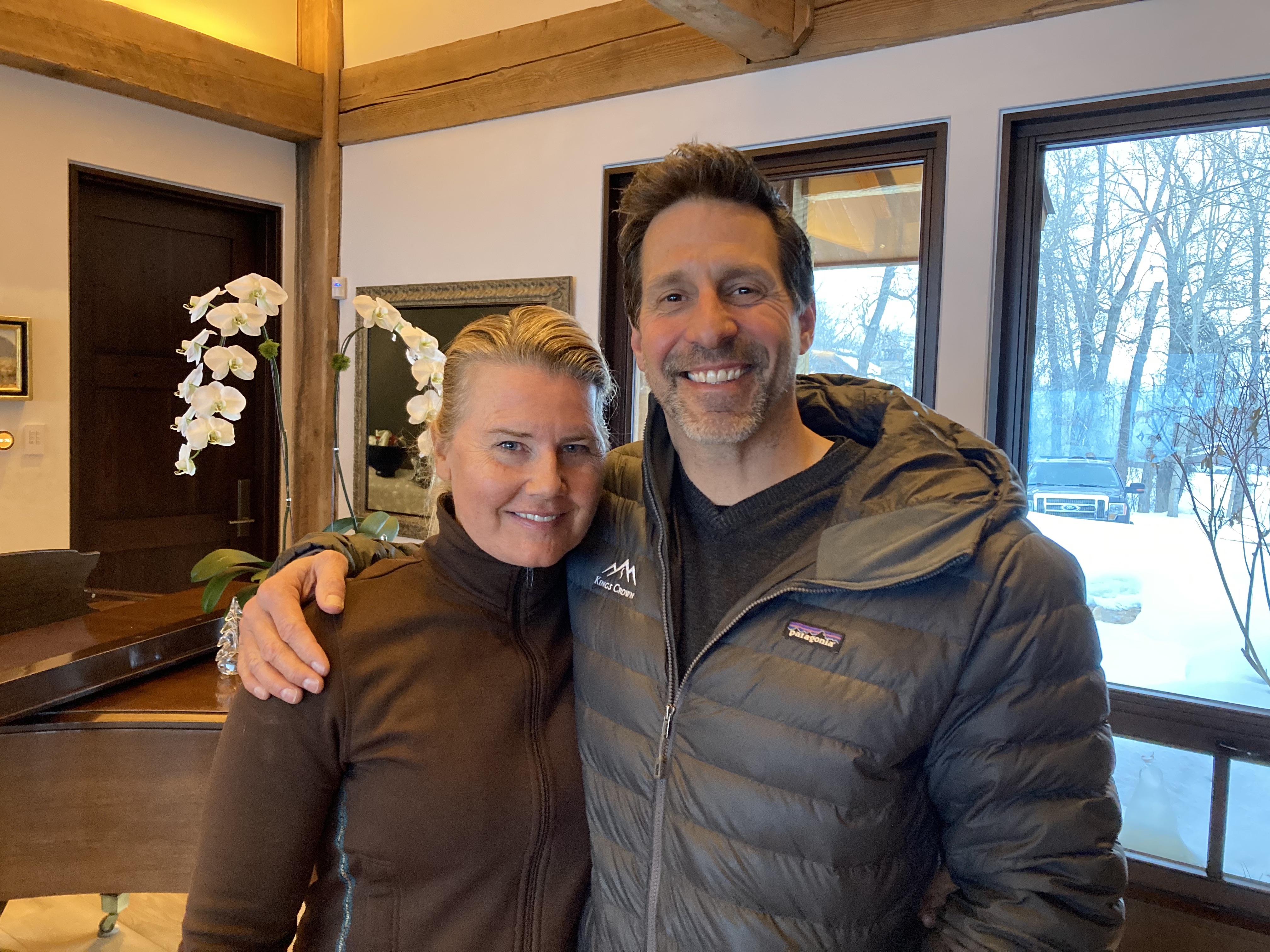 Eva and Erik Schlopy catch up during an apres-ski visit. 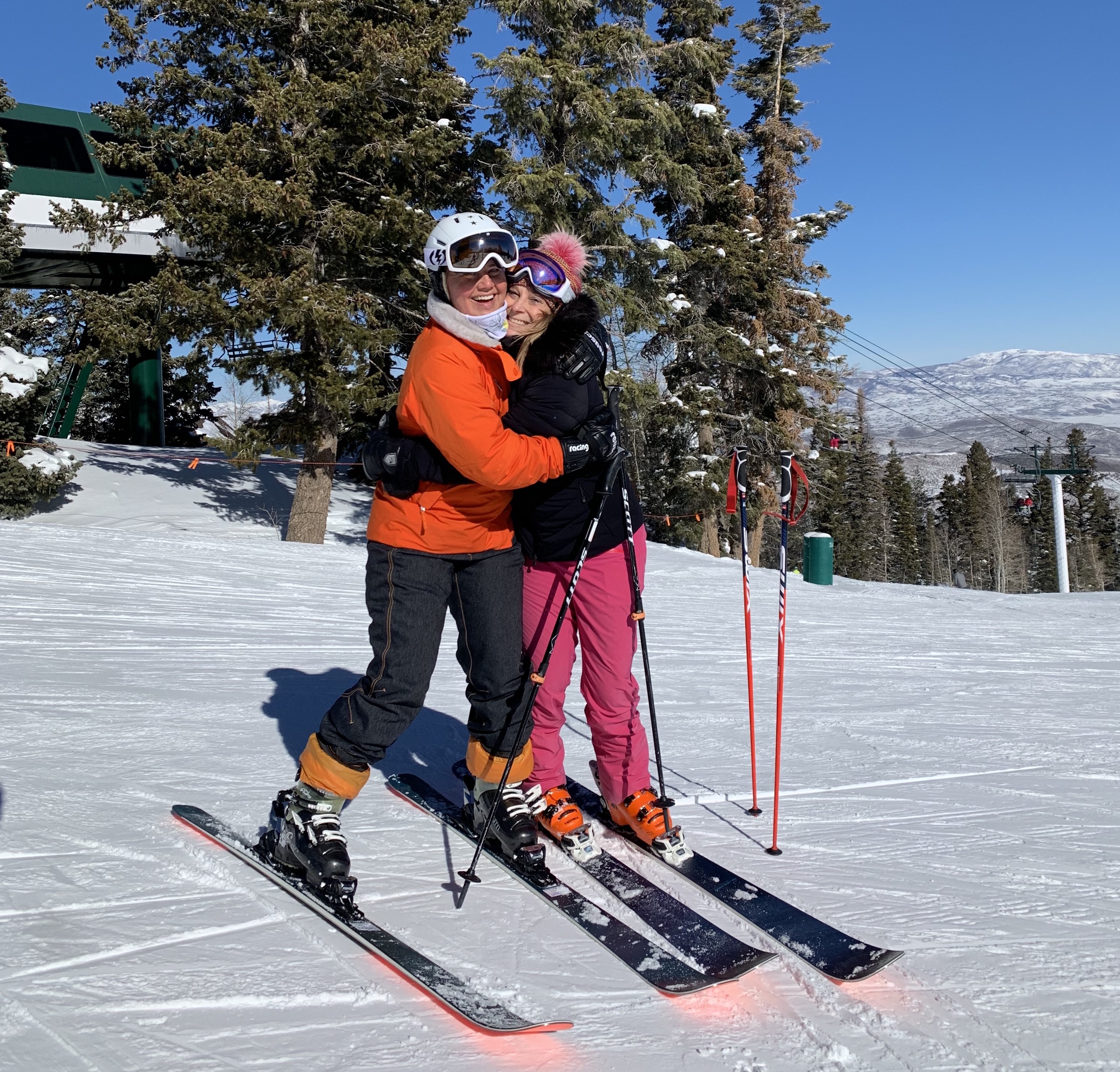 Eva and Heidi on the mountain at Deer Valley.