Maddie Bowman, a seven-year member of the U.S. Freeski Team, announced her retirement from competitive halfpipe freeskiing today. The South Lake Tahoe local is one of the most decorated athletes in her sport and leaves behind a lasting legacy of triumph, perseverance, and progression.

“I have decided to step away from halfpipe skiing for a simple reason,” said Maddie. “I have given everything I have to progress the sport and now I know the women after me will do an amazing job. I would not have been able to be so successful or give the sport so much without the support of my sponsors and U.S. Ski and Snowboard. I also wouldn't have been so prepared to make this huge decision without them. The team and the halfpipe community has raised me into a woman with a voice, with passions both inside and outside of sport, and who knows when it's time to walk away. However, I will be a skier for the rest of my life. Skiing is my passion and I will be following it this season to Chamonix, France, where I will explore the backcountry and the big mountain side of things. Thank you all so much for your support as a halfpipe skier and into my lifetime career of being a skier and educator.”

Maddie’s accolades in halfpipe skiing are countless, and a few stand-out moments will be cemented in the history books. Maddie won the first Olympic gold medal in the history of women’s halfpipe freeskiing at the 2014 Sochi Olympic Winter Games. With the world watching, she put a beautiful representation of her sport on display. In 2018, Maddie made her second and final Olympic Team and finished 11th. However, she showed her true colors as she watched her teammate and friend Brita Sigourney step onto the podium to receive the bronze medal. Although Maddie would have loved to have been on the podium herself, being the fierce competitor and friend she is, she was one of the first people to greet Brita with tears of congratulations. This was one of many moments throughout her career that Maddie’s role as a supportive teammate and leader became clear. It was always about the sport and not the individual to Maddie.

On the FIS World Cup circuit, Maddie continued to prove she was at the top of her sport earning nine podiums, five of which were victories. At X Games, Maddie was the second skier ever to win four-straight gold medals in Aspen, Colo. She’s collected a whopping nine total X Games medals throughout her career (five gold, two silver, and two bronze). She is also a three-time (2013, 2014, and 2016) Association of Freeskiing Professionals (AFP) halfpipe champion. Maddie has always focused on pushing the sport including landing back-to-back 900’s and the switch 900 at the highest level of competition. Throughout her career, her determination and discipline have allowed her to overcome season-ending injuries and come back stronger than ever.

“Maddie has had such a huge impact on the sport and the U.S. Freeski program overall,” said U.S. Ski & Snowboard Freeski and Snowboard Director Jeremy Forster. “Her competitive results stand on their own. Although, Maddie has done as much away from competition as a teammate, mentor, role model, and representative of the sport to establish her legacy. We look forward to working with Maddie as she takes this next step.”

Maddie’s status as a role model is unquestionable. She has focused on increasing women’s participation in sport, combatting climate change, pursuing a college education, and even pushing her own limits stepping into the backcountry. Due to her undeniable success, she’s also been at the center of criticism as it relates to the pace of progression in women’s freeskiing. Her reaction and grace throughout these difficult times may actually be her most impressive career accomplishment. She never responded with malice, but rather through her actions, continuing to advance the boundaries of the sport. She even created her own event called “Recess”, where she provided a fun, stress-free environment for women to ski and progress.

Moving forward, Maddie will continue to pursue her Bachelor’s degree in biology at Sierra Nevada College with the ultimate goal of becoming a high school science teacher. Maddie plans to carry on with public speaking, telling her story and sharing her experiences to inspire others. Also, Maddie looks forward to enjoying the outdoors, whether it’s mountain biking, hiking, backpacking, or venturing more into the world of backcountry skiing.

“Maddie has been a huge influence, not only to me, but to the entire sport of women’s halfpipe skiing,” said 2018 Olympic halfpipe bronze medalist Brita Sigourney. “She led us to where we are now with her constant progression of technical tricks years ahead of the rest of the game. She was a fierce competitor and always fun to watch, even when she was beating me at every contest and dominating the scene for so many years in a row. But Maddie has always been more than just my competition. She is my ‘little sister’, my powder-skiing-sidekick, my travel buddy, and my loyal friend. I know she will go on to accomplish even bigger things.”

Maddie has come a long way since her parents started her on skis on her second birthday on a small slope behind Sierra-At-Tahoe’s lodge, the mountain she still represents today. The journey isn’t over for Maddie and we look forward to her new adventures. If the past is any representation, Maddie will move forward to thrive with the same spirit that’s brought her so much success and made her the freeskiing icon she is today.

For all media and public speaking engagements, please contact Maddie via her agent Tom Yaps (tom@emmllc.com) with Evolution Management. 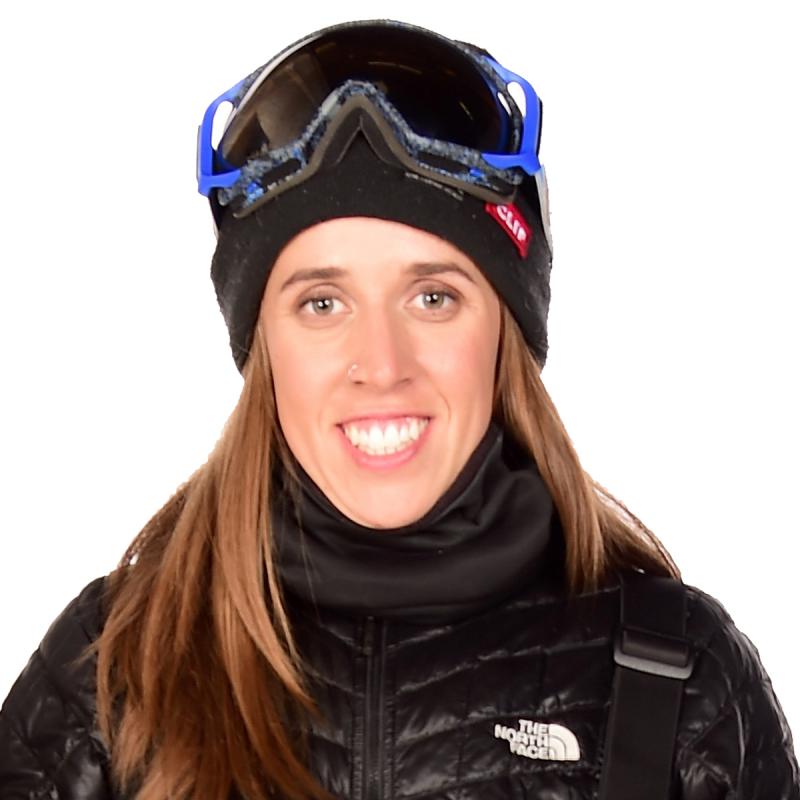 Maddie Bowman burst onto the halfpipe scene in 2012, and into the history books two years later by winning the first Olympic gold medal in women’s halfpipe skiing. The South Lake Tahoe native had a season-ending injury in 2015, but she was back in action in 2016, topping podiums around the world.