The Aerial Skier of Circus Descent 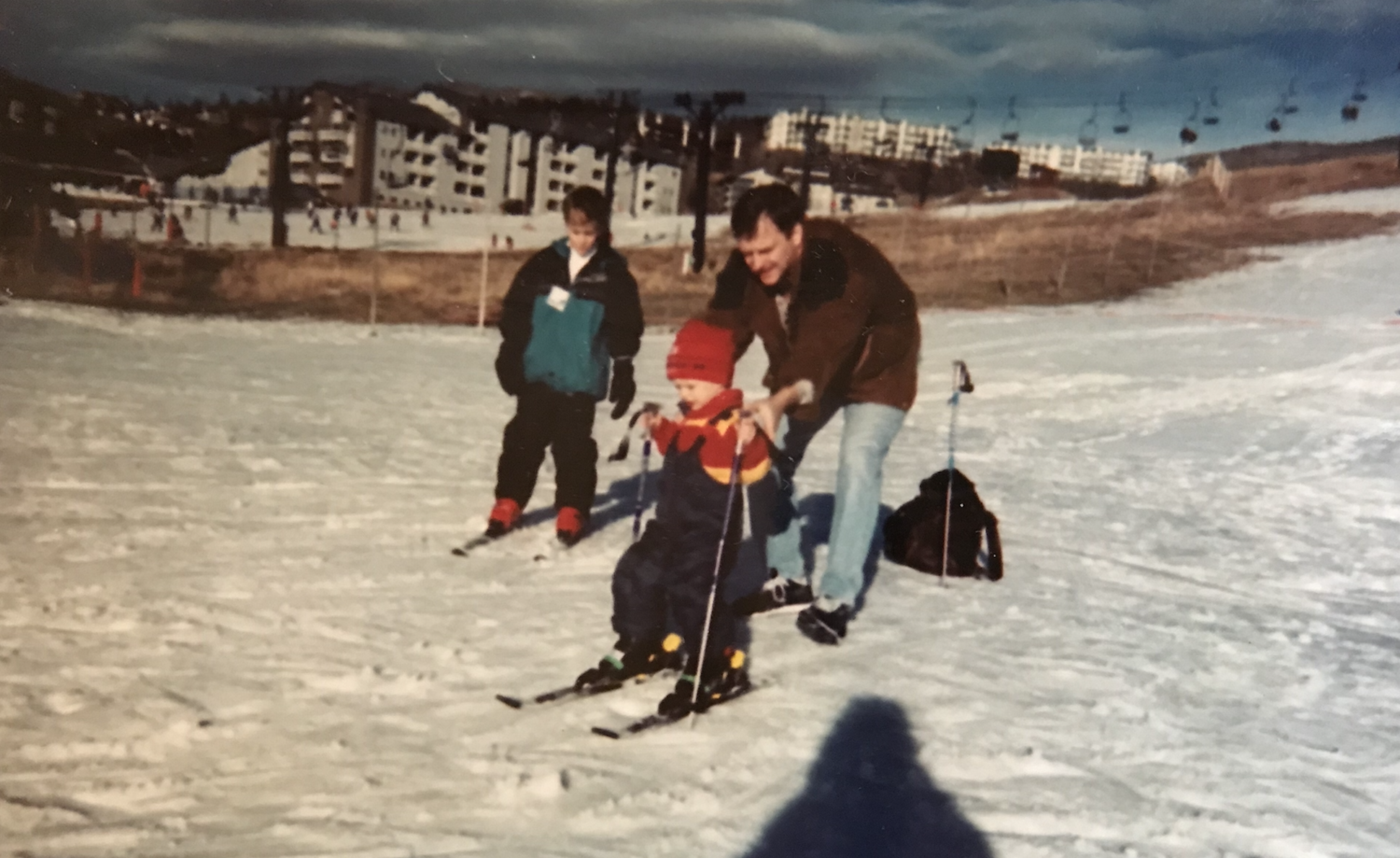 Nick's early days on the slopes with the other Novak men.

Aerial skier Nicholas Novak (Woodbridge, Va.) has proved to be a natural-born flipper. With eight career podiums on the Nor-Am Cup circuit, 10 World Cup career starts, and a bronze medal at the 2018 U.S. Championships under his belt, Novak is a strong talent on the U.S. Freestyle team. But how did he get to this point?

The simple answer is that flipping is in his blood. The Novak family has a long history in the flipping and twisting world. His parents, father Jaroslav (or Jadi) and mother Jaroslava (or Jarka), were both national team trampolinists in former Czechoslovakia during the 1980s. Despite their impressive trampoline skills, the Novaks did not get to compete in the Olympic Games due to political issues under Communist rule. “Every country that was under Russia’s control boycotted the games, so my parents never had that Olympic experience,” Nick said. However, the Novaks were still able to travel and compete on the world stage, which helped open their eyes to the rest of the world. “When they had my oldest brother, Lukas, they realized they didn’t want to raise him in Communism and needed to escape.”

The Novaks joined a traveling circus so they could travel out of the country and ultimately escape Communism. In 1985, after finishing a show in Portugal, an opportunity presented itself and they snuck away from the acrobatic group. With only a few suitcases and a baby, the Novaks escaped to Switzerland where they had family. Unfortunately, due to fear of repercussions, their family was not welcoming. The Novaks then moved to West Germany and worked while they applied for asylum in America. After 10 months of working, the Novaks were accepted into America and made their way to Boston. “It was just my dad, my mom, Lukas, $300 dollars, and a car when my family began their American life,” Nick says, “They didn’t speak English too well, but they got jobs in a gymnastics gym and that skyrocketed them to the path of their life.”

The Novaks bounced between the United States and Australia for various gymnastics coaching jobs for a few years. But after having another boy, Thomas, Jari Novak finally took a permanent coaching job at Capital Gymnastics in Virginia and the family officially settled there in 1990. Then the go-getter Novak family decided to take another life leap and create their own gym, now known as Novak’s Gymnastics. A few years later, Nick was born.

“Growing up, both of my brothers and I were high-level gymnasts, simply because we were a gymnastics family. But after some years, we all went on our own paths,” says Nick. Although his brothers switched to different athletic careers, Nick decided to put his gymnastic skills to the test with some of his teammates. “I was just finishing my freshman year of high school when I got recruited into the Elite Aerial Development Program (EADP) in upstate New York. Me and other members of the elite program at Novak’s gymnastics, who are actually still currently my teammates on the national team, moved to upstate New York, my dad got a job as one of the development coaches, and that was the start of both of our aerial career.”

The spontaneous flip from gymnastics to aerials was a lot for the Novak men, but they were both excited for the opportunities ahead of them. “My whole family loved skiing, but we skied at tiny resorts on the East Coast and I didn’t really realize what skiing really was,” says Nick. “I didn’t know until my first trip out here to Utah. The mountains, the quality of snow, it’s all completely unbelievable.” With Nick’s love for the snowsports mixed with his ability to flip and twist, aerials really were the perfect fit. “I now get to do two things that I really like and combine them together, it's amazing.”

Nick’s strong background in gymnastics does not go unnoticed on the slopes. The ability to rotate and flip off a jump seems to come naturally to him, and he credits his success as an aerialist to his hard work in his family’s gym. “It’s that gymnastics background that opened the sport to me,” he says. “If I didn’t have that, I wouldn’t have even known what aerial skiing was.” Nick’s gymnastics skills are also a crowd-pleaser while training. “I am always the kid that does the silly tricks. You can see me on the U.S. Ski Team page doing backflips into silly positions.”

Beyond instilling a love for acrobatics, the Novaks taught Nick to value his loved-ones and peers. Nick’s second acrobatics family, the U.S. Aerial Ski Team, keeps him grounded while he strives to reach new, trickier heights. “Obviously the competition and the sport are driving forces, but if I didn’t have such great support and amazing people that surround me, there is no way I would still be doing this sport,” he says. “When it comes to the whole aerial team, everyone is so talented and so supportive. It's a great environment to be in.”

With a rich family history, a strong gymnast background, and an overall positive outlook on life, Nicholas Novak is an athlete to watch out for this upcoming season.

@fortnite has nothing on me. . . . . . #backflip #aerial #summer #training #fortnite #fortnitememes #aerial 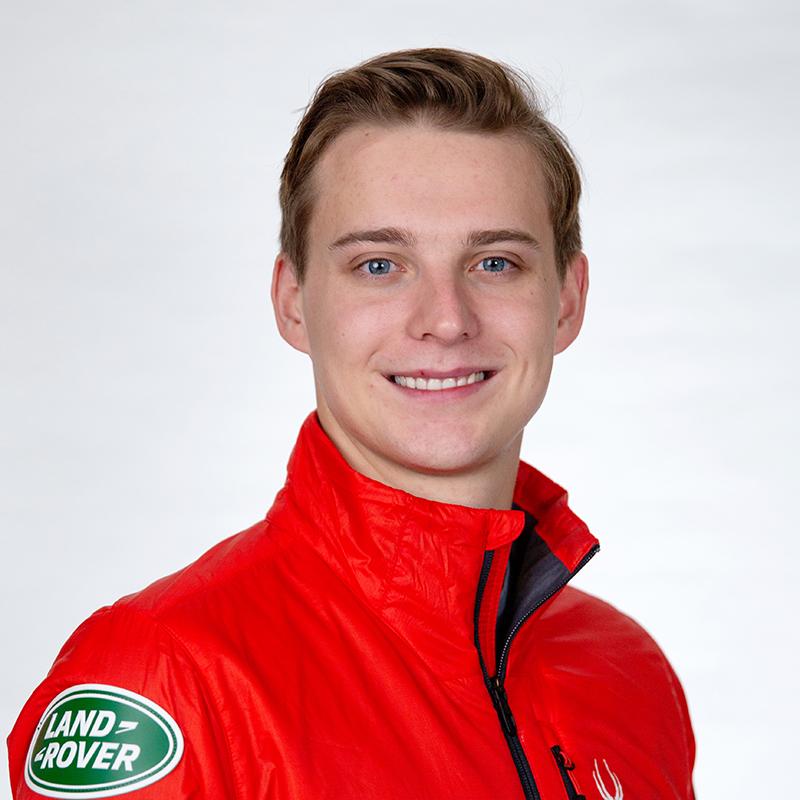 Nick Novak podiumed at five of the eight NorAm competitions in 2016-17, taking home the 2017 NorAm Grand Prix title and landing his spot on the U.S. Ski Team. in 2019 he competed on the World Championship team and had his best World Cup finish in 6th at Shimao Lotus Mountain in China.

Q: If you weren't an athlete, what would you be doing?
A: Become a yoga dance instructor.

Q: What are your pre-competition rituals/superstitions?
A: I like to be hungry while I am competing, which is easy considering I'm always hungry.