Kikkan and Liz: Leaving a Legacy 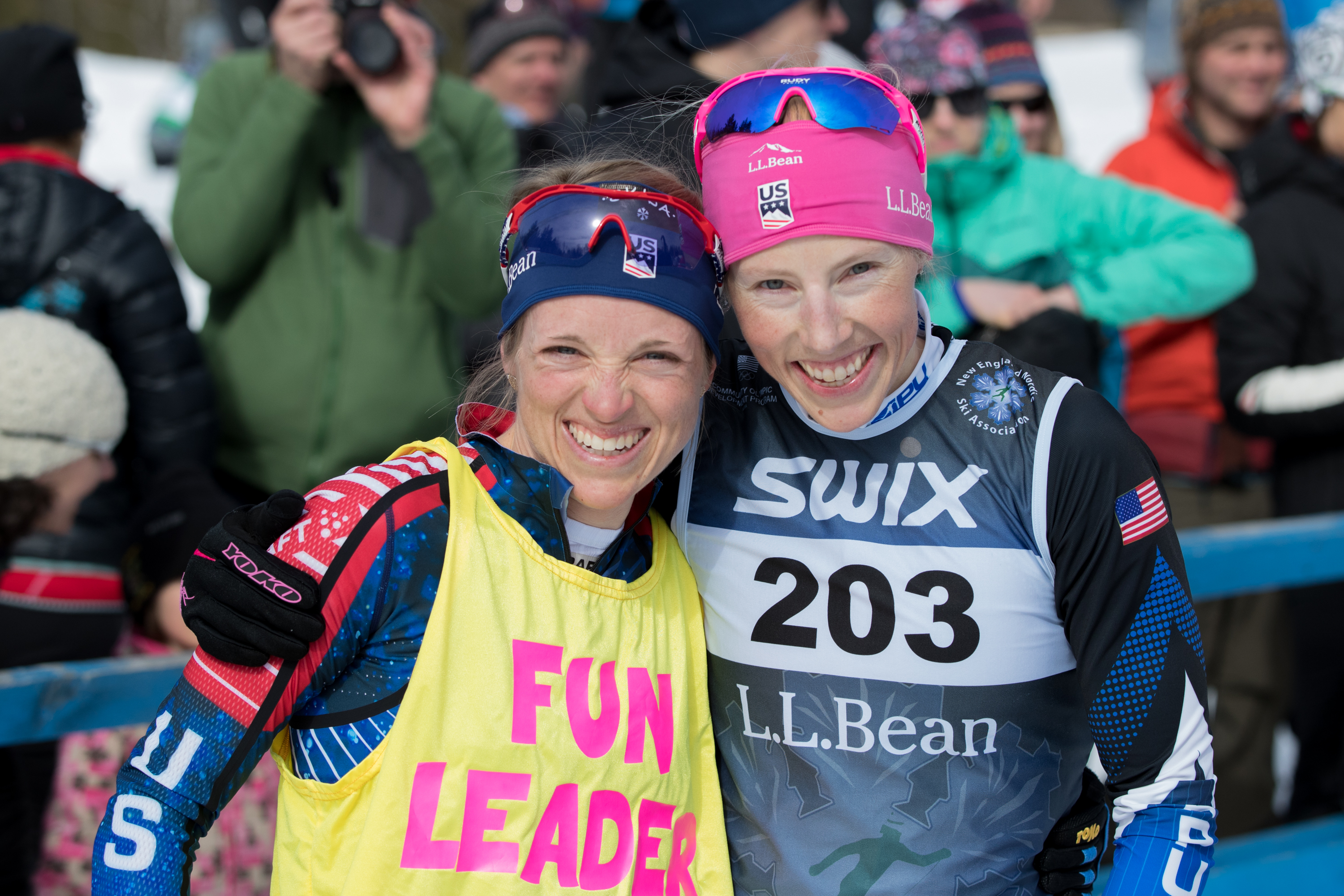 It was a busy weekend for the U.S. Cross Country Ski Team at the World Cup Finals in Falun, Sweden - a far cry from where things were a decade ago for the USA.

First it was Sophie Caldwell standing on the podium after finishing third in the season-long World Cup sprint standings - only the second American ever. Then there was Sadie Bjornsen, third in the pursuit finale and bumping herself up to sixth in the overall World Cup. Alongside Bjornsen was Olympic champion Jessie Diggins, second in the final race and boosting herself up to runner-up in the overall standings - a mere 40 points behind winner Heidi Weng of Norway.

In sport, it’s important to look back. If you want to get somewhere, you need to know where you’ve been. Amidst the celebration in Falun, there was also a touch of sadness. Finals are a time to honor the champions, but also to say farewell.

Over the past decade, the women’s cross country team has had plenty of inspiration. Two of those pioneers - Liz Stephen and Kikkan Randall - were calling it a career, donning costumes and skiing one more lap with a host of international friends also skiing their last races.

Kikkan’s story has become well known. The Anchorage native switched from cross country running to skiing in high school. As a teen, she came to the Salt Lake City Olympics with wide eyes. She finished 44th but was still motivated by the experience. It would be six years before she would win her first of 14 World Cups - a freestyle sprint race in the far away outpost of Rybinsk, Russia.

Along the way, she began inspiring a generation of young girls. She took a leadership role in her sport, pioneering new rights for athletes while serving on the International Ski Federation’s Athlete Commission and now with the International Olympic Committee. She masked the pain when things didn’t go as hoped in Sochi. And her heart leapt with joy as she hugged teammate Jessie Diggins when they won Olympic gold last month.

Most of all, she built a team. She learned that value in high school. And she carried it with her to revolutionize her sport in America.

Vermont’s Liz Stephen is a truly gifted athlete. She has the aerobic capacity to take on the best in the world on the flanks of Alpe Cermis in the finale of the annual Tour de Ski. As the U.S. Ski Team took baby steps taking part in the two-week stage race each January, Stephen showed her prowess across every event finishing as high as fifth in 2015.

“I remember watching Charlotte Kalla make a pass on an uphill corner near the top of Alpe Cermis,” said Stephen. “It was the most amazing thing I had seen - such a feat of mental and physical strength. Immediately - I wanted to do this event.”

Stephen latched onto the Tour de Ski in 2012. For seven seasons, she and Randall paved the way every January. On World Cup relay days, they pulled on their matching red, white and blue socks and formed the core of a team on which athletes cherished their selection to ski. They watched a team grow from within - knocking on doors that were unheard of just a few years ago.

After Sunday’s finale where it was a Norwegian and two Americans on the podium, Kikkan Randall scooped up two-year-old son Breck joining Liz for that final victory lap. Together they skied, their souls content on the role they had played in helping catapult their sport to new heights - comfortable with the legacy they were leaving behind.

“This is an astounding group of people we have here,” said Stephen. “This is a special bunch. The legacy that we leave will sustain this feeling and ability of others to perform at a high level in the future.”

Legacy is a powerful thing.