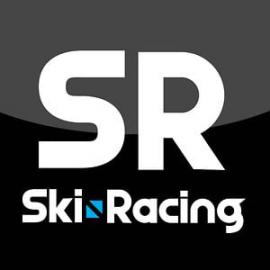 U.S. Ski Team alumna and former NCAA giant slalom champion from Dartmouth Anouk Patty recently caught up with Ski Racing's Edie Thys Morgan to talk about her "dream job" as the new U.S. Ski & Snowboard Chief of Sport. In the piece, they touch on Patty's athlete-driven approach, her desire to embrace higher education, and her vision for the future.

If an NGB was looking for a Chief of Sport, the ideal resume might include some of the following: Former world class athlete and NCAA champion; Ivy League educated MBA with 30 years corporate experience in finance and tech; extensive management and team-building skills overseeing strategic partnerships with professional sports organizations and sporting manufacturers; multilingual; loves to travel; avid recreational athlete in skiing, running, cycling, surfing, tennis and golf.

Anouk Patty’s resume could claim all of the above. The recently appointed USSS Chief of Sport giggles before she says the obvious: “It’s a dream job.”

Not only was Patty a world-class ski racer, but her professional resume is impressive to say the least. After taking some internships in sports marketing, she pivoted to investment banking. Her path included stints at boht JP Morgan and Bain & Company, during which time she got her MBA at Harvard Business School.

“I learned how to work really, really, hard,” Patty says. With that foundation, she took her talents to Silicon Valley and spent the next ten years at Intuit, where, while starting a family, she developed her management and leadership skills. For the next ten years, she remained in tech, mainly at HP, and shifted her focus to strategic partnerships—many in the sports world (NFL teams, Adidas, Under Armour)—related to 3D scanning and 3D printing.

When Patty describes her vision for the future, it does not include medal targets for the next quad or numerical performance markers. That, however, by no means softens her aspirations for top results.

“Don’t get me wrong,” Patty insists, “I want to win races and win medals—lots of them. But without a doubt, the way to get there is by putting in place the right culture, the right athlete support system and the right development programs that help the athletes achieve their dreams, because if the athletes are achieving their dreams, we’re all winning. You know, it’s a pretty simple equation.”