Vermonter and Green Mountain Valley School (GMVS) alumnus Ritchie was the 2019 silver medalist at World Junior Ski Championships at Val di Fassa, Italy, and recently grabbed a career-best 13th-place at World Championships at Cortina d’Ampezzo, Italy. He was a clear favorite coming into Friday’s race. On a perfectly prepared track with a course set by head men’s development coach Sasha Rearick, Ritchie capitalized on the conditions and ended up tied in first with Switzerland’s Fadri Janutin.

The pressure wasn’t a problem for Ritchie, who kept his composure and skied a solid second run, crossing the finish line in the lead by seven-tenths of a second over Austria’s Joshua Sturm, who would end up with bronze on the day. Switzerland up next, but Janutin couldn’t catch Ritchie, and crossed the finish line .48 seconds behind Ritchie to settle for the silver medal.

“It feels really good. A couple of years ago I was in second place...I wasn’t expecting that result...and then last year, unfortunately, things got canceled so I’ve been waiting for a long time and it feels good to come through when the pressure’s on,” reflected Richie. Ritchie, who has been focusing on a full World Cup and Europa Cup schedule this season, felt a different kind of pressure skiing amongst his peer group in Bansko, but he was stoked to live up to the challenge.

“It was a different feeling for me, this year I’ve been racing a lot of World Cups and Europa Cups,” Ritchie said. “It's different being the favorite here versus not being the favorite at some of those races, so I was really happy to be able to come through and take the win with that.” What did he do to ease the pressure? “I just relaxed and tried to pretend it was a training day, which is pretty hard to do sometimes, but I tried to relax and ski it like any other day,” he continued, in his calm and cool demeanor.

This title has been a long time coming for American men. Prior to Ritchie’s silver in 2019, AJ Ginnis—who now skis for Greece—was the last World Juniors slalom medalist, with a bronze in 2015 in Hafjell, Norway. The last American male to win the World Junior Ski Championships slalom title was none other than veteran downhiller and teammate Steven Nyman, with his surprise victory in 2002 in Sella Nevea, Italy. Rearick told Ritchie after the race that the men’s downhill team was “super fired up” and asked if he was excited to join the downhill team. “No, I won’t be joining (the downhill team) anytime soon...I’m not a downhiller. Yeah, that’s about it...I’m no downhiller,” Ritchie replied with a laugh.

“I’m not a downhiller.”—Ben Ritchie, on his WJSC Slalom Title and the fact that downhiller @Steven_Nyman was the last American male to win a @fisalpine World Junior slalom title in 2002. 🤣🤘

Slalom on Friday concluded competition for the men at the 2021 World Junior Ski Championships. What’s next for Ritchie? “Next is a little bit of training, and then Kranjska Gora World Cup, and then Europa Cup Finals and World Cup Finals...I’m really excited to go to Lenzerheide. It’s a really good opportunity to score some points, maybe even some FIS points...who knows,” he said.

Up next, the women head to Bansko and will kick off competition on March 8, with the super-G. Live timing will be provided by FIS. Fans can also watch all of the action, live-streamed on Bansko’s Facebook page. 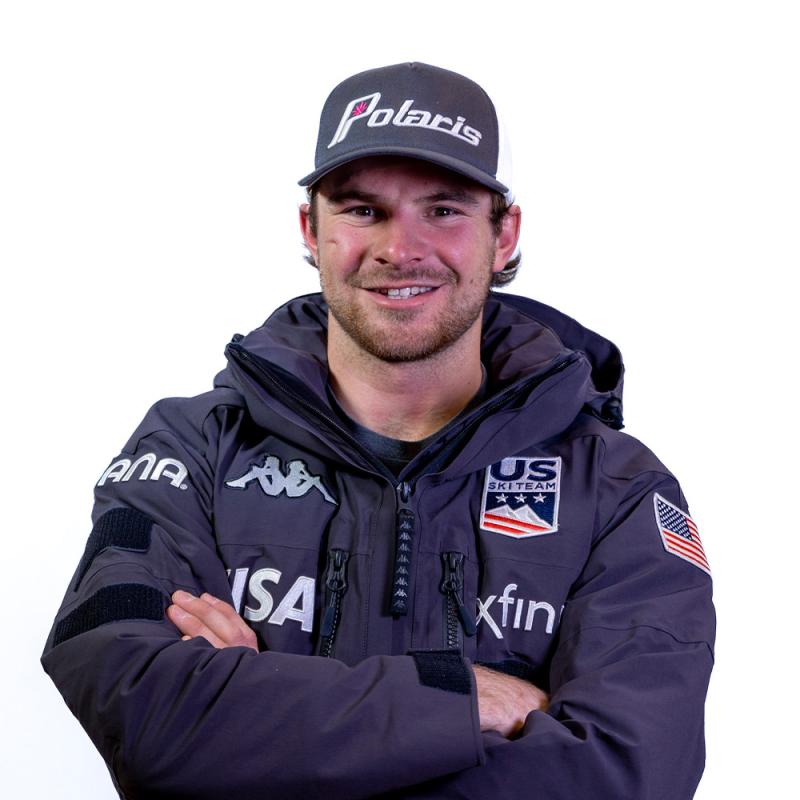