The U.S. Cross Country Ski Team is in Ruka, Finland for the first World Cup of the season, racing in three different races; classic sprint, 10k classic and 20k skate. Men and women all raced equal distance, which marks the first time equal distance has been implemented on the World Cup stage.

On Friday, Nov., 25, eleven athletes started the sprint race on the fast and quick course in Ruka. Julia Kern led the women's team with a personal record (PR) in a World Cup sprint, finishing in 11th place with teammate Jessie Diggins finishing top 30 in the stacked women's field. On the men's side, JC Schoonmaker had a stellar start to the season in 19th and Ben Ogden rounds out the top 30 finishing in 22nd. Norwegian star, Johannes Hoesflot Klaebo started off the season with a sprint podium for the men and Emma Ribom from Sweden was atop the sprint podium for the women.

On Saturday, Nov., 26, Rosie Brennan had a great day finishing in seventh, only 29 seconds back from the leader in the 10k classic. A two-time Olympian, Brennan is off to a great start in the first World Cup of the season. For the men, summer training is looking like it paid off, as Ben Ogden skied very well into a top-30 finish in 28th place with several teammates close behind, including Zak Ketterson who had his best classic World Cup start finishing the day in 31st. With one more race of the weekend to go, both men's and women's teams are looking strong, healthy and excited for more.

"I am very happy with today's race. It felt really good to be able to turn around after a disappointing day yesterday," says Brennan. "I was able to find a good rhythm and strong skiing today and that is all I can ask for in my first race weekend of the year. I am pleased with some of the technical improvements I have made over the summer and am hopeful to have stronger classic races this season. I am really looking forward to tomorrow. It feels like a big opportunity with a new distance and I am excited to see what happens!"

For the podium on the men's side, Norway's Johannes Hoesflot Klaebo snags another first place and Ebba Andersson from Sweden is the winner for the women's 10k classic.

What a weekend in Ruka! Today was the 20k skate pursuit on the hard, technical and hilly course in Finland. Both men and women raced the same distance and the Americans had solid races all around on the six-lap course.

Leading the charge for the women was Rosie Brennan, followed closely by Jessie Diggins. Brennan and Diggins stuck with the chaser pack for the majority of the race chasing down Frida Karlsson and Ebba Anderson from Sweden. Brennan pushed it right at the end and had a photo finish, ultimately landing in sixth place. Diggins was right there in top ten and crossed the line in tenth, which rounds out her personal best results in Ruka. Novie McCabe scored her first World Cup points of the season after finishing in 25th place and a trio of her teammates, Alayna Sonnesyn, Sophia Laukli and Julia Kern finished together, immediately embracing in a hug the second after crossing the finish line.

For the men, Scott Patterson was first on the team and in the mix the entire race, finishing in 14th place - his best result in Ruka to date. A great start to the World Cup for Patterson, who has shown what it takes to be in the top! The pack was fast, as were the skis. Johannes Hoesflot Klaebo (NOR) won again, but the American men held their own and worked together with the various chaser packs and had great races all around. Hunter Wonders had another fast day and skied to a 30th place in the 20k pursuit, with many of his teammates close behind, including Zak Ketterson, Gus Schumacher and Ben Ogden. 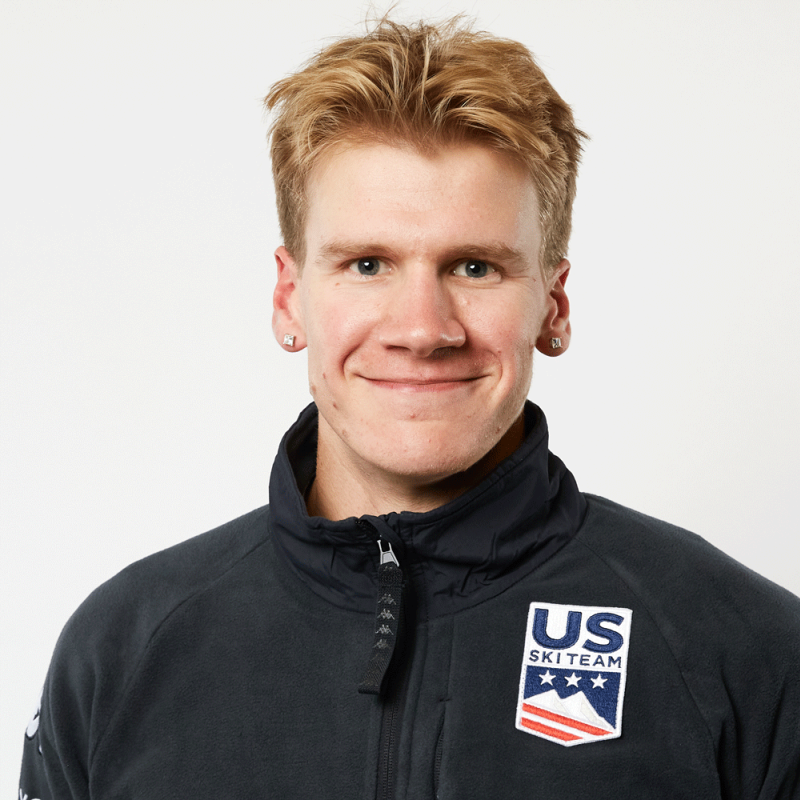