"I believe that we need to work together, as a ski community, to fight climate change, so that our children and our children's children can continue to ski throughout their lives!"

Want to look like an Olympian? Check out Laurenne's Favorites! 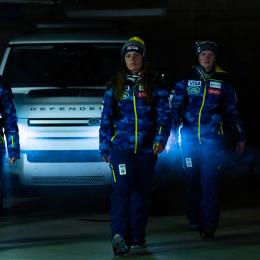 Hahnenkamm and Crans Montana Eve: The Most Exciting Day of the Year
January 21, 2021 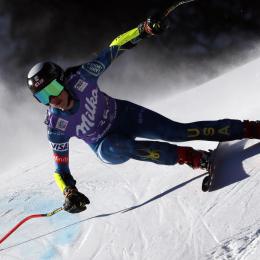 Ross Announces Knee Injury; Will Be Back
November 13, 2020 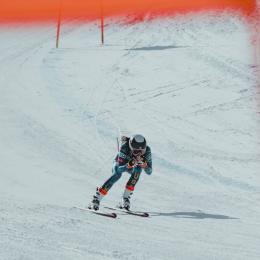 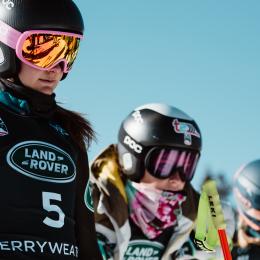 A talented artist as well as a ski racer, Laurenne Ross is one of the most dynamic athletes on and off the snow with incredible talent on violin, piano, guitar, vocals and as a visual artist. Born in Edmonton, Alberta, Ross cut her teeth at a small local hill but headed to the Canadian Rockies on weekends, where she raced her Dad (a former alpine racer) to the lodge. A creative to the core who is a seasoned vet when it comes to creating both visual beauties in the classroom and beauty in the form of arcs on the snow, the only question now is just how much more beauty Ross can create as she finds her consistent home back on the podium.

Since her World Cup debut in 2010, it was evident the podium wasn't going to be too far behind. Ross proved that in 2013, but 2014 was a different animal. After a slower than normal start to the season, Ross picked things up in the run-up to the Olympics and then posted a season-best 11th in the Sochi downhill. Ross started the 2015 season off strong, leading a solid effort by the women's speed squad that saw four athletes in the top nine. It was the strongest U.S. women's downhill team performance in two seasons. Ross went on to lay down a solid season with two 4th place finishes, six top 10 finishes and twelve top 15 finishes between World Cup races and World Championships.

After a solid, fast and consistent 2015 season, Ross nailed consistency in an even bigger way in 2016 with a steady and impressive climb to find her home on the podium once again. Ross amassed 14 top 15 finishes, nine top 10 finishes, and five top-five finishes—across three disciplines. Count 'em! At U.S. Alpine Championships in late in the 2017 season, Ross suffered from a severe knee injury and worked tirelessly to make it back in time to qualify for the 2018 Olympic Team.

FIRST TRACKS
One of three daughters, Ross picked up skiing at age two because of her father’s former alpine racing career. Like father, like daughter. The family kicked around at Snow Valley in Edmonton but headed to Canmore on the weekends, where Ross raced a bit at Lake Louise, Mt. Norquay, and Nakiska. After two seasons on the Development Team, Ross upped her status to the C-Team for 2010, but a haul of NorAm titles upgraded her in a hurry and she jumped to the top tier after the 2011 season.

OFF THE SNOW
It's all about rock climbing and creating for Ross—playing music, writing, knitting, and drawing. If there's a microphone around and music being played, Ross is in—on both—the music and the microphone. She's spearheaded many a winter jam session on tour with her teammates Mancuso, Cook, McKennis, and Smith, which spurred the FIS to make a film about the band. Summertime is spent working on her home, which she bought at the opening of the 2012 season, as well as catching up on classes—mostly art—at the University of Oregon.